On The Trail Of John Rain (雨) Part VII – Tokyo

In the last part of this series, Tokyo Fox brought you all the east Tokyo locations featured in the 2014 John Rain thriller ‘Graveyard Of Memories‘ which were shot in the space of a day spent cycling around the city.

Catch up on that here if you haven’t already seen it before continuing with this two-part feature which includes the remaining locations cobbled together from photos taken at each place in the past with some new shots thrown in for good measure too. Unlike that previous entry, these are in the order of what they appear in the book. * Spoilers are included below, you have been warned!

First up is Tokyo station (below, page 8) where Rain disembarks following a very short journey from Okachimachi in the wake of his altercation with three guys at Ameyokou in Ueno. 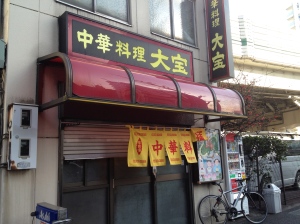 McGraw and Rain meet at Taiho Chuka Ryori at 2-7-23 Minami Azabu (above, page 36). The opening hours of this place are very limited and needless to say that when I turned up for lunch one afternoon recently it was closed. A shame as I wanted to try tanmen; a light soy sauce based broth composing chicken stock, simmered vegetables and spices.

Tokyo Metropolitan Library (below, page 37 & 106) 5-7-13 Minami Azabu is a place which Rain spent many afternoon in reading, particularly old medical and engineering tomes on the effects of electricity on the body. 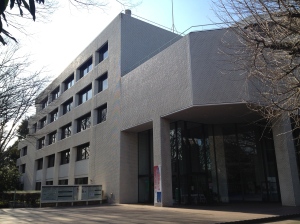 Business district Shinbashi (above, page 59) is in the south-east of the city and is where Rain calls Miyamoto to change their meeting place to the lobby of the Taiyo Bank on Sotobori-dori. My location hunting has a limit and there is no way I’m gonna look for a bank on this long stretch of road but a sign of the road (below) is included nonetheless. 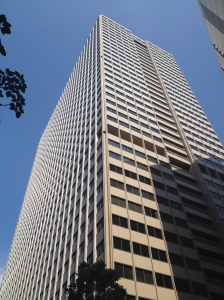 The unremarkable structure that is the Kasumigaseki Building (above, page 60) has Rain reflecting on how Tokyo was changing at an accelerating rate back in the early 1970’s when this prequel story is set and when the 30 storey building was briefly Japan’s tallest building.

Hamarikyu Gardens (below, page 61) is where Miyamoto, over a cup of tea at the Nakajima Teahouse near Otsutai Bridge, offers Rain a life-changing “one-time only opportunity with generous cash bonus attached.” 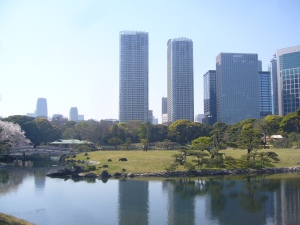 Rain reminisces about his mother enjoying Zoshigaya Cemetery (below, page 69) during cherry blossom season after going there for a meeting with McGraw. 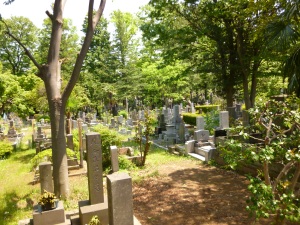 Taking precautions as always, Rain rides his motorcycle to Waseda Station (below) where he then takes the Arakawa Line (one of Tokyo’s last surviving tram lines) to Zoshigaya (below, page 70) station and subsequently the aforementioned cemetery nearby. 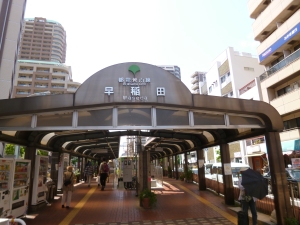 Shibuya Lion (below, page 73) is the coffee shop at 2-19-13 Dogenzaka where McGraw sends Rain to collect an envelope taped to the bottom of a certain seat. The place is quite unique with no-one talking and unlike the rest of modern Japan, no-one is using mobile phones as there is a sign on the door saying “no mobiles”.

Located on the Ginza line, Gaienemae station (page 79, 102, 107) is a couple of stops away from Shibuya and the underside of the first seat right in the corner is where Rain tells Miyamoto to tape an envelope of information and cash in US dollars. This bench (below) is on the Shibuya-bound platform close to the number three entrance.

Shin Okubo station (above, page 88) is the gateway to Korea-town and a kilometre or so from there is where Rain goes to a shop to learn how to pick locks. Four stops away from Shin Okubo on the Yamanote Line is Shibuya station (below, page 107) which is very much on the beaten track and famed for its scramble crossing whereby hundreds and hundreds of pedestrians cross the roads in all directions every three minutes. It’s featured in so many TV shows and films about Tokyo and has a small part to play in ‘Graveyard Of Memories‘ as it’s where Rain boards the train on the Ginza Line. 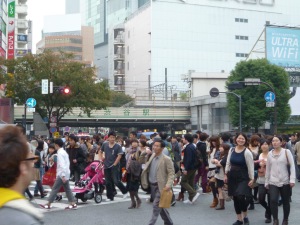 On The Trail Of John Rain continues in Pt VIII. Read it here.