It’s fair to say that I have been quite ignorant of all things African related throughout my life and my knowledge amounts to not much more than Cameroon’s exploits at Italia ’90, Live Aid and Comic Relief.

That was re-addressed in some way on a lovely sunny day a few weeks ago when I went to the African Festa in Hibiya Park. There were stalls from all the African nations (some of which I’d never even heard of!) selling many arts and crafts as well as some national dishes. I plumped for some Ethiopian food; a dish called ‘Queens Set’ and a tapioca strawberry milkshake which you can see in the photo below and judge for yourself on its appearance. To be honest it was ok but nothing special and probably better than I thought it would be.

I wouldn’t say I really know much more about African culture now but it did open my eyes a bit and got me thinking that I shouldn’t leave the door to Africa completely closed to future travel possibilities. For now though I am concentrating on Asia but there aren’t too many more places I want to visit in this part of the world. 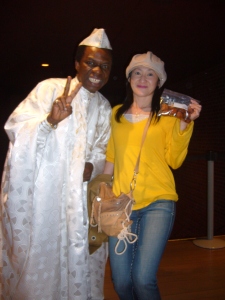 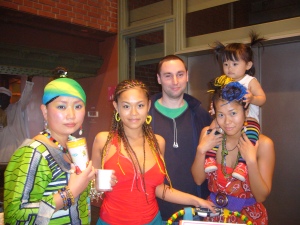 Also, this African Festa was sandwiched in between Thai and Sri Lankan festivals in Yoyogi Park. When I first hear about these types of events I usually think “Who the hell is going to go to that?” but am always amazed by the turnout of both foreigners and Japanese. It just goes to show that the Japanese do take quite an interest in other countries’ cultures. Not sure if that could be said for some other countries people.

A Leicester City fan teaching English in Japan
View all posts by tokyofox →
This entry was posted in Food & Drink and tagged African Festa in Hibiya Park. Bookmark the permalink.