In the third and final part of this Bungy Thrillogy series, Tokyo Fox looks back to Sunday 24th March 2002; the day of my triple bungy jump. I was travelling around New Zealand for a few months on the back of a years working holiday in Australia and was in Queenstown on the South Island. Thanks to the journal that I kept at the time it is now possible to recall the events of that day…

“At 6.30pm I walked on up to the gondola to meet American Chris who was jumping The Ledge with me 60 minutes later when sunset had been and gone. In the seven hours or so since the second bungy jump I had hardly given this third one any thought whatsoever but as we rode the gondola steeply up to skyline a few nerves crept up on me though they were no comparison for the earlier jumps. 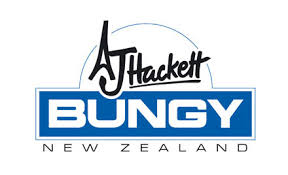 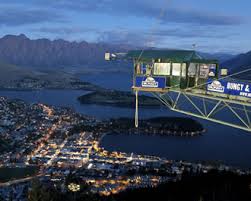 When we got to the top we had amazing panoramic views of Lake Wakatipu and the Remarkables and was actually looking down on the hut which we’d be running and jumping out of within the hour. My original plan (well, after my confidence had grown from the Kawarau Bridge and Nevis Highwire jumps) was to run off the ledge and do a few somersaults but I was now slightly worried about the waist harness doing me damage in the groin area!

We first watched fellow ‘Thrillogy’ jumper Danish Dennis take the run and dive and then when the skyline had darkened it was time for us to take the plunge into darkness. In some ways this 47 metre urban bungy looked worse as it was located 400 metres above Queenstown with the forest and gondola below. Unlike the previous jump sites, we could see out for miles over the town and surrounding area  (well, we could see the areas lit up in the distance anyway!) and then it was time to get into the harness and complete the most challenging day of my life yet. I went before Chris yet again but with very few nerves this time. I had to walk to the edge to look out and wave to the moon (the camera was in the same direction!) before retreating to the back of the hut ready for as long a run up as possible. 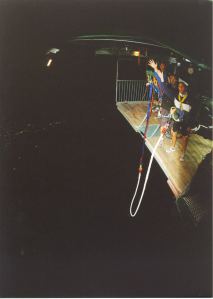 The instructor then said that I could go “when you’re ready” so I didn’t hang about as I ran and dived off into darkness. Within a couple of seconds I felt the tug of the bungy cord but this was not around my ankles. Instead it was around my groin area and as I sat in the harness swinging in the night skyline the pressure on that part of my anatomy increased! It was only as I was being winched back up (having had to to hook the rope on myself after it was dangled down to me) that the instructor suggested I lie back in my harness more.

After I’d seen Chris jump and the viewed the video footage of it (as well as receiving another blo*dy A4 certificate!) he gave Dennis and I a lift home in his car. I “treated” myself to a McDonalds meal for dinner but didn’t really have any kind of adrenalin rushing or pumping its way through my body which felt very anti-climactic in a way.” 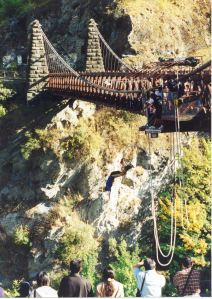 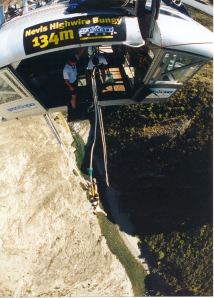