The cherry blossom season is upon us again in Tokyo and as ever the locals have been getting very excited about the blooming of the pink flowers. Despite what they may think, having four seasons and such seasonal events really is not exclusive to Japan but they certainly seem to be celebrated here more than elsewhere. They really are a huge deal and pretty much the whole population descend on parks and gardens to embrace the occasion.

One of the most popular places is Shinjuku Gyoen Gardens; usually a nice quiet place offering a bit of respite from the hustle and bustle of the Kabukicho district of the area. Not during the hanami (cherry blossom party) season though, thats for sure! My last time to (kind of) visit the gardens was in 2010 as I ticked off the ‘Top 25 Tokyo Sights…In One Day‘ on one of my cycling adventures. However, that doesn’t really count as I never actually went inside but I did in Autumn 2006 and Summer 2005. These are different times though now with a way larger amount of foreigners visiting these days.

On April Fools Day my wife and I joined the hordes of families, friends and colleagues to go to these picturesque gardens which it’s still hard to believe exist within the heart of Tokyo city. 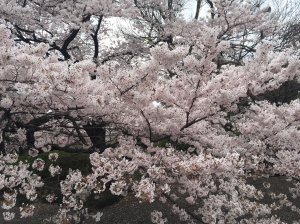 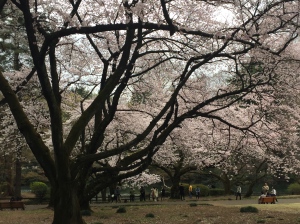 English landscape, French formal and Japanese traditional gardens make-up these sizeable gardens. There are over 1000 cherry trees and I recently read that the sakura may be viewed religiously, militarily and socially with the falling of a sakura petal symbolising a fallen samurai ancestor who sacrificed his life for the emperor. 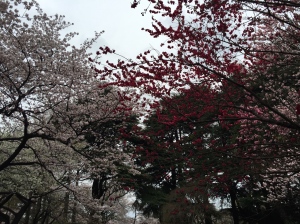 The sakura really is a symbolic short seasonal gift of mother nature that has an incredible pull on the population and such moments are simultaneously enjoyed across the city with joy and enthusiasm. Lord knows what the total number of pictures taken by everyone in such a place. Millions and millions I guess! 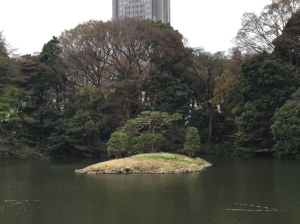 Click on the links below to read about other gardens in Tokyo:

How to get there: Most people arrive from Shinjuku Station itself (a 15-20 minute walk) but you can also enter via a much shorter walk from Sendagaya on the Sobu line. It is open from 9am to 4pm from Tuesdays to Sundays and entrance is just 200 yen for adults. 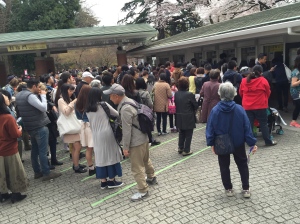