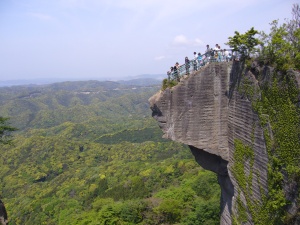 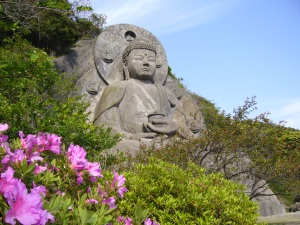 Venture about three hours south-east of Tokyo and you’ll come to a place called Nokogiri-Yama down in Chiba prefecture on the west of the Boso Peninsula. It’s taken me a while to get round to going to this place, which isn’t in any of your guidebooks, but last Friday I went there, and what a refreshing break from city life it proved to be starting with fish (below) being sold out on the streets around Hama-Kanaya Station. 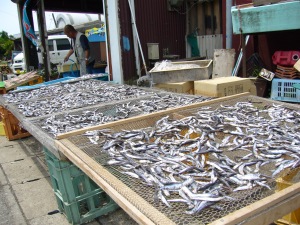 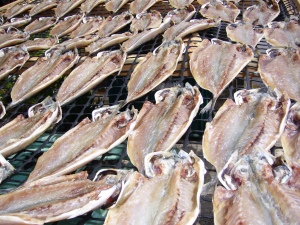 I went with my mates Asif and Gideon and though there were many people there, it was nothing like the crowds that would be at the touristy places in Tokyo. It was a lovely hot day so we walked through the forest (below) on up to the mountain rather than taking the cable car which had a bit of a queue for it. 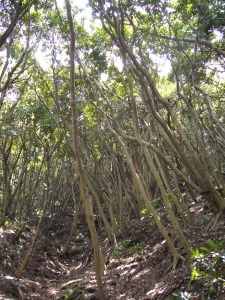 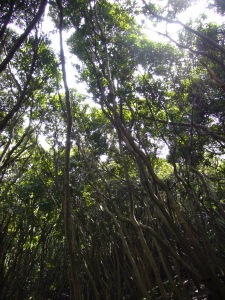 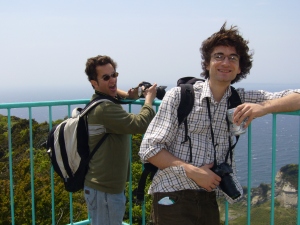 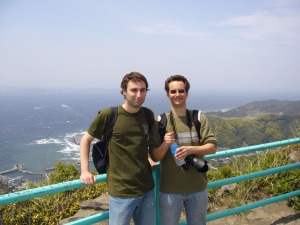 Coming from the concrete jungle it was very refreshing to see the mass of green rolling hills on the western side of Chiba’s Boso Peninsula as well as Kanaya Port and the coast of headlands, bays and islands. 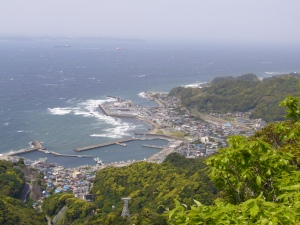 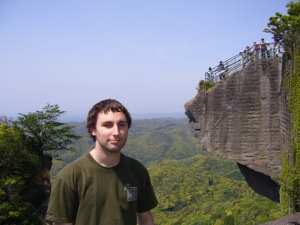 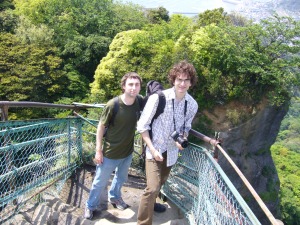 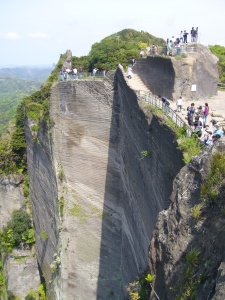 It was a real feel-good view and rewarding for the steep 330 metre ascend. 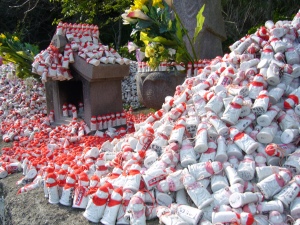 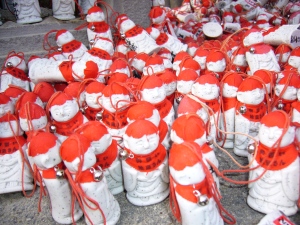 The main attraction was Japan’s largest Buddha statue which is 31 metres tall and is perched on the side of the mountain. Fairly impressive stuff though I’m sure there are many buddha statues which claim to be the largest, tallest, widest, longest, biggest reclining or whatever. More impressive were the lack of crowds (compared to the buddha statues in Kamakura or Nara), and the lawn which we could relax on while enjoying the view in the sunshine. 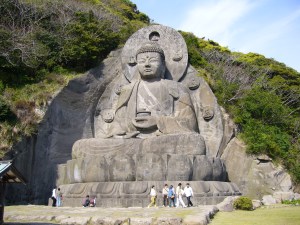 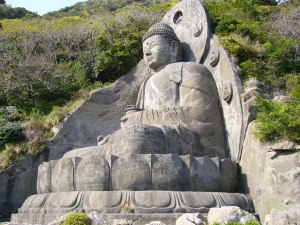 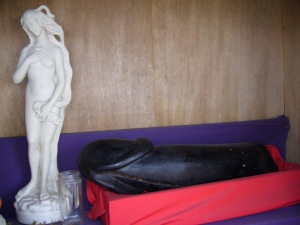 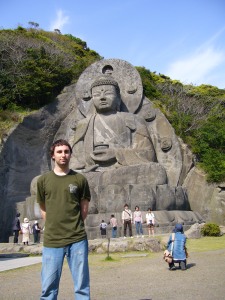 Next up were the 1500 stone figures of Tokai Arhats (novices in the beginning stages of the path to enlightenment) lining the mountainside path. At times it looked like a fairground shooting range stall as many of them had been destroyed. Lots of them were headless which gave me the opportunity to use my ‘Austin Powers‘ lines such as:

“not a good time to lose ones head”

“not the best way to get a-head in life”

“guess he’ll never be the head of a major corporation” etc etc. 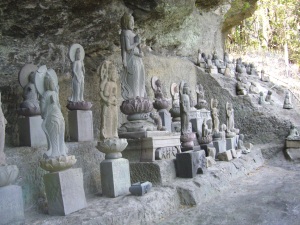 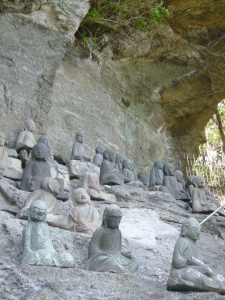 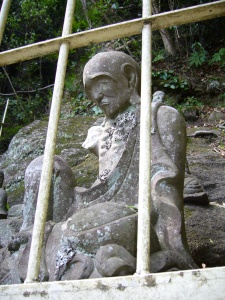 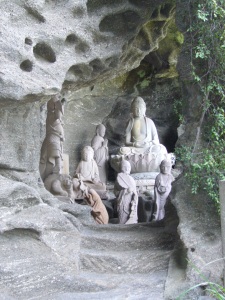