The Philippines 2007 Pt I – No Thriller In Manila But It Was OK!

I was a little apprehensive beforehand about whether my Philippine travel plans would be realised but in fact they were surpassed on what was a fantastic weeks holiday. Kind friendly people, lovely turquoise-green water, amazing islands, mostly great weather, beautiful women, good snorkelling and lots of adventure. First of all though I had to survive a night in the capital of Manila. 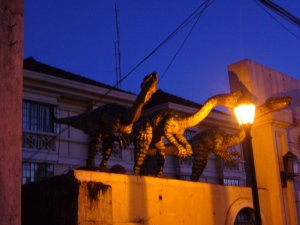 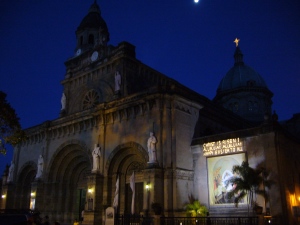 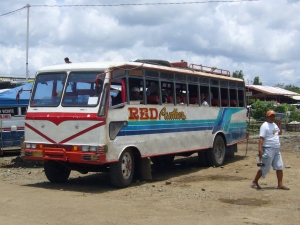 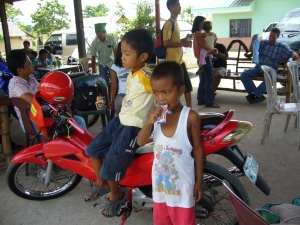 Due to the length of time spent at the Airport going through immigration, searching for an ATM, deciding where to go and taking a taxi it was already mid-afternoon by the time I found some suitable (i.e. cheap!) accommodation; the ironically named ‘Lovelymoon Pension’ at P400 (just over £4) for the night in the Malate area.

Once I hit the streets I walked along Baywalk promenade to Rizal Park where I met a Filipino called Eddie (or Eduardo) who I was suspicious of from the start but travelling must affect the brain as I kept talking to him when he approached me. I eventually gave him the benefit of doubt as usually they’re only after money. 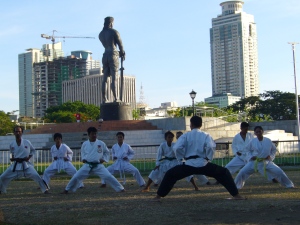 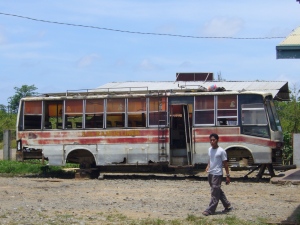 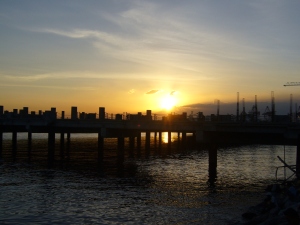 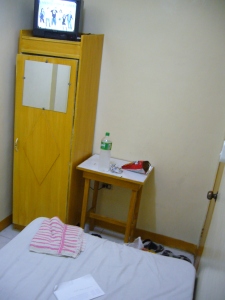 We watched a quite nice sunset together before walking back through the park to see Intramuros which is a ‘must-see’ in Manila according to the guide books. Having read about it I still didn’t really know what it is but after a night tour I discovered it was the oldest district in Manila with old style buildings buily by the Spanish which were closed and poorly lit at night so I wasn’t really any wiser!

After that we took a ridiculously cheap jeepney (colourful indigenous public transport) back to the Baywalk and had a few ‘San Miguel’ beers while watching a live band consisting of hot girls in short skirts and boots performing a medley of songs by the likes of the Sugababes, Pussycat Dolls, Mary J Blige and a load of other predominantly female bands or singers.

The following morning (Mon 30 Apr) I was up early to take a couple of jeepney rides to the Airport for my domestic flight to Puerto Princesa on the “last frontier” more commonly known as Palawan Island in the west of The Philippines. As soon as I arrived at the airport I took a tricycle to the bus station ready to take a bus up north to a town called Taytay and it was here that I met a really nice Belgian couple called Donald and Evelyn who would become my travel companions for the rest of my travels.

A Leicester City fan teaching English in Japan
View all posts by tokyofox →
This entry was posted in Asia Travel and tagged letspalawan.com, manila. Bookmark the permalink.

3 Responses to The Philippines 2007 Pt I – No Thriller In Manila But It Was OK!