Back To Britain Pt I – My Sister’s Wedding

On 11th September I went back to Blighty and even got to turn left on boarding the plane as I was upgraded (no such luck on the return!) which was a new experience. The reason for my five day return flight was to see my sister tie the knot at the Country Cottage Hotel in Nottingham at the weekend.

The gods were certainly smiling down on Lorna and Stuart as the recent rainclouds stayed away in favour of glorious sunshine. Without doubt I was looking the smartest I’d ever looked in my life wearing the same suits as the groom, the best man, fathers of the bride and groom and the ushers.

At 1pm we all rose to our feet as my sister Lorna made her way down the aisle to be by the side of Stuart to the tune of Chariots of Fire (yes, really!) before saying “I do”, reading their vows and all that which was over in a flash. 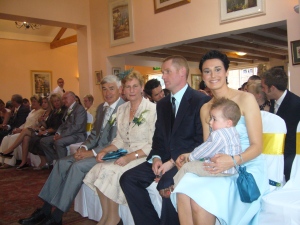 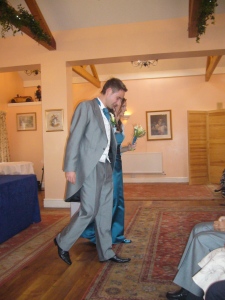 Champagne and photos (involving every possible combination of party guests) followed that and then it was time for the speeches from my dad (father of the bride), Stuart (the groom) and Matt (the best man) which were all very entertaining and in the case of Stuart’s in particular, quite emotional at times but yours truly didn’t feel moved enough to shed a tear or two. 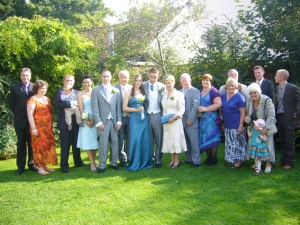 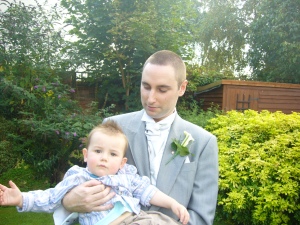 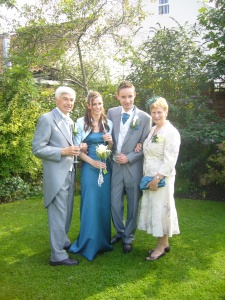 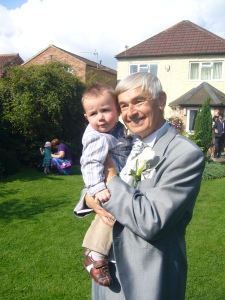 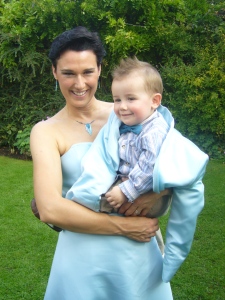 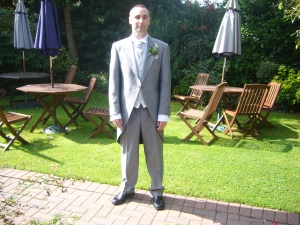 Having been out of England so much in the naughties I have missed a fair few friends getting hitched and so this was actually my first wedding since I was about 11 and very enjoyable it was too though I was battling agains the odds at times in terms of trying to overcome my jet-lag.

The wedding meal, confetti reception (once the newly weds had returned from their tour of Nottingham in the name of photos), cutting of the cake, first dance and disco all completed a very long day. Admittedly, going home for a long weekend may have been a pain in the ar*e in terms of getting time off and paying over-inflated flight costs but ultimately I was very glad that I made the effort. I enjoyed it very much and would even go as far to say that it surpassed Scott and Charlene’s wedding in the Aussie TV soap ‘Neighbours‘ in the late 80’s! I now await my next wedding appearance but who knows when that will be?!! 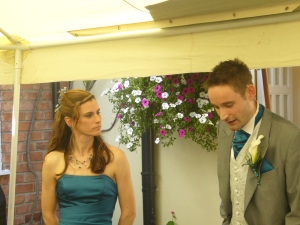 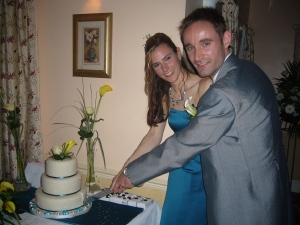 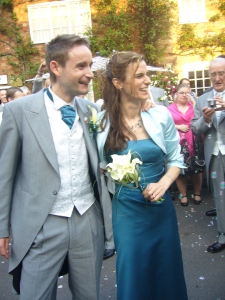 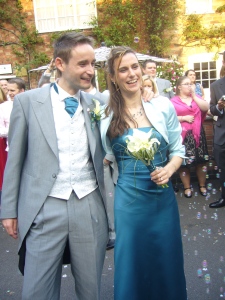 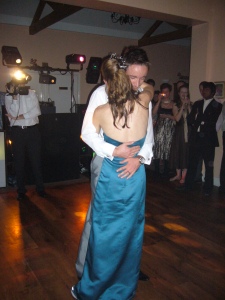 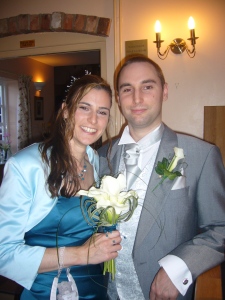 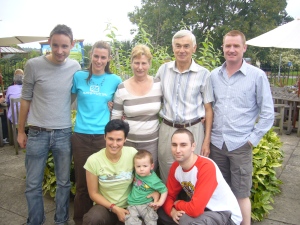 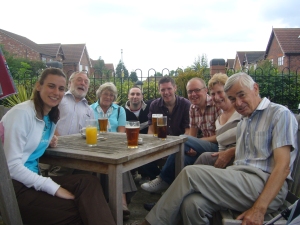 A Leicester City fan teaching English in Japan
View all posts by tokyofox →
This entry was posted in Family and tagged lorna and stuart wedding, Nottingham, scott and charlene wedding church. Bookmark the permalink.