My girlfriend and I used the recent Golden Week holiday to finally spend a couple of days together which is a rarity in such a workaholic country. On May 1st we went to Shinrin Koen which is a huge park about an hour away from our apartments by train followed by a short bus ride from there. Entrance was only 400 yen (about £2.50) but we were unable to rent a cheap bicycle there as they had all been rented out earlier that morning. Gotta say that this didn’t bother me too much as I have done a fair bit of riding recenly as regular readers (are there such people out there?!) may have noticed.

It was such a glorious day of sunshine so it was quite nice to walk around the vast park and its many features including the likes of a wading pool, an adventure course, streams, lakes, bridges, restaurants, a dog run, cycle tracks, lookout points, flowering tree, swamp land, hedge, herb and conifer gardens as well as sculpture and memorial squares. All in all we spent a relaxing four hours strolling leisurely around the fine lanscape and all that it has to offer which even includes a kind of squat-style toilet for dogs and a shop selling cakes for them too. Ridiculous really!

On leaving the park just before closing time we were shocked to discover that the last bus back to the station had already gone so the only option was the far more expensive taxi but luckily we found a man, wife and child to share one with. 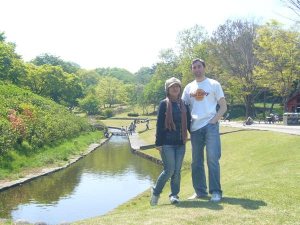 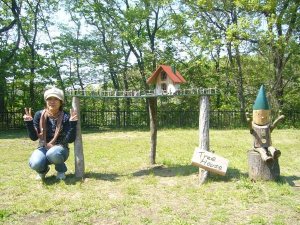 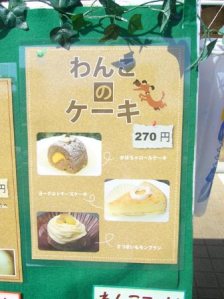