Steven Seagal delivers what he’s best at (?) in this 2005 film and by that I can only mean that he plays the one-man killing machine as he takes on Japanese yakuza. Japan Sword shop at 3-8-1 Toranomon (below) is the first location to feature on 11 minutes and it is seen again after 24 and 37 minutes. 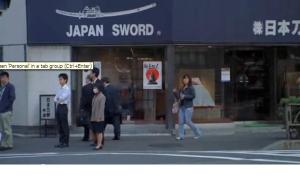 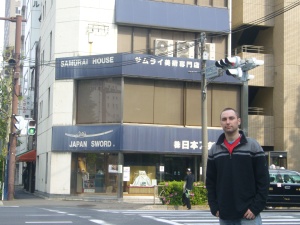 I’m not 100% certain but I think what is captioned as ‘Chinatown, Tokyo’ on 15 minutes is the one in Yokohama as Seagal walks through the Zenrinmon Gate (there are many different gates!) and then a piece of clever editing results in him being on a different street which is the first one on the right as you go under the aforementioned gate. 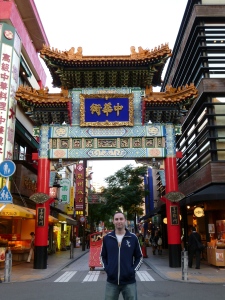 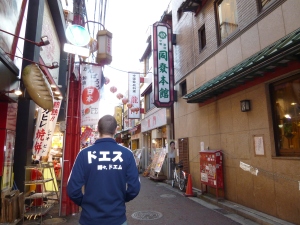 Fusion nightclub (below) can be seen on 23 & 69 minutes but it isn’t actually a club for it is a restaurant at 13-7-8 Roppongi in Minato-ku.

No doubting that its the one and only Tsukiji Fish Market (below) which appears after 25, 51 and 71 minutes.

The beautiful Hamarikyu Gardens (below) are within a stones throw of the fish market and play host to Seagal’s proposal to Nayako. Thats around the 41 minute mark and isn’t exactly a moving scene as he speaks English and she speaks Japanese as happens throughout the movie when they appear on screen together. The gardens are shown once more in the films final moments (91 minutes) with a reflective Seagal cutting a lonesome figure on one of the places bridges. 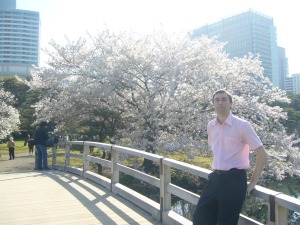 The young rookie FBI Agent Sean escapes from the grasp of the bad guys at Tsukiji Fish Market via taxi and then suddenly (55 minutes) he’s being driven down Yasukuni Dori (below) whilst he talks on the phone to his mentor. 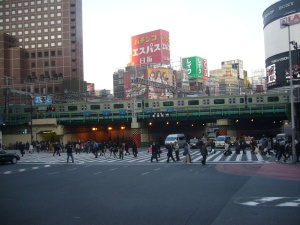 66 minutes are on the clock when Zojoji temple (below) in the foreground of Tokyo Tower makes its big screen (well, bargain bin dvd!) debut. There’s some meeting between the baddies though god knows why they chose to meet at such a public place!

On the other side of Tokyo Tower down a little side street (below) is where Seagal’s fiance Nayako is brutally murdered after 71 minutes having just left Fusion. Rainbow Bridge makes its usual appearance in any western film set in Japan shortly after that.