After the success of ‘Lock, Stock and Two Smoking Barrels‘ director Guy Ritchie cashed in and made a wholly enjoyable but very similar film before everyone started to get a bit fed up of his London gangster movies.

I’ve only got a few locations to show from this year 2000 movie and the first two are just metres away from each other. First up is ‘Premier House’ (below) at 12-13 Hatton Gardens which played the part of ‘Denovitz Diamonds’; the diamond shop of Doug ‘The Head’ played superbly by the late Mike Read. 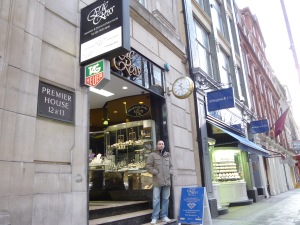 Down the alley next to that store is ‘Ye Old Mitre Tavern’ (below) where we first see Doug getting a phone call whilst Guy Ritchie can be seen reading a newspaper in the background. 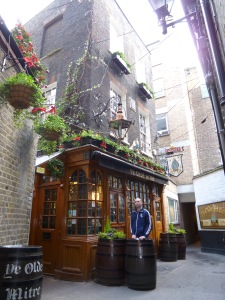 The Jolly Gardeners (below) at 49 Black Prince Road doubles up as The Drowning Trout where Bullet Tooth Tony (Vinnie Jones) is drinking a pint of Guiness after his car crash. Suddenly Sol and his bunch of masked amateurs catch up with him looking to relieve him of the diamond stone. Bullet Tooth Tony is far from intimidated though as he notices that it says replica down the side of Sol’s gun. Typical Ritchie dialogue is used during this exchange of words. Vauxhall on the Victoria Line is the closest underground station and the place has had a bit of a facelift since it was seen in the film 12 years ago. 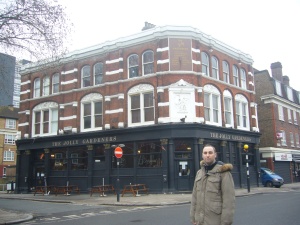