I was inspired to go for Lebanese food at this restaurant (one of three in Tokyo) after watching a couple of episodes of ‘Anthony Bourdain No Reservations‘ about the country. As this culinary travel show is coming to an end of its final season run I have been watching a load of its previous seasons episodes recently which has no doubt coincided with my increased enthusiasm for ‘Dining Out’ blog entries. Bourdain and his film crew got caught up in the crossfire in Beirut due to the 2006 Lebanon War (also known as the 2006 Israel-Hezbollah War) whilst filming back in season 2 (S02 E24: it was a ‘special’ episode). The city, which had only just been rebuilt back then after years of civil war and just freed of its Syrian occupiers, was “smashed back years” as they spent nearly a week under rocket fire and saw an international airport bombed to bits from their hotel vantage point. 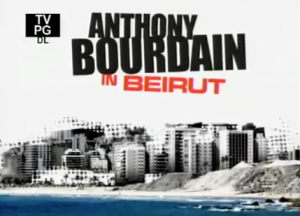 ‘Back To Beirut’ followed four years later in the 21st episode of Season 6 and as well as the emotional attachment to the city I was very impressed with the dishes and snack food that Bourdain sampled as he finally got to make the ‘No Reservations‘ show he set out to make four years earlier.

On the back of watching these programmes I sampled middle-eastern cuisine twice in the  same week. My girlfriend, her brother, his wife and I went for Israeli food at ‘Shamaim’ in Ekoda one Sunday (I’m not gonna write about each and every international restaurant I visit!) and then a few days later I took my girlfriend to ‘Sinbad’ (6-5-1 Nishi Shinjuku) for some Lebanese fare. 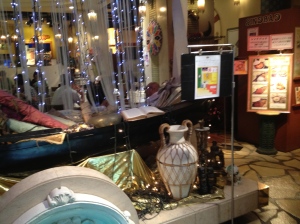 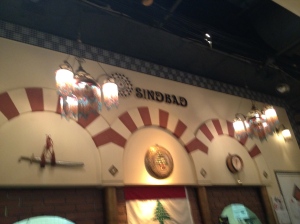 It’s in the heart of the business district on the west side of Shinjuku and is a small place which can be found in Island Tower in an area called Spice Lane. The restaurant doesn’t even have walls on most sides as its a kind of curtained-off area in the middle of a food court.

I remember going for Lebanese food with my friend Pooja in London way back in 2003 but can’t remember what exactly we ate. Maybe it was just a kind of sandwich or bread-type feast. This time I had beef doria with pita (950 yen lunch special) which was absolutely lovely but as ever I’m not sure how truly Lebanese it actually is and lets be honest whatever I had was never gonna compare to what viewers saw Bourdain eat on his television show. 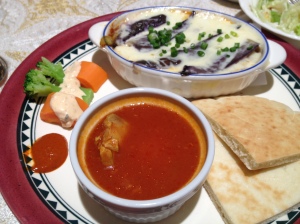 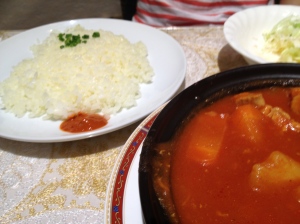 The service was kind of annoying as its one of those places with a rapid quick-fire turnover of customers coming in for quick food and leaving as soon as the last bite has been swallowed.

A Leicester City fan teaching English in Japan
View all posts by tokyofox →
This entry was posted in Food & Drink and tagged 6-5-1 Nishi Shinjuku, anthony bourdain no reservations, back to beirut, lebanese lunch tokyo, lebanese restaurants in tokyo, nishi shinjuku, sinbad, where can i get lebanese food in tokyo?. Bookmark the permalink.

5 Responses to Dining Out: Sinbad (Lebanese)