Cycling To Tsukuda And Back (Almost!)

On a bitterly cold and extremely windy February morning it would have been so easy for me to just take the Yurakucho line directly all the way to Tsukishima station but having the bicycle gives me the freedom to roam a city which is frustratingly difficult to navigate on foot at times. As it was, I would ultimately end up having far more freedom than I wanted but more on that later! My fingers and toes were very cold as I cycled the 75 minute trail from my apartment down through Tokyo and across the Sumidagawa river to the Tsukishima area which I was only in a few months ago when I did my gourmet snack trail tour with Asif.

After crossing the Sumida River via the Tsukuda Ohashi Bridge it’s the striking red Tsukuda Bashi Bridge which is the first point of note as you arrive in the quiet old town of Tsukuda. A student told me the following day that this artificial island is reclaimed land and used to be a small fisherman’s village more than 300 years ago when 33 fishermen of Osaka moved to Edo (the former name of Tokyo) to introduce the latest fishing methods at a time when Osaka was more developed than Edo. Tsukuda got its name from the village where those fishermen were from. 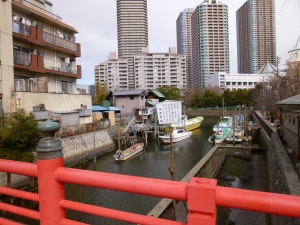 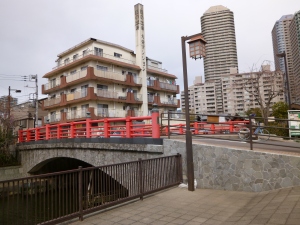 Sumiyoshi jinja was a nice little shrine just round the corner from the red bridge made that little bit better by the fact that it has a couple of foxes guarding it. 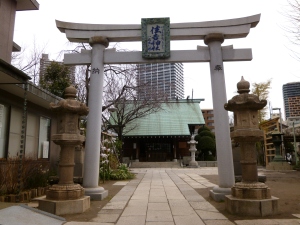 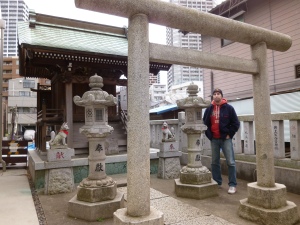 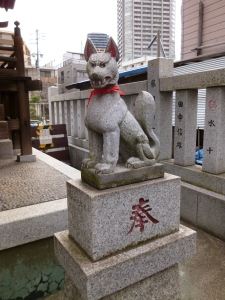 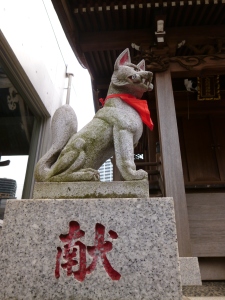 The lighthouse on the riverfront sure was a windy place when I was there. It is not the original one but a replica of which its prime use these days is as a toilet! 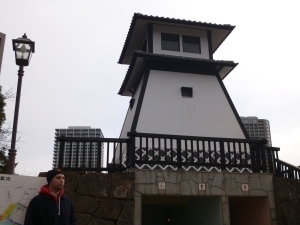 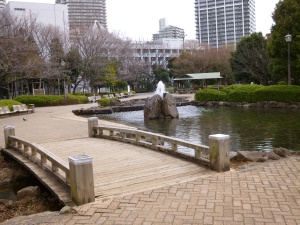 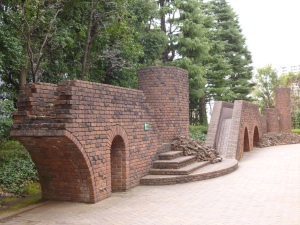 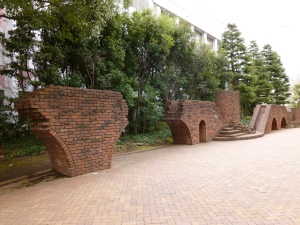 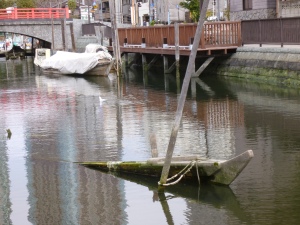 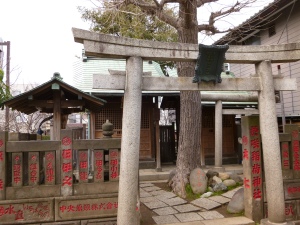 Back by the canal is the Tsukuda Namiyoke Shrine (above) which was built to pray for the safety of the fisherman. The stones around the tree supposedly have some significant meaning though I’m not sure what exactly!

About the only hive of activity in this sleepy area was a steady stream of customers visiting one of the traditional tsukudani (sea food boiled in soy sauce) shops. Tenyasu (below) has been open since 170 years ago and you can buy the stuff by measure but as it was expensive and I didn’t think it could be used so easily I declined the invitation. 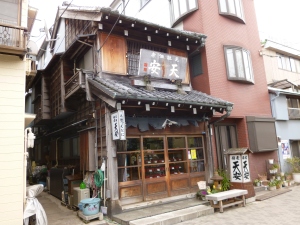 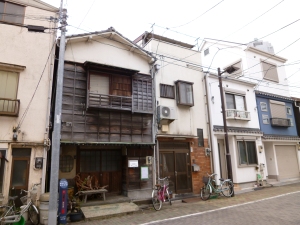 Like Shibamata (where I went a few weeks prior to this) there’s not really that much to do in Tsukuda, far less in fact, but if you’re in the vicinity then its a place with a nice, quite atmosphere to have a quick walk (or cycle) around.

I then cycled on to Higashi Ginza for lunch at a Dominican restaurant by the name of ‘The Santo Domingo’ where I had a lunch set for 1000 yen. Almost as soon as I left I got a puncture which to be fair I’m amazed has never happened on any of my other bike rides into deepest Tokyo. However, it wasn’t the first time this year as it happened on a nightmare day in Nicaragua back in early January.

There wasn’t much choice but for me to push the bike home and stop at a bicycle repair shop along the way somewhere. Google Maps told me it was a 3.5 hour walk home which I actually thought not too bad given how far I was from my place. Incredibly I didn’t come across a single one for over two hours and naturally it was when I took a slight mis-turn that I found one in Waseda where a very nice Japanese guy fixed it. He pulled a drawing pin out straight away which I hadn’t noticed! Not sure if I ran over it or whether some d*ckhead maybe put it in there as my bicycle was parked somewhere it shouldn’t have been whilst I was having lunch.

3 Responses to Cycling To Tsukuda And Back (Almost!)