Typical eh! You wait ages for a new film set in Japan to be released and then two come out at once! ‘Emperor‘ (2013) hit Japanese cinema screens on July 27th and this sixth installment in the X-Men film series had a worldwide release the day before that. Of course ‘The Wolverine‘ is yet to be shown on the big screen here but Tokyo Fox managed to get access to an exclusive pre-screening of it. 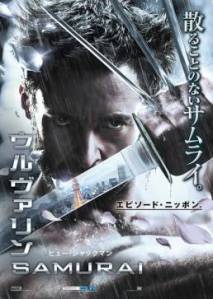 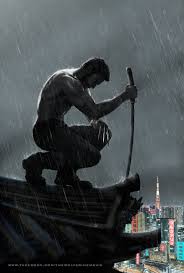 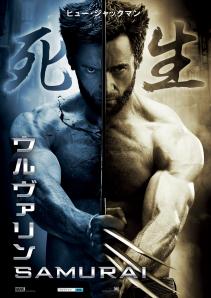 Now before I start, I do have to say that I have never read any X-Men or Marvel comics so my knowledge of this character is perhaps more limited than others. However, I did do my homework beforehand in one sense as I watched the previous five X-Men films in anticipation of this release and my visit to the temple where the funeral scene was filmed. I can’t say that I was too enthralled by those movies but I was very much absorbed by the  Logan/Wolverine character and, unlike many others, I actually didn’t mind the 2009 ‘X-Men Origins: Wolverine‘ film

‘Wolverine Samurai‘ as its titled here takes place after ‘X-Men: The Last Stand‘ (2011) and in a sense the movies opening storyline is very true to the heart of X-Men as the U.S. drops the bomb on Nagasaki in WWII. This particular event on 9th August, 1945 led to anxiety of the atom age breaking and the possibility of radiation and mutation affecting people. As  most of the soldiers commit suicide Logan saves a soldier named Yashida. Many years later, Yashida is a rich technology entrepreneur and still ever grateful for being saved, he invites Logan (via Yukio) to Japan because he’s dying from the radiation he was exposed to. He offers Logan the chance to become mortal if he promises to protect his grand-daughter, Mariko from the Yakuza. It’s an appealing offer for someone who feels his gift has been a bit of a curse recently.

Huge action star Hugh Jackman is always charming and charismatic in interviews and his portrayal of the ageless character is fantastic…. and a good job too as the film almost never leaves Wolverine’s side! Three female characters feature prominently with Yukio being the most interesting one; a ninja with the gift of seeing the future who acts as “bodyguard” to him as she calls it during the movie. Mariko (Tao Okamoto) was not so memorable for me and just a standard damsel in distress. The third is the venomous Viper (Svetlana Khodchenkova) who I didn’t really get into and thought she could have been utilised better.

I did find the film to include a few too many ninja fight scenes but I guess that’s what the kids want to see! Fights on top of moving trains have long been a feature of movies but the one on the bullet train from Ueno station was pretty exciting stuff not that any of the passenger extra’s seemed too bothered about all the destruction and devastation! What I did find of interest was the nod to a small scene in ‘Diamonds Are Forever‘ (1971) with someone being thrown over a high-rise balcony into a pool below by someone who didn’t know there was a pool there! Homage was also paid to Akira Kurosawa’s1957 film ‘Throne of Blood‘ (or is it just more a case of it not being too original lacking in ideas!) when the Wolverine is halted by the arrows of archers and turned into a pin-cushion. 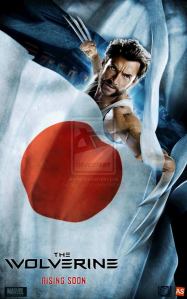 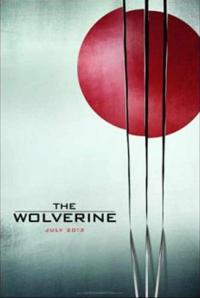 Japan is principally the backdrop for the majority of the flick with filming taking place at Tokyo Tower and Zojoji Temple as I revealed back in May but I should add that quite a few of the ‘Japan’ scenes were shot in New South Wales in Australia. Naturally, the cinematography was one of the films highlights for me in a film with plenty of plot loopholes and things that just don’t add up such as his memory but I guess you’ve gotta suspend belief a little bit when watching such films anyway. X-Men films always have a post credit scene and this one was no exception but I don’t really like these cheap ways of promoting the next film in the franchise with some vague ending.