Back To Where It All Began In Japan

Today marks ten years since I first arrived in Japan although I’ve not actually been here the whole time as I had a stint away in-between jobs in 2004 and 2005. All I can recall of my first couple of days was arriving late at night and being driven to my new home in Matsudo (which was in the middle of nowhere as far as I was concerned back then) in China-ken in the pouring rain and must have wondered what I was letting myself in for. The following day was just about settling in and trying to navigate my way around the area and working out the train system to go a few stops away to apply for the ‘alien’ card which all foreigners have to carry in Japan. The kind of thing I take for granted now but at the time it wasn’t so simple.

The day after that was very memorable as it was when England won the rugby World Cup Final which I followed up with an all-nighter in Roppongi but that’s a different story!

Back at the start of this year on a very cold January day (hence the snowy shots!) I met up with my old neighbour and good friend Gideon (of Gideon Davidson Photography fame!) at Shin Matsudo station (Joban and Musashino Lines) and took a trip back down memory lane to the old apartment block where we both lived in Matsudo-shi.

“Sakurakan” was the name of the apartment and to our surprise it was still standing!! As I’ve said before Tokyo metropolis ain’t half one ugly looking city with buildings pretty much erected (and pulled down) willy-nilly without any thought to the environment around it. This apartment is proof of the fact as it’s not much to look at from the outside but it did a fine job inside for the time spent there back in the dark ages! 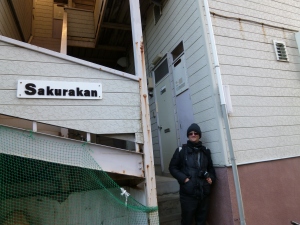 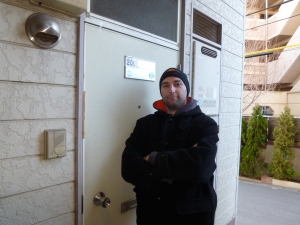 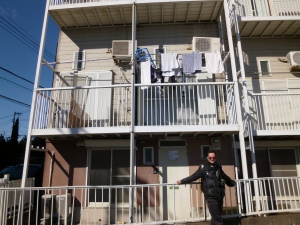 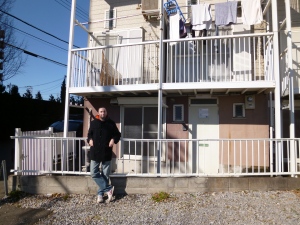 After a walk round the area taking in a few old haunts (7 Eleven, Jonathan’s, the game centre, the dvd shop, the huge fish market and the rubbish dump!) we headed on up towards  the station.

Along the way we had time for a quick stop at Tozenji Temple (below) which is one of Gideon’s favourite temples. 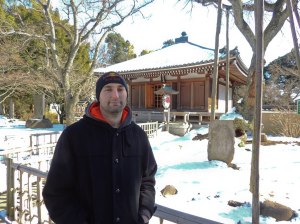 Three stations were all within walking distance of the apartment but it was Kita Kogane which was my most common choice. When I say ‘within walking distance’ I should add that it was still a 20 minute walk so once I’d gone home there wasn’t much chance of me returning to the area around the station where many of my workmates lived and hung out. 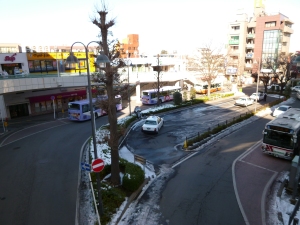 There were a couple of regular drinking places located on either side of the station (below) which played host to many a memorable nights out back in the day.

Next, we took the train a couple of stops up the Joban line to Kashiwa which was where I was mainly based a decade ago when I was working for Nova. I had some good times there and met some great people who remain friends to this day. However, the company was badly mismanaged and, as much as I felt sympathy for some staff and students following its demise, I can’t say I cared too much when the place closed in 2007. The school in Kashiwa used to be located within a few of the floors in the black building below. 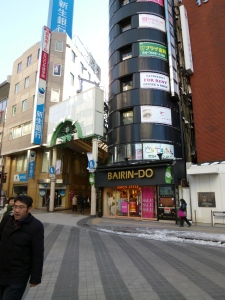 Gideon and I had lunch in Kashiwa and then took the train to Kanamachi station where we walked to Shibamata which I wrote about back in February.

8 Responses to Back To Where It All Began In Japan