Poor old Indy! A classic iconic character from a highly popular franchise but belonging to a franchise that often gets forgotten about when everyone is going on about the Star Wars with regard to Disney’s acquirement of LucasFilm. When they paid $4 billion dollars to buy out the production company they also gained Indiana Jones too.

With Walt Disney Studios announcing a week ago that it had reached a marketing and distribution agreement with Paramount Pictures for future Indiana Jones films the process of making and releasing Indy 5 should be much easier. To celebrate the news that there may finally be some more Indiana Jones material on the way, we have managed to cobble together some Indy locations for this feature! Here then, in no particular order, is the TF Top 5……Indiana Jones Filming Locations (that we’ve been to!!)

1. Petra (Jordan) – ‘Indiana Jones & The Last Crusade‘ (1989): The search for the grail leads Indy through the narrow Siq to the splendour of The Treasury at this world heritage site. It featured less memorably in ‘Sinbad And The Eye Of The Tiger‘ (1977) before our favourite fedora wearing doctor made it more famous over a decade later with Sean Connery, who played his father, by his side. More details here

2. Sidi Bouhlel, Nefta (Tunisia) – ‘Raiders Of The Lost Ark‘ (1981): When it comes to popular cultural references, yet again Indiana Jones lives in the shadows of ‘Star Wars‘ where the canyon memorably featured in the 1977 original film. George Lucas was obviously impressed with the area as he used it again years later for the scene where Indiana threatens to blow up the Ark. More details here

3. Chiesa di San Barnaba, Venice (Italy) – ‘Indiana Jones & The Last Crusade‘ (1989): Indy finds an important clue relating to the numeral ‘X’ in this place which is a library in the film. More details here 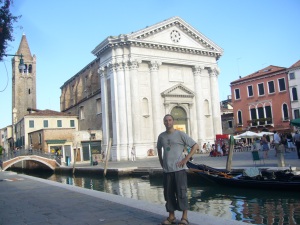 4. Royal Horticultural Hall, London (UK) – ‘Indiana Jones & The Last Crusade‘ (1989): This place in Westminster on Greycoat Street portrayed Berlin Airport as it did yet again in ‘The Saint‘ (1997). More details here 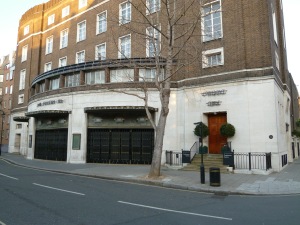 5. Kairouan (Tunisia) – ‘Raiders Of The Lost Ark‘ (1981): The streets of this Islamic holy city in Tunisia’s carpet capital represented Cairo in Egypt and many of these places look very similar today. Perhaps the most famous scene is the one in the market where Harrison Ford (kind of!) improvised a scene and just shot the sword-wielding assassin as the extreme heat was affecting his health and he just wanted a short end to the filming. More details here 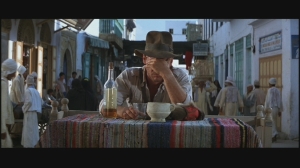 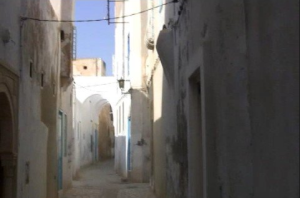