Fuelled by a memorable and ever-lasting theme tune the ‘Mission: Impossible‘ film series currently stands at four films starring Tom Cruise as IMF Agent Ethan Hunt. There is talk of a fifth movie scheduled for late 2015 but for now we will have to settle for what we’ve got from a series which is the 15th highest grossing film series of all time with over $2 billion worth of worldwide gross. The series has taken place around the globe in the likes of the USA, Australia, England, Czech Republic, UAE, Russia, Scotland, India, Hungary, Canada, China and Italy so here are the TF Top 5…… Mission Impossible locations. Warning! This piece may contain plot spoilers!

1. Xitang, Jiashan County, Zhejiang Province (China): ‘Mission: Impossible III‘ (2006) – Hunt and his team track down the mysterious rabbits foot to Shanghai and, though its not named, the place Hunt ends up in is Xitang. He finds villain Owen Davian here and basically accomplishes his mission. More details here

2. Bare Island, La Peruse, Bottany Bay, New South Wales (Austrlia): ‘Mission: Impossible II‘ (2000) – This island, south of Sydney, is villain Sean Ambrose’s hideout and one that provides one of the movies most iconic images as Hunt rides his motorcycle through balls of fire as he escapes from the fort. More details here 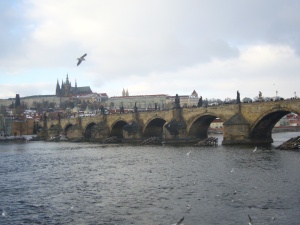 4. Anchor Tavern Pub, Southwark, London (UK): ‘Mission: Impossible‘ (1996) – This is the terrace pub on London’s South Bank where Hunt finally gets to take it easy for a few moments as the film comes to a conclusion. More details here 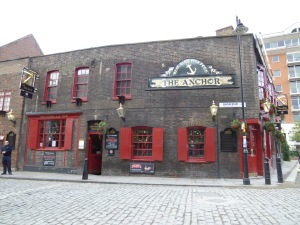 5. Caserta Palace, Caserta (Italy): ‘Mission: Impossible III‘ (2006) – This palace has featured prominently in movie history and in this film it doubles up as Vatican City which Ethan and the team infiltrate to capture antagonist Davian who is there to obtain the mysterious ‘Rabbit’s Foot’. More details here

A Leicester City fan teaching English in Japan
View all posts by tokyofox →
This entry was posted in Movie Locations and tagged Bare Island, caserta palace, charles bridge mission impossible, how to get to xitang, Mission Impossible Filming Locations. Bookmark the permalink.