From time to time I tear interesting travel articles out of magazines and keep them in a file on the off chance that I may one day visit the place in question. Most of the time they are just forgotten about and the file just collects dust but by chance I found an old cutting the other week featuring something called Onomichi temple trails which captured my interest. I relayed this information to my other half and her parents, and it was decided that we’d visit Onomichi on our second and final full day in Hiroshima.

Now, I had no idea where Onomichi was and didn’t realise that it was actually two hours away albeit still within the boundaries of Hiroshima prefecture. Senkoji Park rests atop a mountain overlooking the city, and was our first destination and with it being a lovely Spring day (albeit in the pre-cherry blossom phase sadly!) it was nice to walk around the meandering paths which took us by the graves of many famous literati people…not that I knew of any of them! There is an observation deck providing 360 degree panoramic views of the area and there is a ropeway to take you down the mountain if you want it but we didn’t do that and just followed the trail down to the historic Senkoji Temple. 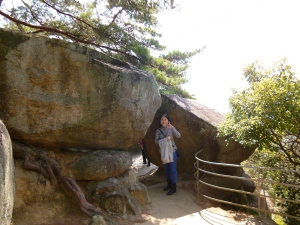 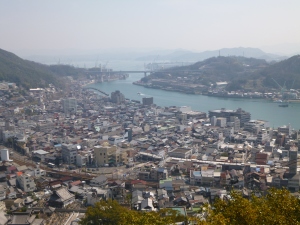 The temple is the symbol of Onomichi and said to have been founded in 806 and its bell tower is famous for its chimes on New Year’s Eve. The name means “temple of a thousand lights” and is not only interesting for its views but also for many of its little intricacies such as the the stuff related to star signs. Of course I’m sceptical of horoscope-related stuff but I’m told it’s lucky that the star signs of both my girlfriend and I are side by side in this place. 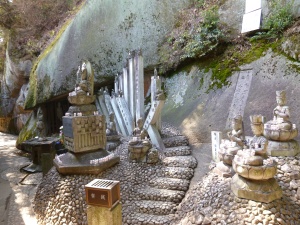 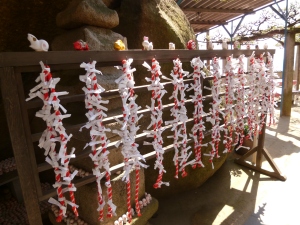 We then drove over to see it from the other side in Mukaijima. This side of the sea gave us some lovely views of all the little islands and it was easy to see why Einstein (no, not the dog from ‘Back To The Future‘ but some other guy who was a famous theoretical physicist!) said it was the most beautiful lake he’d ever seen not realising that it was actually the sea! 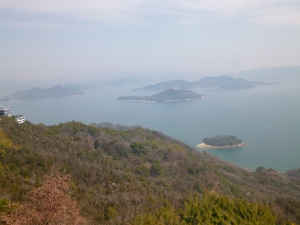 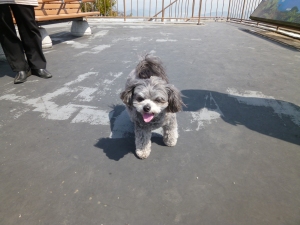 I think its fair to say that the Japanese are food-obsessed and ramen (chinese soup noodles) is one such dish which really gets their taste buds working overtime. Naturally, there is something called Onomichi ramen and the plan was to try and find a place which my girlfriend’s father remembered from over 30 years ago. It would have made for a nice story but inevitably it had long gone. Though different to my usual favoured tonkotsu flavoured preference Onomichi ramen really really nice and I sucked up those delicious noodles in no time.

After our late lunch we headed back to Hiroshima city. Whilst I was a bit sad to not walk the temple trail I felt very lucky to have gone off the tourist trail and been able to see the views I did. I’m sure it won’t be too long before we return to Hiroshima and maybe we can return to Onomichi one day to actually do walk which I assume is similar to that of Kita-Kamakura in Kanagawa prefecture.

As we got closer to home, by miraculous fortune, I spotted the WoodEgg Okonomiyaki Museum building and we stopped to get a picture of the interesting architectural design. 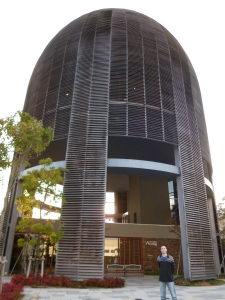 Dinner was a spread of many, many Japanese dishes cooked by my girlfriends mum and delightful they all were. They included chirashi-zushi (scattered sushi), roast beef, hotaruika (some kind of squid), fish head, itawasa (fish cakes) and some other stuff which I now forget. 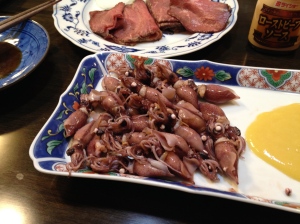 A short trip but a good one although it could have inadvertently been longer as we only just managed to make our flight on Tuesday morning by the skin of our teeth. Our flight was at 9am and we arrived at the airport at 8.45am and was able to board the plane just seconds before they were to close the gate. That rush to the airport was as close as I’ll ever get to recreating something from out of a film and I hope I never have to experience such a thing again!