The family day at Hampton Court Palace and the trip back to my hometown cut into our trip quite a bit (in a good way!) thereby limiting what we could actually see and get done in London to an extent. This entry includes random photo’s and basically ties up the various bits and pieces that were done in the nations capital in between all the other things going on.

Holland Park was our closest tube station and due to jet lag we were there before 8am on our first free day. I’m a fan on the world’s oldest underground railway and it was kind of cool to have the place to ourselves for a few moments before we rode on to meet my parents-in-law who were staying at a hotel in Shepherds Bush.

Like last year, we started our tour of London at Waterloo station which is always a good place to take in a few sights in quick succession. Starting with the London Eye, you then see the view across the River Thames to the Houses of Parliament and Big Ben not to mention perennial tourist pleasers like double decker buses and black cabs. Sadly, it was a drizzly early Sunday morning as we walked across Westminster Bridge and down Whitehall (going past Downing Street) towards Trafalgar Square where conditions worsened. As a result, it was decided to take them to an indoor place so we tubed it to Tottenham Court Road to visit the nearby British Museum which my father-in-law in particular was very keen to see. We left them to it there as we had to get back for a bit of rest ahead of a long evening event which my sister and brother-in-law had lined up for us. 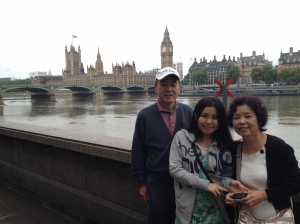 The next day began with a quick look around Portobello Road running parallel to our rented apartment on Ladbroke Grove. The main event of the morning was to be the changing of the guard at Buckingham Palace; an event which takes place every other day and one that was absolutely packed with thousands of tourists on a lovely sunny morning. True to stereotype, my wife and mother-in-law are both fairly short meaning they had a restricted view of events so we didn’t bother hanging around for the whole thing. 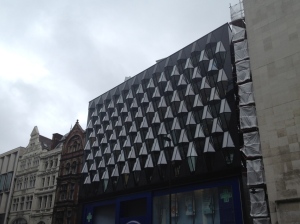 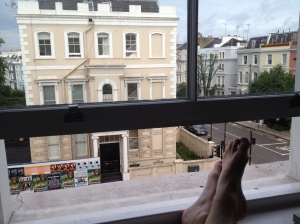 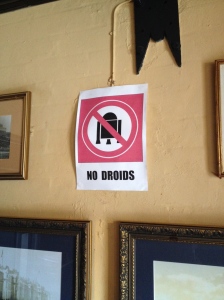 That lunchtime I met one of my friends for a pub lunch in a bar that doesn’t allow droids and after a couple of hours with him I set off to North Acton to find Jimmy’s (Phil Daneils) house from ‘Quadrophenia‘ (1979) which involved a 20 minute walk from the station past this incident under a bridge nearby. The weather really couldn’t make up its mind whilst we were in the country with sudden but fairly constant downpours of rain occurring throughout each and every day. Click here to see the London filming locations for ‘Quadrophenia‘. 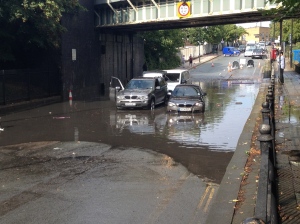 One of my friends in Tokyo recommended a Lebanese restaurant in Soho and usually I take such things with a pinch of salt but as I was on my own one day and wanting to sample something different to usual I decided to pop along to Le Comptoir. I splashed out on a pot of mint tea and a spiced minced lamb kofta wrap platter which was served with hummus, salad and pickled cucumber.

It tasted great and by chance I returned to the same area the following day too when I met up with friends Richard and Mizuki. A year on from our last meeting and their 20 month old boy definitely likes using his legs now he can walk. Not a shy boy, that’s for sure as when left alone he would just wander through the middle of a group of strangers standing around on the streets! Will be interesting to see how he grows and develops over time!

It may be quite surprising to some that I have never actually eaten Japanese food outside of Japan but that changed on this trip as my wife and her parents twice went out in the Shepherds Bush area to see how it compares to whats served up in its homeland. Quite interesting to see the differences in style, presentation, taste and service! Whilst I didn’t mind it, it must all be a unique experience for Japanese visitors to London though I can’t have any sympathy really if all they do is sample their own cuisine! 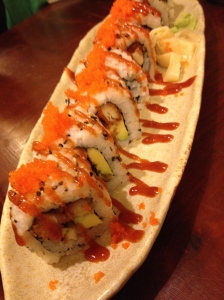 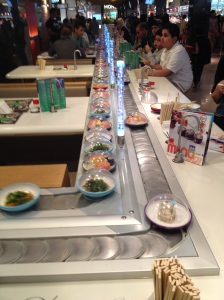 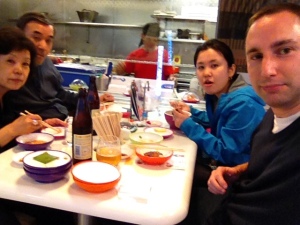 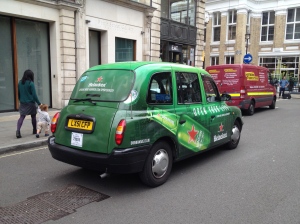 Finally, here are some more random (and not particularly exciting!) photos which have no better home than just being dumped on the end of this page! 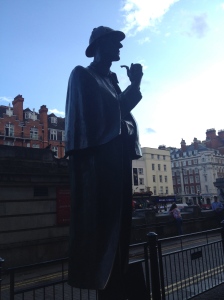 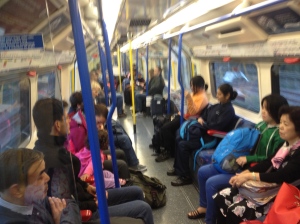