These structures built to span such physical obstacles like water or roads come in many different designs and so often they don’t get the recognition they deserve. When you think about it, hardly ever does a character cross a bridge without something happening  whether it be a deadly battle, a car crashing through the railings, something being dropped or tossed away, a heart to heart discussion or a monster destroying a landmark one.

Bridges have always had a part to play in cinema and they have served well in transporting characters into a new phase of life and Tokyo Fox is on hand to acknowledge the role five Tokyo-based ones (as well as a bonus Saitama one!) have played in films over the years.

So without further ado, and in no particular order, here is the Tokyo Fox top 5…….Tokyo bridges in cinema!

1. Yanagibashi Bridge, Taito-ku: The Grudge (2004) – This green bridge opens up this American re-make of the Japanese horror movie ‘Ju-on‘ (2002) and just a stones throw away is the apartment of Peter who for some reason walks over to his balcony and then rolls over it and plummets to his death below. Now, as that’s in the first minute of the film I don’t really consider it a spoiler!! More details here 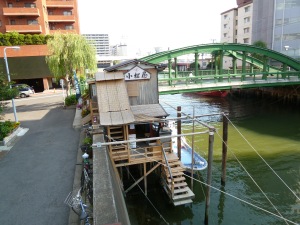 2. Tsukuda-bashi Bridge, Chuo-ku: The Toxic Avenger Part II (1989) – This striking red bridge first appears on the hour mark as the Toxic Avenger is re-united with his long lost Japanese father. Five minutes later and a very silly fight ensues between Toxie and his fathers team of henchmen which continues on back to the bridge in question. More details here

3. Yasakuni-dori Bridge, Shinjuku-ku: The Wolverine (2013) – Appearing on 19 minutes is  the usual shot of Yasukuni dori in Shinjuku which has featured in so many movies and TV programmes over the years and I guess it’s become the classic shot (alongside Shibuya crossing) of the neon lights of Tokyo really hitting the foreigner visiting these shores.  More details here 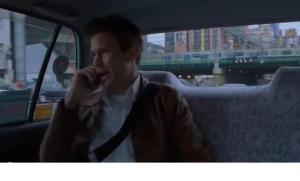 4. Kachidoki Bridge, Chuo-ku: Godzilla (1954) – In his 15 minutes of terror, the final place to be destroyed by Gojira before returning to the ocean was this bridge (63 mins) which stretches across Sumidagawa River. More details here 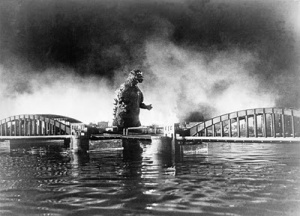 5. Hamarikyu Gardens Bridge, Chuo-ku: Into The Sun (2005) – A reflective Seagal cuts a lonesome figure on one of the gardens bridges amid the cherry blossoms in the films final moments (91 mins). More details here 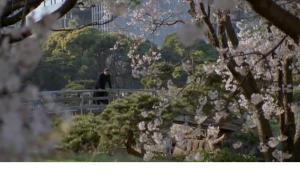 Bonus: Tokorozawa Bridge, Tokorozawa: Ju-on: The Grudge 2 (2006) – A bridge too far? Certainly not! Every good  Tokyo Fox listings feature needs an extra one and this one is technically not in Tokyo but as it’s just over the border in Saitama it can qualify as the bonus bridge. It features in the films dramatic final chapter on 82 minutes and that’s all I can really say! The match-up photo’s below though do give some hint as to what happens as the film comes to a climax! More details here

Honorary Mention: Rainbow bridge is of course the most famous and picturesque bridge in Tokyo and is seen in both ‘Kill Bill: Volume I‘ (2003) and ‘Lost In Translation‘ (2003) but rightly or wrongly that one didn’t quite make this list.