This Sean Connery and Catherine Zeta-Jones heist movie was most memorably set in Malaysia but the majority of the locations were shot in Britain with Duart Castle on the Isle of Mull in Scotland very prominent. As for London, a few places feature in the opening 20 minutes.

The most noticeable locale from the nations capital is The Savoy (below) which appears on the 10 minute mark and is where Gin (Zeta-Jones) is waiting outside in her car ready to tail Mac (Connery) who takes a taxi from there. 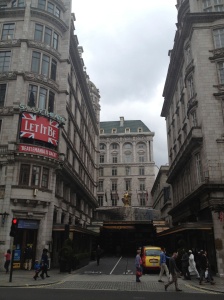 Mac gets out at the ‘Cryptonic’ Building where Gin spies on him riding the escalator up (and later down!) Tower 42 at 25 Old Broad Street (below) which is a few minutes walk from Liverpool Street Station.

Not too far away from there is the 88m high architectural wonder known as the Lloyds Building. It’s on 1 Lime Street and was innovative for its exterior possessing the staircases, lifts, electrical power conduits, water pipes and so on thereby leaving an uncluttered space inside. This place became the “New York” high-rise which gets robbed in the films opening scene and much later on it doubles up as the entrance to the Petronas Twin Towers in Kuala Lumpur on 76 minutes. 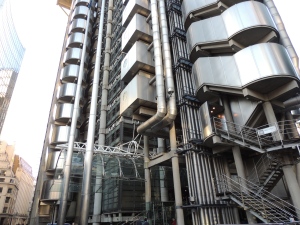 On 15 minutes Mac and Gin park up in erm, Park Street (below) where the latter is sent into Haas Antique store to steal a vase which unknown to her has something very important inside it. This same street, near Borough Market, also featured in ‘Lock, Stock & Two Smoking Barrels‘ (1999) as the gangs hideout.

After that they fly on up to Mac’s hideout in Scotland to train for the complicated theft followed by the trip to Kuala Lumpur for the final heist.

You can see ‘Entrapment’ filming locations in Malaysia here. 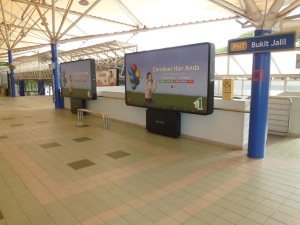