South Korea 2015 Pt I: The War Memorial Of Korea

Following the previous nights earthquake interruptions we were up very early on Sunday morning to take the short flight from Haneda Airport to Seoul to spend a few days with my mate Ethan and his family.

South Korea was actually the first foreign country I visited after moving to Japan. That was back in January 2006 when my friend Asif and I went to the capital city for a few days in extremely cold conditions. We went on a DMZ tour which included actually crossing the border (of sorts!) to stand on North Korean territory which I talked about briefly in the inaugural Tokyo Fox post.

This time it didn’t take too long for us to get in amongst the war-related action as a 15 minute walk up the road from his place was the vast museum known as War Memorial of Korea which possesses over 13,000 pieces of war memorabilia and military equipment relating to the military history of Korea.

The first thing you’re likely to come across are the bronzed sculptures of Korean soldiers depicting all kinds of people (not just soldiers) who were effected by the Korean War that took place between 1950 and 1953. The detail that has gone into these particular sculptures really is quite brilliant. 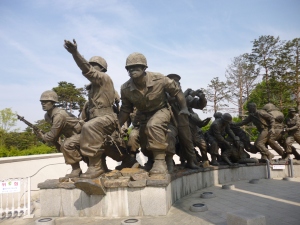 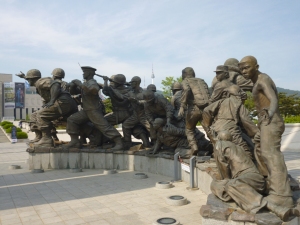 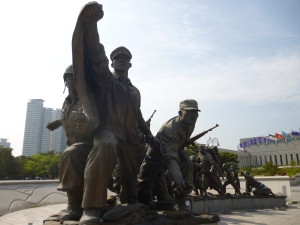 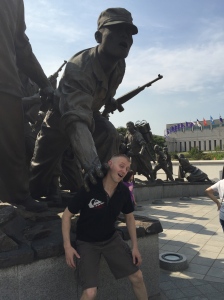 The six indoor exhibition rooms are impressive enough and they include the Memorial Hall, the War History room, the Korean War rooms, the Expeditionary Forces room, the ROK Armed Forces room and the Exhibition Hall of Donated Relics. 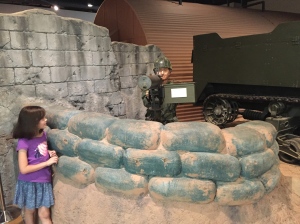 It was most interesting to find out about how the Korean War unfolded, the involvement of Russia and China and the attacks as well as the Korean involvement in the Vietnam War. 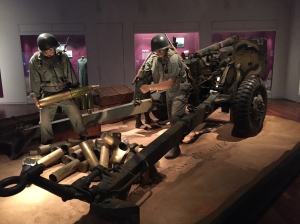 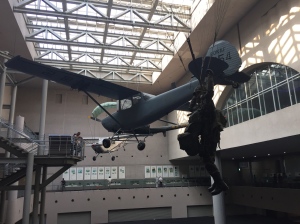 The USSR presented a limousine to North Korea’s leader Kim Il Sung as a gift before the Korean War and that can be seen in one of the exhibition rooms alongside a few other military vehicles. 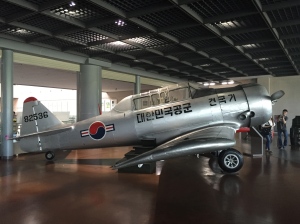 The outdoor exhibition area is perhaps the most spectacular one as there are over 150 aircrafts, tanks, planes, bombers and armoured vehicles that you can freely explore without the restrictions one might expect in other developed countries. 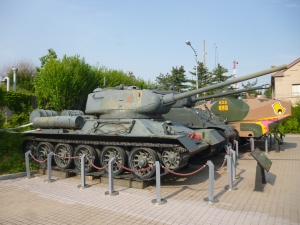 Perhaps one of the most lasting images was the statue of depicting the real life story of two brothers who fought in the Korean War on opposite sides and were accidentally reunited on the battlefield. I didn’t see it till on the way out of the museum grounds and it reminded me so much of the Korean movie ‘Taegukgi’ a.k.a ‘Brotherhood Of War’ (2004) which I watched ahead of my visit to Seoul. I don’t think there’s any connection between the statue and the story told in that film but nevertheless it was still a symbolic reminder of the Koreans wish for national peace, reconciliation and reunification. 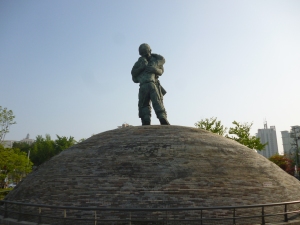 Entry to this museum is free and it’s open between 9:30am and 6pm from Tuesday to Sunday. Samgakji on Lines 4 or 6 is the closest Metro station.

You can read about my previous Seoul trip from 2006 here

A Leicester City fan teaching English in Japan
View all posts by tokyofox →
This entry was posted in Asia Travel and tagged 13000 pieces of war memorabilia, Kim Il Sung limousine, Korean War, Samgakji station, Seoul, Taegukgi Brotherhood of War, The War Memorial Of Korea, things to do in seoul. Bookmark the permalink.

5 Responses to South Korea 2015 Pt I: The War Memorial Of Korea