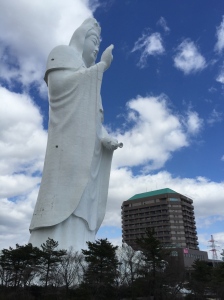 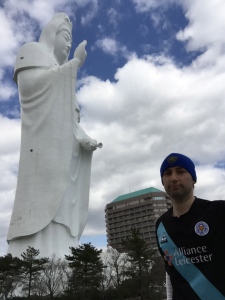 There’s something about Daibutsu (buddha) and kannon statues which keep me coming back for more and more. As mentioned in a long forgotten post in May 2006, I have seen my fair share of them, and an extra few have been added to the collection since that post nearly a decade ago. Over the years in Japan I have seen the famous ones in Nara and Kamakura as well as the record breaking ones in Ushiku (the worlds 3rd tallest statue at 110 metres high) and Nokogiri-yama which is Japan’s largest. Obviously height isn’t a measure of what is large!

I’m not certain where the one in Sendai sits (or stands) in the scheme of things but at 100 metres tall it’s surely got to be in the top ten tallest statues in the world. 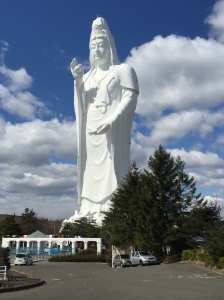 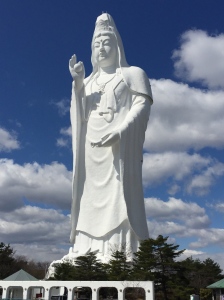 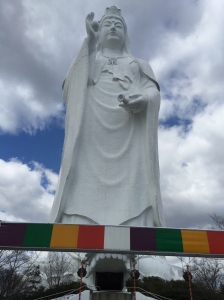 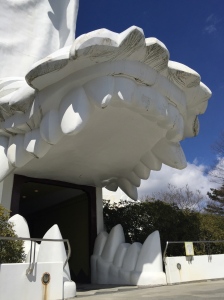 There were actually two statues I wanted to visit whilst in Sendai but I was never going to have enough time to do both so I settled for this one as you can go inside it and take an elevator (or walk if you prefer!) up to the 12th floor (86 metres). On the ground floor though there are thirty three Kannon-Bosatsu figures and twelve guardian deities relating to each of the twelve signs of the Chinese zodiac which also protect Buddhism. Naturally, people seek out their own animal sign make a wish in front of it after donating a small amount of money. 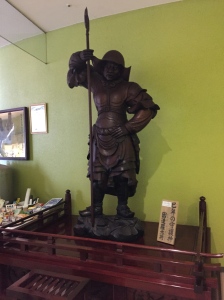 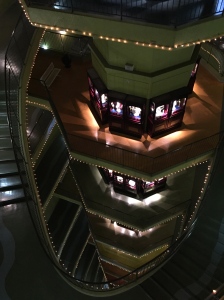 The views from the top are impressive both outside and inside. There are a few small viewing windows offering some fine views of the surrounding area and the well-hole interior views are pretty cool too if you can stomach such a thing. You can look down on the other floors and see many statues on each floor. Of course, you can see all 108 of them in closer detail by wandering down the steady declining spiral ramp that makes you a little dizzy as you descend! 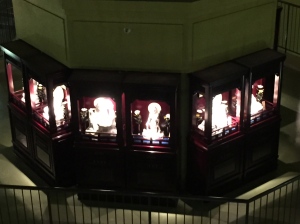 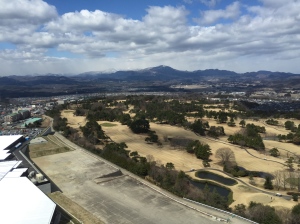 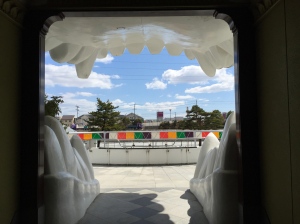 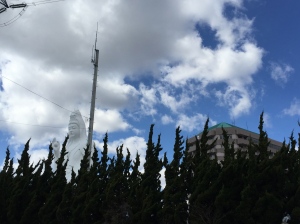 How to get there: Take bus 910, 815 or 825 from bus stop #14 at Sendai station. The journey takes about 35-40 minutes (400 yen) and the stop is known as Sendai Daikannon Mae but once the bus is near the statue you should know it’s time to get off the bus! To return to Sendai, wait at the bus stop across the road from where you got off on arrival.

A Leicester City fan teaching English in Japan
View all posts by tokyofox →
This entry was posted in Japan Travel and tagged bus stop #14 from Sendai station, Daikanmitsuji Temple, how to get to Sendai Daikannon, Sendai, Sendai Daikannon Bosatsu, Sendai Daikannon Mae, tallest statues in the world, Things to do in Sendai, twelve guardian deities. Bookmark the permalink.