Feed a 007 fan the words ‘The Man With…‘ and most of them would probably finish that sentence off with the ‘…The Golden Gun‘ relating to the 1974 James Bond movie. Not those on the arty island of Naoshima though! Instead, they would probably complete it with the words ‘…The Red Tattoo‘ as that is the name of the Bond novel which this museum is dedicated to. 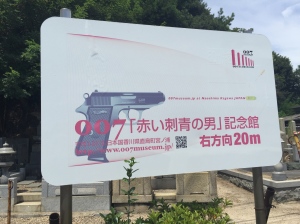 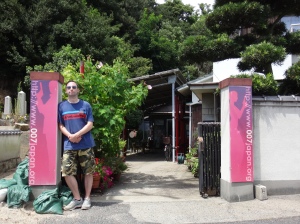 The novel was written by Raymond Benson in 2002 and is set in part on Naoshima. Since its release the local government and people of Kagawa prefecture have been engaging in activities to promote the idea of turning the book into a film to be shot on location in Naoshima. One such idea included the building of this museum which opened in July 2005 and is officially known (in English) as the 007: Man With The Red Tattoo Museum. 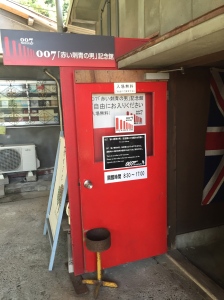 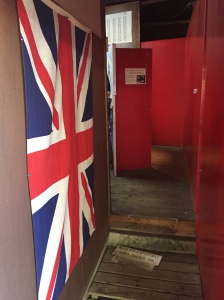 Ever since I heard about this museum many years ago I have wanted to go and see it with my own eyes. I’d seen it via the pictures of a couple friends and was aware that it was located in a small, slightly shabby, un-manned house. It can be found just two minutes walk to the left of the ferry terminal at Miyanoura Port and as soon as I disembarked I headed off to see it whilst the rest of the people on my boat went to the tourist information centre. 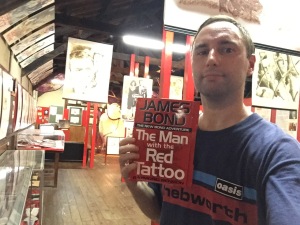 The first thing you come across on entering the building is one of those cut-out panel boards (below) where you can poke your head through and be either a Sean Connery-style James Bond or Kappa; his enemy from the book. 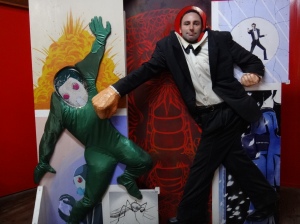 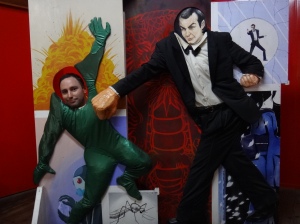 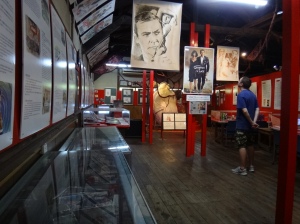 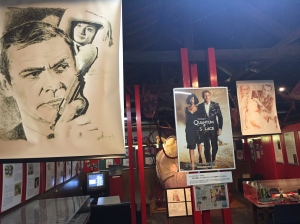 I wouldn’t call it the centrepiece but in the middle of the museum there’s a giant signed Daniel Craig ‘Quantum Of Solace‘ (2008) poster. 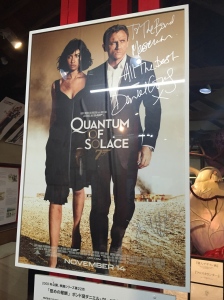 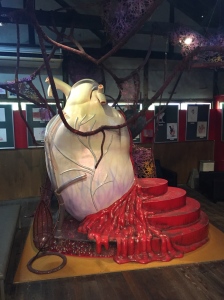 One of the main features of the museum is an object called ‘Heartbreak’ (above) which plays a large role in the climax of the novel. In the story the massive human heart-shaped art object is on display at the Benesse House Museum which I also visited whilst in Naoshima.

I added a bit of contemporary Bond stuff to the noticeboards by way of ‘Skyfall‘ (2012) and ‘Spectre‘ (2015) posters which I had brought along as a little contribution. I wonder if  they are still there now! 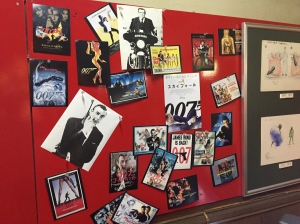 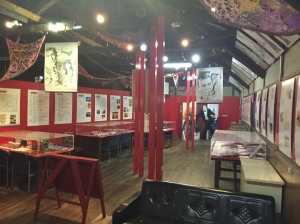 Among the many exhibits are notes and photographs collected by Benson (below) as well as a manuscript of the book, Japanese-style posters, postcards, model cars and guns, other 007 novels and other such movie paraphernalia. In the far corner a TV plays a 20 minute 007 tribute video called ‘From Naoshima With Love‘ on loop. I didn’t get through it all as it was a bit strange and more like a promo video for Naoshima rather than a mini-film. 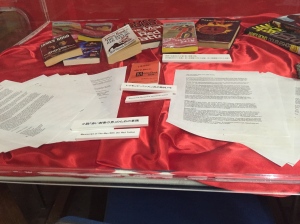 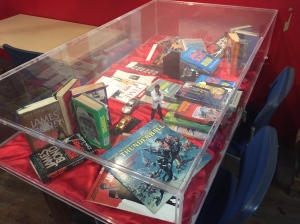 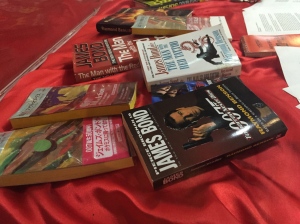 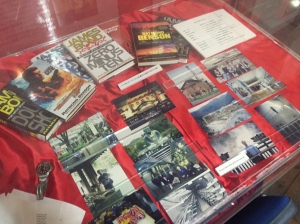 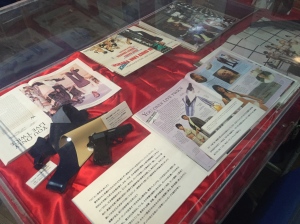 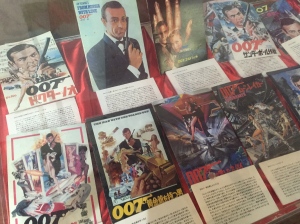 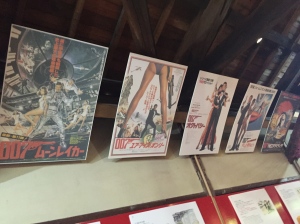 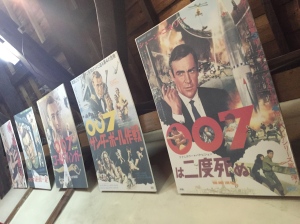 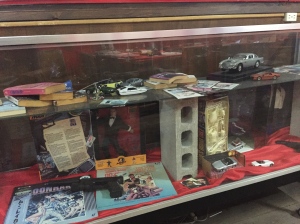 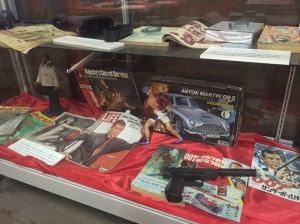 The story of ‘The Man With The Red Tattoo‘ is summarised on wall displays (below) with animations of key story lines. I only really browsed this part of the museum as I have read the book and in 2011 I even compiled a special one-off ‘Books Set In Japan’ post  giving details of the Tokyo locations from the book. 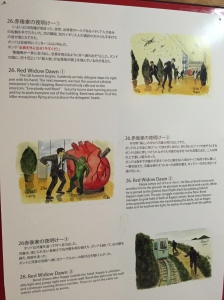 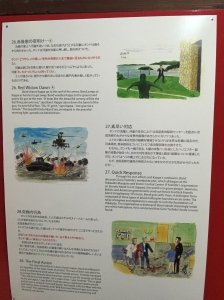 This 007 adventure is in some ways the natural follow-up to ‘You Only Live Twice’ (1967) even though they are over thirty years apart. Of course Bond never really ages and his ally Tiger Tanaka is back albeit not in tip-top condition following a triple bypass. The book doesn’t stray too far from the film formula with a host of symmetrical characters and sets. 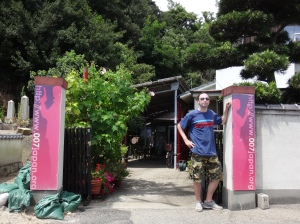 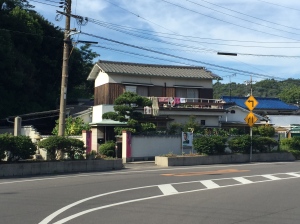