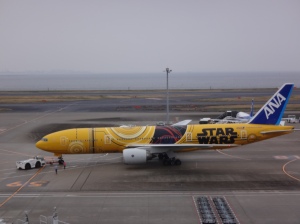 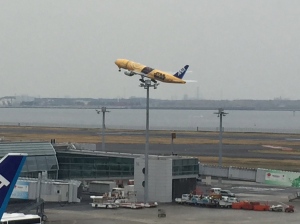 Transportation has always been a major part of Star Wars films and animation with all manner of starships, tie fighters, starfighters, landspeeders, podracers, speeder bikes, shuttles and so on featured throughout the saga. At the end of 2015 I was lucky enough to see two of those iconic starfighters docked at Changi Airport in Singapore but this time I was able to see one of ANA’s specially decorated Star Wars planes actually in motion.

The R2D2 and BB-8 planes were introduced by ANA in the build up to the much anticipated release of ‘The Force Awakens‘ (2015) and there was also the Star Wars Rapi:it train in Osaka which I rode on Star Wars Day (“May the 4th be with you” and all that!) last year.

Whilst I was in the Haneda area ‘On The Fox Trail…‘ at the end of March, I thought it would be worth seeing if any of the Star Wars planes would be at Haneda Airport that day. I asked a friend who knows all that kind of stuff and by luck the new C-3PO plane, which was introduced earlier that month, was arriving at around 11am and then taking off for Sapporo an hour after that. 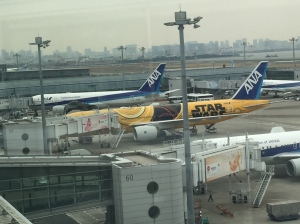 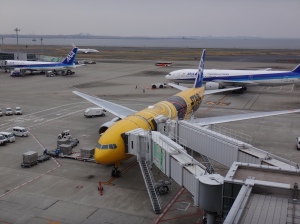 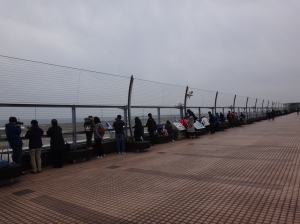 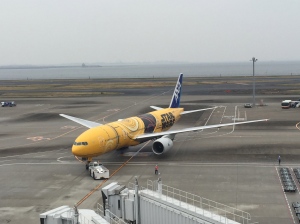 Unbeknown to me from my many visits to Haneda Airport, the fifth floor actually possesses an observation deck for people to watch the airplanes touch down and take off from the runway. I went there not knowing really what to expect but once up there I could easily spot the gold coated aircraft and simply just walked outside in the direction of it. I wasn’t the only one there of course as there were a load of other jet fanatics and presumably some other Star Wars fans too. 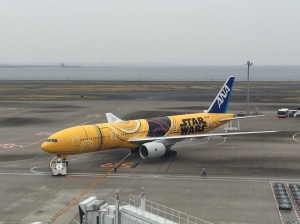 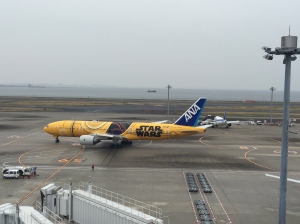 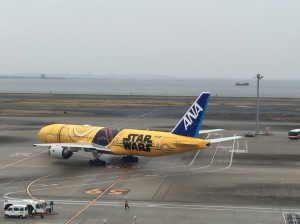 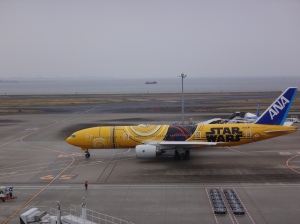 Before the C-3PO plane took off though I was surprised to also see the BB-8 one take off. Sadly I was unaware that this would be happening so only just about managed to whip my camera out in time to get a couple of basic shots of it taking off. 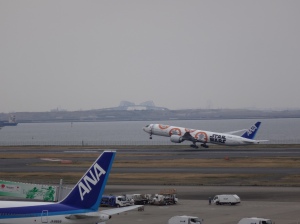 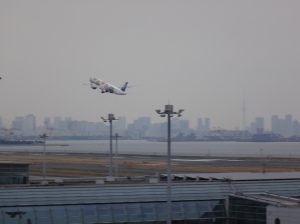 Having waited in the drizzling rain for a bit, the C-3PO jet eventually started to move away from the terminal ready for take off which came a few minutes later. 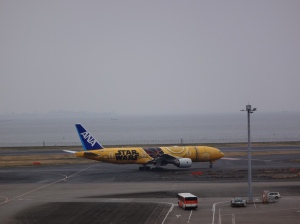 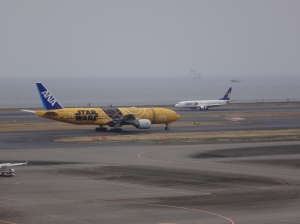 Moment of truth time then as my one and only opportunity to catch the moment beckoned. I was poised with two cameras but as it took off I decided that the phone camera was best suited to snap away quickly. Going…going……gone! 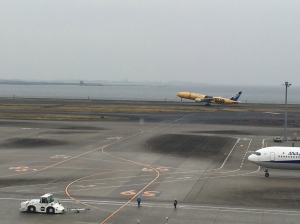 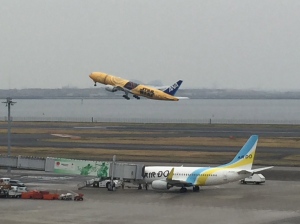 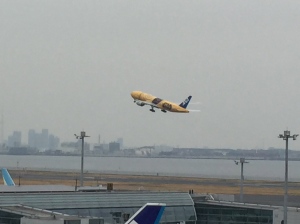 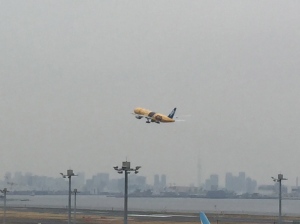 The R2D2 plane was due to land at Haneda from Munich later that afternoon (16:00) but I was not prepared to wait around that long on what had already been a drawn-out day. Besides, I was very satisfied with having seen a couple of Star Wars jets take-off but I guess that’s “plane” to see!! 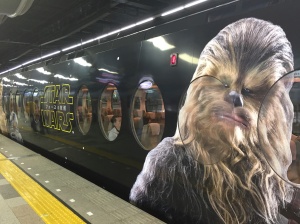 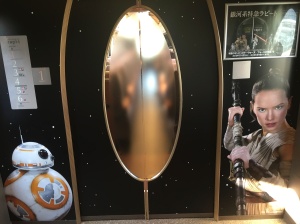 Click here to read ‘The Force Is Strong At Changi Airport’