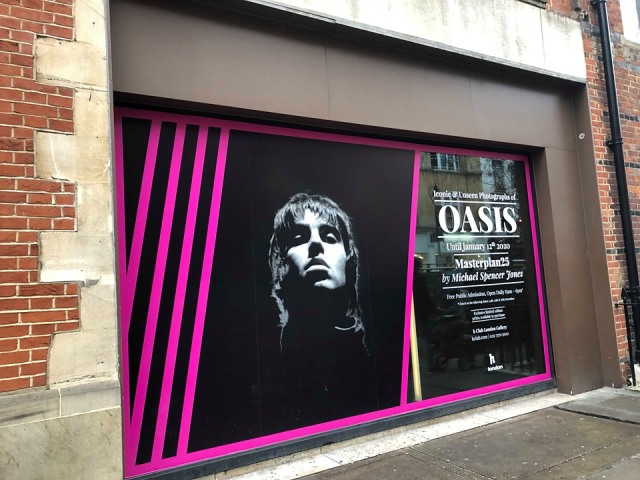 They were the band that defined a generation and continue to influence musicians to this day! Oasis have been the biggest band to come along in my lifetime but the Gallagher brothers’ wibbling rivalry eventually came to a head in 2009 when they broke up. Stories of them reforming for a tour are never too far away from the media though. I’m still not sure if a reunion is a good thing as it’s surely going to be difficult to recreate the magic of those past glories. I’m actually quite content with both Gallagher brothers still releasing their own music but having said that I’d no doubt end up lapping up the nostalgia which comes with such news. This exhibition certainly helped me reminisce about the greatest music era in my opinion.

Last year marked an incredible quarter of a century since the release of their debut album ‘Definitely Maybe‘ (1994) and thanks to Facebook’s incredibly accurate advertisement targeting last Autumn I discovered there was an Oasis exhibition starting in London late November. Surprisingly, it was to continue till mid-January of this year meaning that I’d be able to visit it when back home for the first time in five years.

My wife and I popped into the H Club London Gallery (24 Endell Street) en-route to the Temple area from the British Museum. All the exhibits are the work of Michael Spencer Jones whose catalogue of images became era-defining 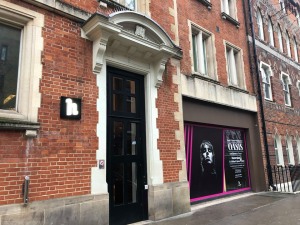 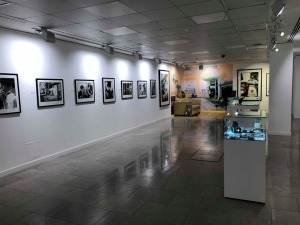 In the corner of the room was a recreation of the Victorian house’s living room that some say launched Britpop. This provided the artwork for their debut album ‘Definitely Maybe‘ (1994). Along with their follow up album ‘(What’s The Story) Morning Glory?’ (1995), it was interesting to see the collages of potential pictures for use on their album sleeves. Great for a game of spot the difference! 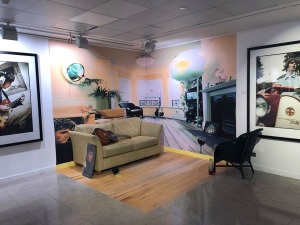 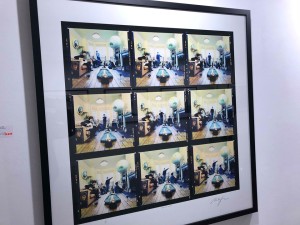 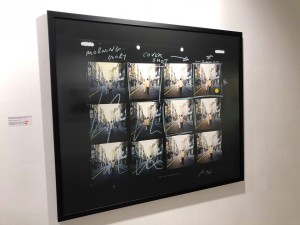 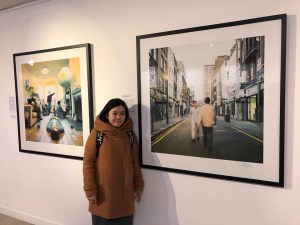 Many of those early Oasis singles (as well as b-sides and album tracks) really did become anthems for a generation. I not only bought all their albums but also every single. Not to mention a sizeable collection of bootleg CDs too! No doubt I read all about the single and album sleeves at the time but had forgot much of that information so it was nice to read the interesting tidbits accompanying each photograph and reacquaint myself with such sentimentality. 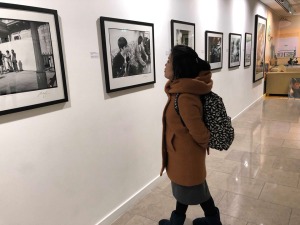 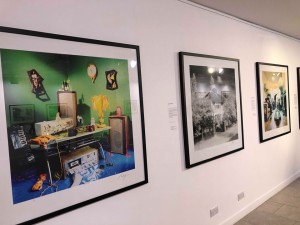 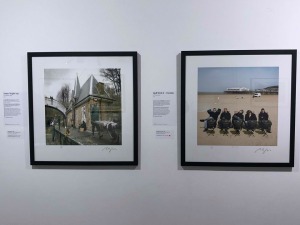 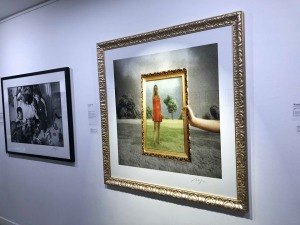 The release of ‘Be Here Now‘ (1997) in August was probably one of the most anticipated albums of all time following the huge critical success of those first two albums. The sleeve artwork was a symbolic statement of rock ‘n’ roll excess with the original intention to shoot at night. The idea was for the band to be relaxing around the pool with cocktails but that typically descended into chaos and it was eventually switched to a daytime shot. 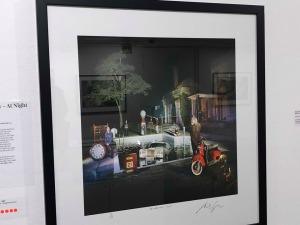 The number plate SYO 724F on the half-submerged Rolls Royce was a nod to rock ‘n’ roll history as it was the same as the black police van on the cover of ‘Abbey Road‘ (1969). 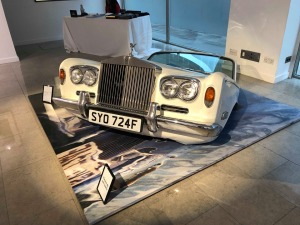 There were a few glass-encased mementos relating to some of Oasis’ works including original lyrics, unseen photos, newspaper cuttings, photographers background notes, the camera used and even a sales invoice for the rental of the German Shepherd dog who appeared as part of the cover for ‘Some Might Say‘ (1995) which was the first single I ever bought on CD. At that time, HMV had a deal to buy any three Oasis singles for a tenner so I soon replaced my previously-purchased cassingles with CD’s as I finally moved into the modern era. Buying CD singles was a big deal at that time and Oasis were a band who took them seriously by backing up the single with three other quality tracks. 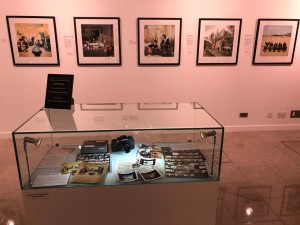 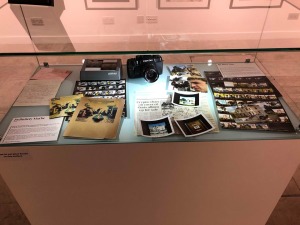 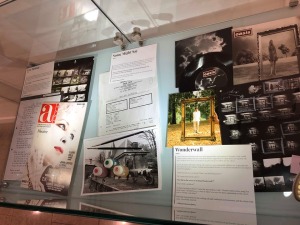 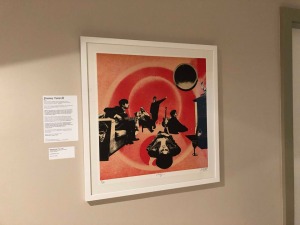 Maybe I’ve been in Japan too long but there was incredibly no merchandise available at all to compensate for the free entrance to this fine exhibit. Whilst certainly not essential viewing, this exhibition did provide a nice trip down memory lane and I was just grateful that I managed to see it during my short time back in Britain.

Bonus: Thanks to the internet (and not my memory!) I have been able to work out the exact dates for when I saw Oasis. Only two of the six were actual Oasis concerts with the others all being part of music festivals. That total would’ve been a lot higher had I managed get tickets for other shows but this was in an era when you had to order via phone and getting through to the ticket operator was really difficult due to the heavy demand created by the band’s huge popularity. On reflection, I guess I was quite lucky to have seen them half a dozen times in four different countries.

The dates I saw Oasis perform live were…