Back in July 2014 there was a hugely successful and popular post on Tokyo Fox covering my favourite Pepsi flavours going back to 2005. Sadly there haven’t been any really strange and unique flavours (Ice Cucumber, Azuki, Shiso etc) since the 2000s but a range of varied tastes have hit the shelves in the last few years so here, in no particular order, is the long awaited and highly anticipated sequel…

Bonus: Pepsi Plum – Japanese ume (plum) is often quite sour but the taste here was far more subtle yet still noticeable enough to provide a new taste. This came out in October 2019 and had zero calories.

10. Pepsi Midnight – I had no idea what Midnight meant exactly when this creation saw the light of day in April 2018. The blurb on the press release said something about it having rich, deep flavours and a refreshing aftertaste. Yeah whatever! 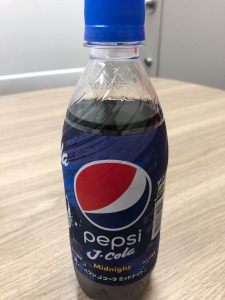 9. Pepsi Pineapple – When it first hit you this drink from July 2019 just tasted fairly normal but then the aftertaste of the tropical fruit hit you with it’s sweet, sugary taste. 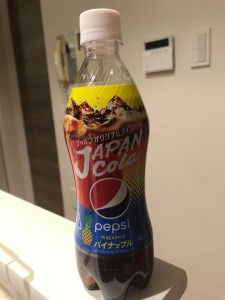 8. Pepsi Orange – The Japanese mikan citrus taste was far more noticeable than it’s pineapple predecessor. This one hit the market in February 2020 in a very limited release. A good mix of cola and orange with neither overpowering the other too much.

7. Pepsi Sparkling Xmas – From November 2019, this effort was basically Fanta Grape in Pepsi packaging but the bigwigs at HQ described it as a mellow, fruity flavour.

6. Pepsi Grapefruit – This was the first in the recent line of fruit flavoured drinks having come out in October 2018. Japanese citrus fruit Yuzu offered an alternative to the most common lemon addition to such beverages. The grapefruit was less empowering and provided the odd burst of sweetness. 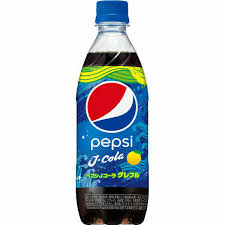 5. Pepsi Ghost – With a vague name like this it was perhaps no surprise that each of the five designs in this October 2017 Halloween release were labeled as being a mystery flavour. I’m sure they were all the same taste with my guess being a hint of pumpkin which would of course fit in line with the season. 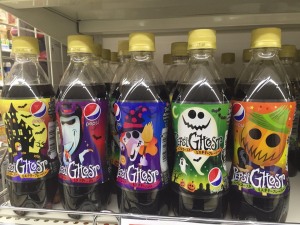 3. Pepsi Christmas Cola – Strawberry shortcake is such an iconic part of the holiday season in Japan, that it’s actually referred to as Christmas cake which is very different to what people think is Christmas cake in the western world. This November 2017 release was a mix of sweet cream and tangy strawberry.

2. Pepsi Lemon & Mint – Two of my favourite flavours mixed together to create the perfect taste in July 2015! The mint leaf was subtle and the lemon flavour wasn’t too overpowering and it was supposedly healthy too having been given approval from the Ministry of Health, Labor and Welfare.

1. Pepsi Sakura – Not too surprising that this March 2016 production was similar to cherry cola. What was less predictable was the flowery aroma that hit your nose first.

Overall, all of these probably did their job which was not to sell bucket loads (though that would have been nice for the manufacturers!) but to promote the Pepsi brand and hope that once customers had tried these novelty flavours they’d remember just how good the original was and return to buying that.

Bonus: In Shizuoka Prefecture there’s a green-coloured cola which is made from locally produced green tea. It’s a soft, sweet, fruity taste. 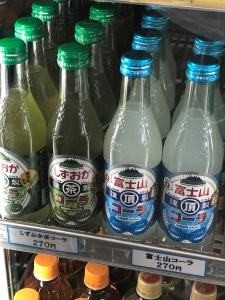