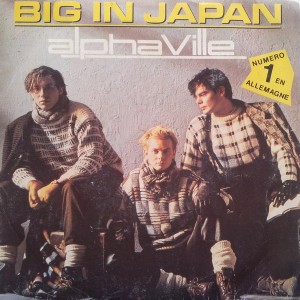 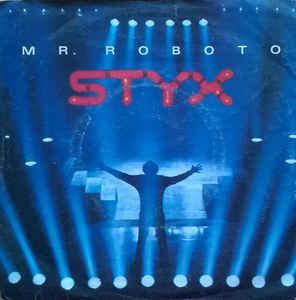 For many decades now, international artists have often felt the need to put pen to paper and write some lyrics about their Japanese experience, particularly visiting Tokyo. Most of the songs are far from being their greatest work but for Japanophiles they can offer an interesting insight into a culture which used to be a mystery to many people in the western world. Without further ado, here is the Tokyo Fox top ten……songs about Japan from the 1980s…

10. My Private Tokyo – Vicious Pink Phenomena (1982) – This synth-pop tune was the first single by the English new wave duo, and it manages to shoehorn all kinds of electronic companies into the lyrics. Sanyo, Toshiba, Mitsubishi, Hitachi and many more get referenced in this tune which is just shy of seven minutes in length.

9. Sunrise in Tokyo – Tokyo Blade (1983) – References to neon lights and the rising sun may be fairly clichéd but this tune, the 8h track on their debut album, manages to pull it off and mix the vocals with some great guitar play.

7. Love From Tokyo – Rita Coolidge (1984) – The only previous song I knew from this American singer was ‘All Time High‘ which was the theme song for the James Bond film ‘Octopussy‘ (1983). As you’d expect, this song isn’t quite on a par with that but it’s a nice upbeat tune with that classic 80s synth sound and a fair few Japanese words sprinkled throughout the lyrics.

6. Tokyo – Donna Summer (1983) – Great vocals from the iconic singer with lyrics about living at the Imperial Hotel and walking around the streets of the Japanese capital city after midnight where she meets a strange man who tells her things about herself that she could tell nobody else…apart from the thousands and thousands of people who purchased ‘She Works Hard for the Money’ which was her her most successful album of the decade.

5. Tokyo – The Thompson Twins (1985) – “Tokyo. Why can’t I ever say no. Tokyo” don’t really sound like great lyrics (and they’re not!) but this song, from their fifth studio album ‘Here’s To Future Days‘ is infectious and sums up the eighties music scene quite well. Of it’s time!

3. Mr Roboto – Styx (1983) – I have to be honest that I was unaware of this until it was referenced in ‘Austin Powers In Goldmember‘ (2002). Subsequent research has revealed that it was the opening track on the rock band’s 11th studio album ‘Kilroy Was Here‘. This synth-pop classic is famed for it’s robot-like catchphrase vocoder chorus.

2. Turning Japanese – The Vapors (1980) – Undoubtedly the most famous and overly-used song about Japan. The opening oriental riff on guitar has become synonymous with pretty much any TV feature about Japan. The lyrics suggest it might be about masturb*tion but the songwriter has said it describes teen angst after a romantic breakup.

1. Japanese Boy – Aneka (1981) – Not just a great song about Japan but a top tune from the decade. The Scottish singer’s one hit wonder became the UK number one in August 1981, and was a big Euro hit. However, it failed to chart in Japan because it supposedly sounded too Chinese!

That’s the ten songs I’ve chosen but honourable mentions go to the following:

Are there any others which you think should be included? Let me know about them in the comments below or just tell me what your favourites (80’s only for now please!) are.

A Leicester City fan teaching English in Japan
View all posts by tokyofox →
This entry was posted in Music and tagged aneka, big in Japan, list of songs about Japan, Love from Tokyo Rita Coolidge, My Private Tokyo, songs about Japan compilation, songs about tokyo, styx, Sunrise in Tokyo - Tokyo Blade, turning japanese. Bookmark the permalink.