The Best Place In Tokyo To See A DeLorean Car (& For Free!) 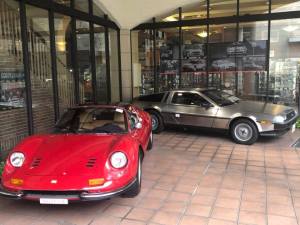 Men and motors are two words which often go hand-in-hand but that rather clichéd view of what males like doesn’t apply to me as I’ve never really had any interest in cars. That doesn’t mean I don’t watch ‘Top Gear‘ (or ‘The Grand Tour‘ in later years) but that’s more down to the travelling and adventure part of certain shows. Vehicles with a movie connection is another thing though!

My colleague James (of Mr Kanso and Mr X. fame) told me about this museum in Odaiba and, knowing that I loved all things relating to ‘Back To The Future‘ (1985), said that there was a proper DeLorean car on show without any of the time-travelling props and accessories used in the movie cars!

Megaweb Toyota City Showcase in the Odaiba area is entirely free, and considered one of Tokyo’s best things to do for absolutely nothing. Of course the cost of the train (or boat!) ride there needs to be considered but not for me as I was already out and about cycling around in the Shiomi area of Koto Ward so decided to cycle another seven kilometres west to check out this museum.

It’s comprised of three theme-based facilities; Toyota City Showcase, Ride Studio and History Garage. I only experienced the former and the latter beginning with the vintage cars from around the world.

Against a backdrop facade reminiscent of the capital city in the Showa Period, there were some famous cars from Tokyo in the 1960s. All kinds of classic cars are on display (not just Toyota ones!) and it should be noted that they’re all real and fully functioning automobiles. 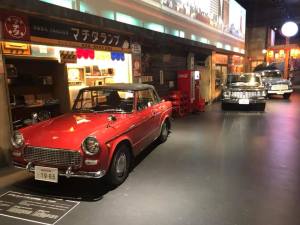 There were many interesting retro items behind the cars and dare I say it but I maybe enjoyed checking these out more than the cars themselves! The exhibits included various gadgets, vinyl records, sweets, drinks, medicine, stationery, and toys. Two retro posters of ‘Charade‘ (1963) and the James Bond classic ‘Goldfinger‘ (1964) featured prominently with the latter being of particular interest in the wake of Sean Connery’s death just a few days prior to my visit. 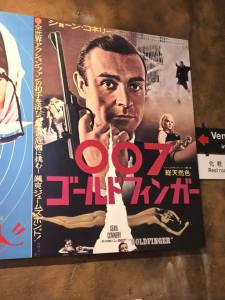 Not far from there was the tiny BMW Isetta 300 (below) from Germany; a microcar launched in Europe after WWII with the unique function of a door on the front of the car!

As someone with minimal interest in cars, it was only the unique ones that attracted my interest but due to the topical name the Toyopet Corona RT20 model (below), which debuted in 1960, caught my attention. 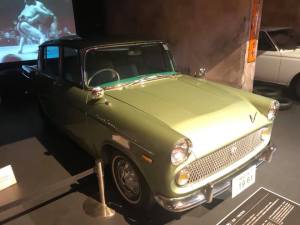 I walked around the place for a while but just could not see what I’d mainly come to see but I finally saw it (not really visible in the picture below) in the courtyard area outside the cafe and souvenir shop. 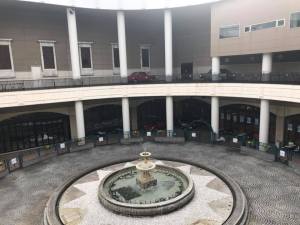 Only 8,500 of the DeLorean DMC12 were ever made, and I had this one all to myself as no-one else was around. Great Scott! It was actually my first time to see the low-suspension car in it’s true and original form as I’ve only ever seen the sci-fi incarnations at various conventions and Universal Studio Parks.

I thought I might not be so impressed by the stripped down version but that really was not the case. Sadly I couldn’t open the side-doors or sit in the leather seats of this two-seater car but just seeing it is always special and still has a sci-fi look which reminds me of my Emmett-Brown’s time-machine from my favourite film of all time.

The Motor-sports Heritage zone was next but I was a bit disappointed to not see a Formula One car there as F1 is the only time I regularly take any interest in cars. I actually saw the Panasonic Toyota Racing car in Odaiba back in 2008 at a Motor Sport Expo but that was a long time ago and it would’ve been nice to see one again. There were only rally cars on show which were still pretty cool but not what I desired! 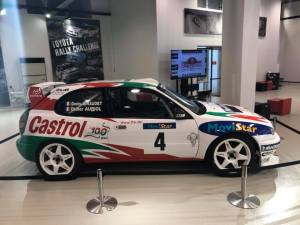 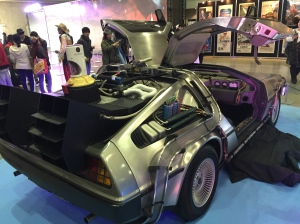 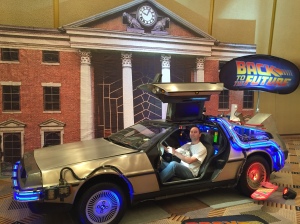 3 Responses to The Best Place In Tokyo To See A DeLorean Car (& For Free!)