If you were to ask me what my favourite German film was I’d have to go for ‘Lola Rennt‘ (UK title: ‘Run Lola Run‘) due to the fact that it’s probably the only one I have ever seen! 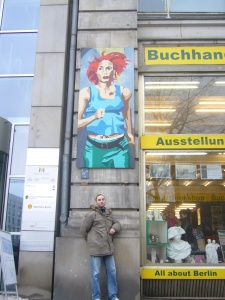 Other than that, it’s actually a very good film using the streets of Berlin in a clever edit which makes it seem as if all the locations are near each other. That’s far from the case though as it took me a couple of days to get round them all unlike the flame-haired Lola (Franka Potente) herself who has to run it in 20 minutes……..three times!

When she gets the all important call from boyfriend Manni during the movies opening moments she rushes out of her apartment, down the stairwell and out of the apartment block at 13-14 Albrechtstrasse (below) near Friedrichstrasse railway station. This was my first port of call and maybe the most important one and I was pleasantly surprised to see that it was so accessible as I thought I’d probably just have to poke my camera through the gates railings.

The phone box (below) specifically erected in front of the Apotheke (drug store) for the movie was on the corner of Osnabruecker Strasse and Tauroggener Strasse. 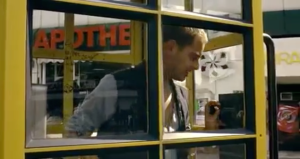 Below is the Deutsche Transfer Bank which is located at Behrenstrasse 37. It’s a hotel now and stood in as a fictitious bank. 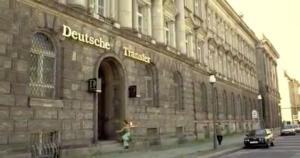 Oberbaumbruecke (below) is the train overpass which features just before Lola dashes through its turrets and picturesque brick arcades. 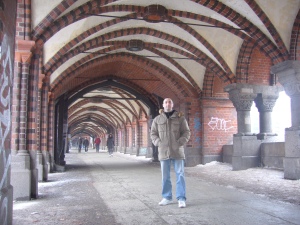 The casino’s exterior (below) is on Unter Den Linden opposite the Deutsches Historisches Museum.

In front of this museum (below) on the corner of Hinter Dem Giesshaus is where Lola runs in front of a lorry.

Just after Strausberger Platz on Karl Marx Allee is where Lola wishes for Manni to arrive. The fernsehturm (TV Tower) is obscured by the trees in the film and it’s the cloud which hides it in my photo (below) although if you look hard enough you can just about see it above my left shoulder.

The square tile pattern pavement Lola runs across is Gendarmenmarkt (below) and its Konzerthaus features but all of this was under construction when I was there or it might just have been that it had been used for a New Years Party a few days prior to my arrival. Across the road from there is the shop underpassage. This is on the corner of Charlottenstrasse and Franzoesische Strasse and is where Lola runs in Run 1 of the film. 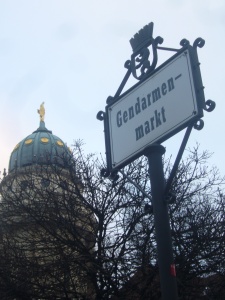 23-24 Wallstrasse (below) features in all three runs and is where Herr Meier comes out of his garage. Its not really recognisable now in any way as its now a hotel. 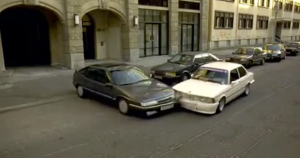 Cuvrystrasse (below) is where Lola gets shot at the end of the first run. 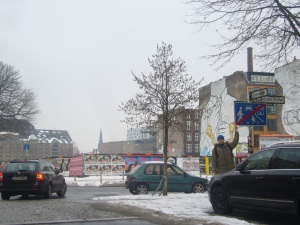 Franzoesische Strasse U-Bahn station (below) is the station which is in the middle of the road and the path that Lola runs is slightly different on the three takes during the film before she encounters the Nuns. 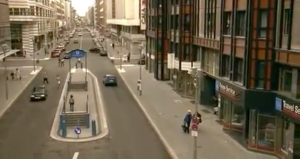 Those Nuns appeared on Mauerstrasse (below) in all three runs with very slight variations as Lola runs through them. The cyclist appears from Franzoesische Strasse which is just round the corner and slightly further south from the nuns. Sadly these two photos were taken at night (I hadn’t originally deemed them important enough to bother with them but decided that I might as well complete things at the end of a long busy day) so they are not so clear. 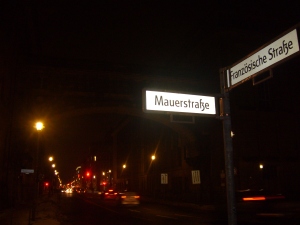 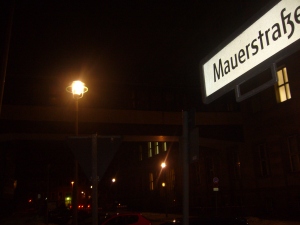