The release of ‘Kung-Fu Panda 2’ into cinema’s this Summer meant I wanted to seize the chance to do another Kung-Fu Panda lesson following my previous efforts in 2009 and 2010. However, this time it was different as I proposed the idea of doing an actual school event rather than just doing it in selected lessons. Luckily the owner of Hibarigaoka school was wanting to do some kind of kids event and so my dream ending up becoming reality on Sunday 31st July. Apart from the idea and being consulted on activities, crafts and games I took a back seat this time and no that doesn’t mean I was lazy! My friend and colleague Lai-Keun took on the mantle of organising it and produced a wealth of stuff such as masks, board games, cut-outs, extra flashcards, craft activities and so on.

Basically it was a teaching partnership for two classes of 13 each with the first group being the 3-6 year olds and the other group the 6-12 year olds. There were a few cry-babies in the first group but overall I think both group lessons went very well. Whilst there was some drilling of the character animals (as well as station games) and a few language points the main priority was to create more of a party atmosphere with a lot of fun games and activities which Lai-Keun came up with including:

‘Make a Lantern’ – the young kids basically coloured in the lantern and a few folds later it was done. Add a handle using double sided sticky tape and its finished. 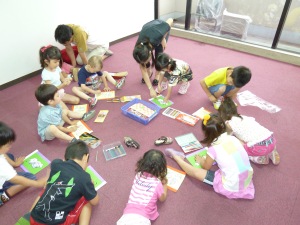 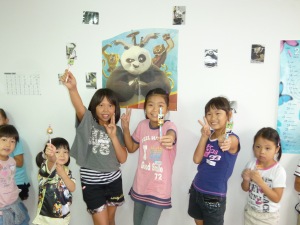 ‘Make a Pencil Topper’ – the older kids group basically just cut and folded along the lines of a character topper and used the adhesive tape on it (if they didn’t cut that bit off by mistake which a few did!). Stick a pencil through the hole and its job done. 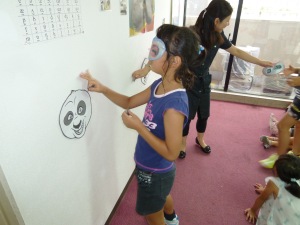 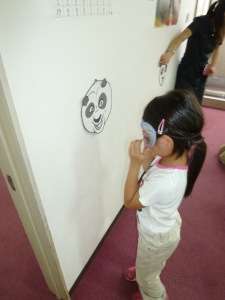 ‘Ninja star throwing’ – students have a star each and take turns to throw it into a box. The first team to get them all in wins.

‘Feed Po’ – two teams of students race to feed the panda M&M’s one at a time using a plastic spoon. 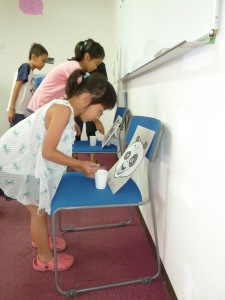 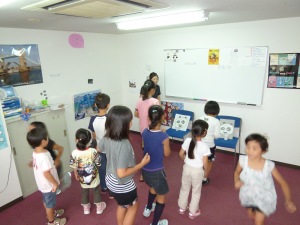 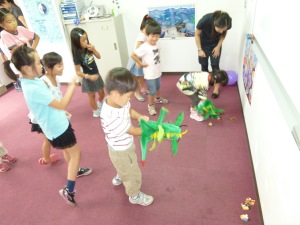 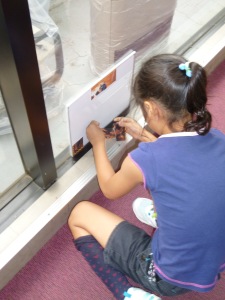 ‘Pass the parcel’ – self explanatory and who would have thought that every student ended up with a prize?! What chance of the ‘Kung Fu Fighting’ music never stopping on the same student!!

‘Punch & Kick the balloon’ – the teacher throws the balloon to the student telling them to either punch or kick it. Simple but good fun.

‘Hit the pinata’ –  the grand finale of each class where students basically use a plastic baseball bat to smack the sh*t out of a tiger pinata until it breaks and releases a load of candy for them to grab and fight over! 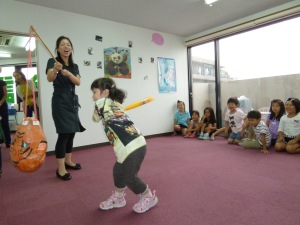 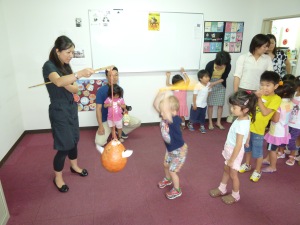 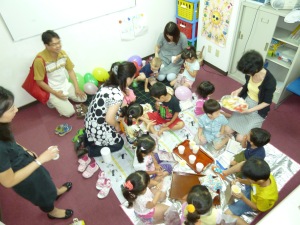 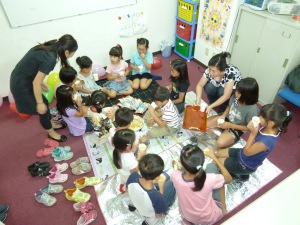 The lessons lasted 90 minutes each including a snack and drinks break halfway through and each student left with a goody bag and a smiling face. From a personal point of view I hope that some of them go and see the new film when it finally comes out in Japan on August 19th. Overall, it was a tiring days work (well, half a day anyway!) but great fun and nice to do something different with the ‘Kung Fu Panda’ format I’ve been covering in recent years. I can’t thank Lai-Keun enough for her efforts as well as those of the owner and receptionist (Junko and Yasuko) who all contributed far more than I did to make the party run smoothly. I also now have a wealth of additional materials to use in future lessons should I wish or for when/if ‘Kung Fu Panda 3’ is made. 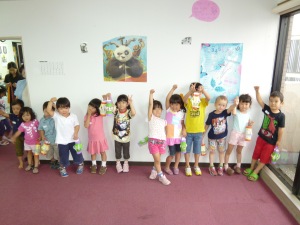 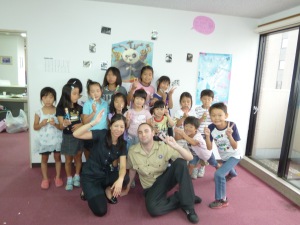 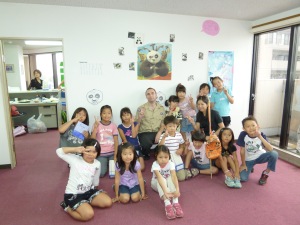 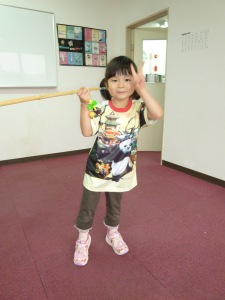