The main reason for my trip ‘Down Under’ was to see my family but no way was it going to be exclusively about them due in part to not wanting to outstay my welcome at my sisters house. As there are no direct flights between Tokyo and Melbourne I had to transit in Sydney so I decided to catch up with a few British friends from my past now living in the New South Wales state.

On my first night I met up with Andy who I travelled with for a bit in Oz 11 years ago. Our conversation was pretty much identical to the last time I saw him which was in Stockport back in 2003! We had dinner and a few schooners of beer at a bar somewhere in The Rocks. It was a great laugh and I could so easily have stayed chatting to him all night but sadly we only had a few hours of talking b*llocks!

It was the turn of Bev the following night at Bondi Junction where another pub meal and beers were consumed. I hadn’t seen her since I moved away from Humberside in January 2001 to go travelling for a year ‘Down Under’. I worked with her at Butler Group in Hull as part of the I.T. company’s telesales team for the two years I was there and it was great (as well as a bit strange!) to catch up on the company gossip from yesteryear including stuff which I was unaware of when I was working there! 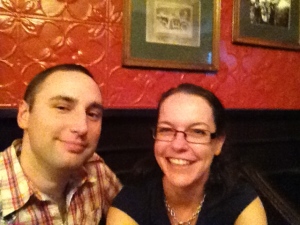 On my third day in Sydney I met up with Aaron who I also met in Hull as we were both successful graduates from the same Economics & Business course. We even lived together for a few months in late 1998 and like Bev I hadn’t seen him since my farewell weekend in Hull in January 2001. Having done the bridge climb in the morning I met him in the CBD early-afternoon where we went to a couple of bars (including one on a skyscraper roof with a pool) before taking a taxi back to his place by the beach in Tamarama late afternoon. I had wanted to do the Coogee to Bondi coastal walk whilst I was in Sydney on this trip but had no time to fit it in but Aaron and I did do a small section of it when we walked to Bondi Beach but just to go to another bar albeit one with a very fine view. I have never actually stepped onto the beach at Bondi during two visits now! 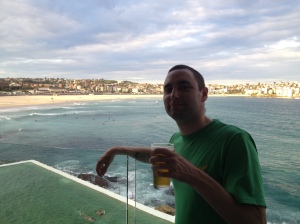 Last but certainly not least is Ruth (not to be confused with my sister Ruth) who was so kind to me as always and let me stay with her, her husband Damian and their housemate Claire for my three nights in the city. I met her in Brisbane around August 2001 and then again up in Cairns and I think we even met up in Perth at the end of that year for a brief day on the beach in Cottesloe. I really can’t thank her enough for her hospitality (an air bed, towel, house key, food, drinks etc) on both this trip and back in London in 2005 when I was doing my FELT course before returning to Japan to start working for the company I am still with today. I had already arranged to meet Andy, Bev and Aaron on my first three nights before Ruth offered to accommodate me but fortunately we were able to spend some time together in and around everything else going on and a bloody good laugh it was too. 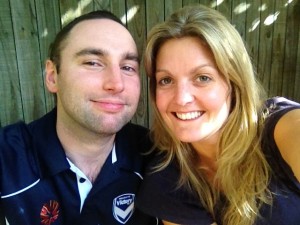 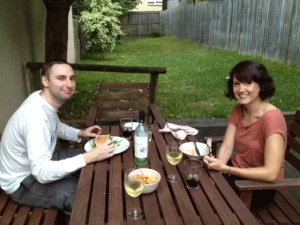 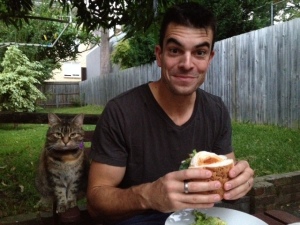 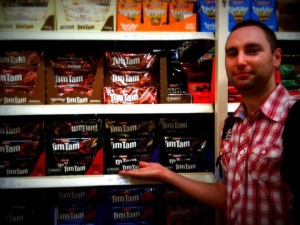 I brought the curtain down on this trip by taking the short walk to Coogee Beach from Ruth’s house where it all began for me back in February 2001 BUT amazingly I had no recollection or affinity to the place. I think that must be because I was with a big group of people back then and basically just followed others. It was only after leaving Coogee that I had to really make my own decisions and for that reason I have a good memory of everything I did after Coogee. Leaving that all aside, it was still a very nice area and though we didn’t have too long there it was nice to chill on the beach for a bit. 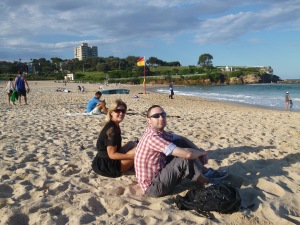