I’ve been complaining for years about Japan always being last to see films released but every so often the tables are turned. I’ll be honest and admit that I probably wouldn’t have gone to see this if it hadn’t been for the fact that it was to have its worldwide Premiere in Tokyo followed by limited advance screenings a week ahead of its national release and two weeks before the UK and the USA.

When it was announced that the aptly named Marc Webb was making a new Spider-Man movie my initial reaction was inevitably that of “why?” given that there had already been three Spider-Man films in the last 10 years. However, as time moved on this seemed to be less of a problem and I was really looking forward to my evening out in Shinjuku with friends Andrew, Rina and Yuka. I even worked my way through the Tobey Maguire Spider-Man trilogy from the last decade in the days before as part of my preparation for this viewing and enjoyed the simplicity of them.

Andrew Garfield is the youthful looking (he’s a 28 year old playing a 17 year old high school kid!) American-born British actor portraying the latest Spider-Man incarnation and he does a fine job in the role though I do think his Peter Parker is a bit too cool at times with all the skateboarding tricks and just his overall style. At 24 the very cute Emma Stone is also playing a girl way younger than reality but can just about get away with it. 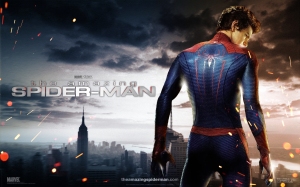 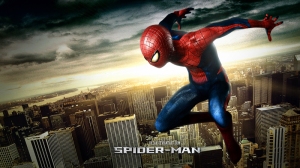 Spider-Man is the only teenage superhero out there (is that really such a claim?!) and doesn’t really hide his alter-ego at all from his acquaintances in this film. His adversary Dr Curt Connors (Rhys Ifans), later ‘The Lizard’ is an intrigueing character to begin with which may just be down to him only having one arm but yet again in a Spider-Man movie I really wasn’t too keen on how such a villain came about.

This was actually the 1st time for me to see a movie in the 3D format and as I expected I wasn’t that fussed about it. Sure there were some great effects but the glasses are not comfortable for me to wear and gave me a bit of a headache. When a film is 136 minutes in length I need all the help I can get in being comfortable, and though the seats were the best in the house, the special glasses didn’t aid my comfort.

Don’t get me wrong for I have probably come across as quite critical here but I did really enjoy this slightly darker, grittier re-boot which is also quite light and frothy in places. Its a good action film and will keep you entertained but I really don’t think this re-telling  adds too much to the original trilogy as we know about his dead father, the spider bite, being bullied and the consequences that lead to his uncle being shot.