So the Bourne franchise continues without the main man himself and the big question is whether or not Jeremy Renner can fill Matt Damon’s shoes! The tagline for this film is ‘there was never just one’ which does sound good and all that whilst at the same time making me smirk in a ‘you really must be kidding’ type way. 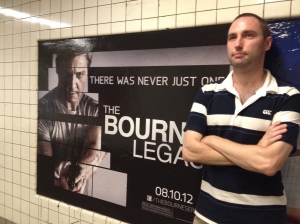 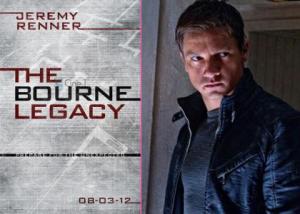 This film is a completely new story and nothing to do with the Eric Van Lustbader book of the same name which I read a few years ago. Compared to the original trilogy I think this one starts quite slowly but once it got into its stride it was typical Bourne action with the Manila scenes being the most action-packed albeit similar to what we have seen by way of the rooftop and motorcycle chases which were a part of ‘The Bourne Ultimatum‘ Tangiers package.

Many of the cast from that last film are back if you believe the exciting trailers for the film but in reality its just a very clever edit and marketing ploy to get fans to return to the cinema as Pamela Landy (Joan Cusack), Noah Vossen (David Strathaim) and Dr Albert Hirsch (Albert Finney) roles are more of the cameo variety. The story is centred around Jeremy Renner’s character Aaron Cross and Dr Marta Shearing (played by Rachel Weisz) amid a plot which isn’t exactly easy to follow. The story pretty much begins as ‘Ultimatum’ ended which may sound difficult given how well that went full circle with Bourne starting and ending in the water as the story pretty much closed.

‘The Bourne Legacy‘ deals with the fall out after Bourne’s exposure of ‘Operation Blackbriar’ and the Department of Defence is trying to cover up their black-ops ‘Outcome’ program which is an offshoot of both ‘Treadstone’ and ‘Blackbriar’. However, it is a bit different as they are using science to provide their agents with green pills to enhance physical abilities and blue pills to enhance mental abilities and for some reason which I forget this is how the two main stars meet up in this film.

It’s pretty sad to go to the cinema pretty much on arrival in a different country but that is what I did today when I saw this somewhere on 42nd Street here in New York which by chance is also where some of the film was set. I will have to see if I can track some of them down! Other locations used include Calgary in Canada, Seoul in South Korea and Manila and El Nido in the Philippines with the latter being music to my ears as I’ve already been there and got the necessary shots!

As a stand-alone trilogy I don’t think the one’s actually featuring Jason Bourne can be beaten and whilst Renner and Weisz do put in very good performances their characters are lacking the interest and complexity of the main man. They’re also fighting against a pretty desperate script and this sequel (extension?) of the Bourne series is quite ok as a stand-alone thriller if you’ve not seen the previous three but as no-one at all is likely to be in that category of viewers it doesn’t add anything much and really has no reason to exist.