This fourth Bourne movie to actually have Jason Bourne in it saw Matt Damon return to the role after a nine year break and it was business as usual. I thought it was enjoyable enough but just lacked a bit of the emotional attachment I had for the first three films. ‘The Bourne Legacy‘ (2012) was good but other than the title it wasn’t really a Bourne film so it was good to have the main man back for this self-titled movie. It all just felt a bit too familiar and similar to the other Paul Greengrass-directed films. Maybe unnecessary too as ‘The Bourne Ultimatum‘ (2007) rounded things off so well.

Filming locations are principally the Canary Islands (standing in as Greece), Berlin and Las Vegas but there’s about 15 minutes of London scenery and action around the hour mark. First up on 61 minutes is Sonic Digital (71 Praed Street) where Bourne pops in to get some electronic gadgets.

Bourne contacts a former CIA analyst linked to the Treadstone organisation which incidentally got it’s own ten-part spin-off TV series at the end of 2019. I’m not sure if I really followed and understood everything that was happening but really enjoyed it! Anyway, this former surveillance guy, Malcolm Smith (Bill Camp), is believed to have information concerning Bourne’s recruitment and the death of his father.

In true Bourne fashion, he spies on Smith working for a private security company in a 10-story glass office block (2 Kingdom Street) before phoning him with instructions to meet at “Paddington Plaza”.

Smith heads out of his office to walk the length of the Basin to meet Bourne whilst being tracked by hit-men and The Asset (Vincent Cassel).

The Asset follows a couple of the hit-men… 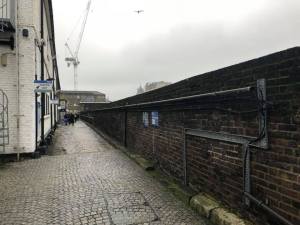 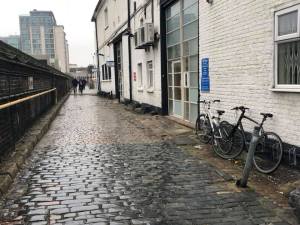 …and they meet their inevitable fate. That happens in this alleyway just off the main path running alongside the canal.

Smith heads over a footbridge.

He then waits nervously for Bourne who sets off fire alarms (presumably with the help of whatever he bought from that electronic shop) to create a crowd of mass hysteric people before swooping in to get Smith and whisk him away from all the people on their tail. The Asset soon catches up with them though and shoots Smith with Bourne behind him. They both fall off the building but of course Bourne manages to survive the fall!

Paddington Plaza is a fictional name as the area’s actually known as Paddington Basin. This complex saw a huge overhaul in 2001 and it became the inner-city waterfront area you see today. It’s a fairly spacious area with a basin of floating gardens surrounded by modern office-apartment buildings.

Heather Lee (Alicia Vikander), the Head of the CIA Cyber Ops Division, is confronted by Bourne who smashes the window of her van on 74 minutes in front of Greek restaurant Fantasia Palace (28 Praed Street) which is not too far down the road from the electronics store. Unhappy with Dewey’s (Tommy Lee Jones) orders to terminate Bourne rather than bring him in, she decides to help Bourne and directs him to a technology convention in the USA. 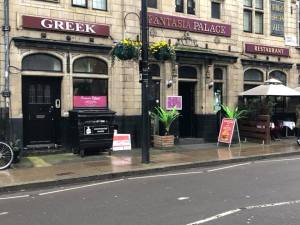 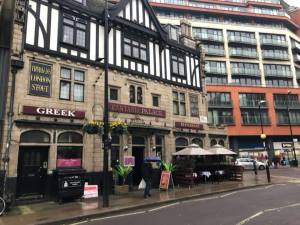 That is pretty much the end of the London scenes as the action quickly moves on to Las Vegas where The Riviera and Circus Circus can both be seen around 104 minutes. 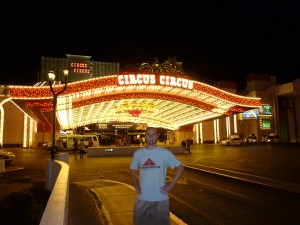