This then is the moment I’ve not been looking forward to but the tenth anniversary of ‘Lost In Translation‘ seems to be a good time to give my take on a film which has caused me to have many different feelings of emotion over the last decade. The reason I’ve delayed reviewing this film is that its probably the most famous one and its also one that is loved by so many except me who thinks its just a little bit over-rated.

The Autumn of 2003 was a monumental one for me as it was when I first came to Japan and you’d think that this film coming out at the same time might lead me to have quite an affinity to it……and in some ways I do, but I still can’t get past the fact that it’s quite a dull film and nothing much really happens! There, I’ve said it and now I guess I’ll face the backlash!

For anyone who has seen my guide to the filming locations of ‘Lost In Translation‘ you may be surprised to hear this. That particular piece has been very kind to Tokyo Fox in terms of regular hits but that’s due to the cinematography which fascinates me far more than the content of the film. Tokyo is of course the world I live in and from that aspect I quite enjoy ‘Lost In Translation‘ as a travel documentary but I’ve never really understood why its so popular elsewhere. 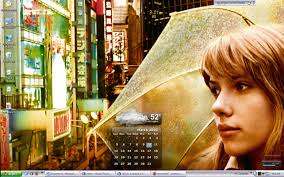 So as you probably already know, washed-up film actor Bob Harris (Bill Murray) and young wife Charlotte (Scarlett Johansson) are in Tokyo for different reasons. Both are lost in their marriages and lives, they’re feeling lonely, they don’t understand the language but together they share these experiences as they delve into both traditional and contemporary Japanese culture and customs. It’s their reactions in these situations that have caused the most controversy. Some people think that the characters in this film come across as spoiled, bored, rich and unsympathetic foreigners but I’m not so sure.

Of course, many people jumped on the moral high horse saying its racist and stereotyping and all the usual nonsense but there’s a reason these generalisations exist and thats because there’s an ounce of truth to them. Sure, some of the scenes afford the Japanese little dignity as the viewer is pushed into laughing at the small locals and their funny ways but that is seemingly what people want when it comes to seeing things about Japan.

I think the western world’s obsession with the whacky side of Japan’s culture gives this film the fuel for its fire with many of the scenes depicting the zaniness of what makes up such a small minor part of its society. I absolutely hated the “lip” my stockings and whacky gun-fire chase scenes which were just bizarre. On the other hand, I did actually like Harris’ appearance on the TV show ‘Matthew’s Best Hit TV‘ (yes, that show really did used to exist!)….even though I usually despise such dumbed-down juvenile TV.

The more ancient customs may be somewhat shoehorned into the film by way of ancient temples and shrines, chanting monks and ikebana but to her credit Charlotte does watch all of this without judgment which is all you can do sometimes as a ‘fish out of water’.

Anyone who has ever spent a bit of time in Tokyo will of course pick faults as is customary when films are made in foreign settings but maybe they’re missing the point as this film is about a couple of American’s who didn’t really choose to visit the Japanese capital but were instead thrown into a situation and did what many often do. The only difference here is that its captured on film and shown to the world. Sure, nothing really climactic or dramatic happens but it’s more about appreciating the atmosphere.

Ten years later, we still have no idea what Bob whispered into Charlotte’s ear at the films climax and to be honest do we really need to?! It wouldn’t make any difference but directors often like to leave audiences thinking at the end and such a scene with a vague message does exactly that. I hope it’s never revealed until the sequel comes along!