Peru is a country that has long fascinated me and is one I’d love to visit. I know it of course for the world wonder that is Machu Picchu, ex-Leicester player Nobby Solano (13 appearances!), Deportivo Wanka football club but most famously it’s the original home of Paddington Bear. A lot of the British population have a huge affection for this fictional bear due to Michael Bond’s books and the 1975 TV series and thankfully this 2014 movie didn’t disappoint with this warm and witty story.

It starts off in “Darkest Peru” which was actually filmed in Costa Rica though I can’t be any more accurate than that I’m afraid! Tower Bridge (10 minutes) is one of the first places seen in London as the postman drives across the famous bridge with Paddington (unknown to him) in the back of the van. 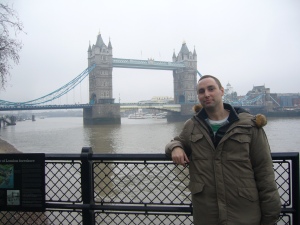 Marylebone Station (11 minutes) was used to portray Paddington Station as it was thought to have a much more aesthetically pleasing entrance than the real Paddington station. 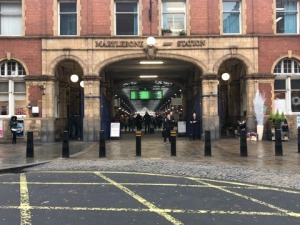 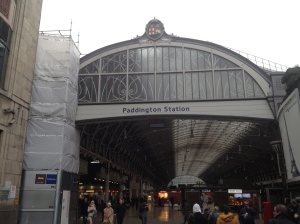 Under the big clock on platform 1 at Paddington Station is naturally the first proper locale as it’s where the Brown family stops and offers the bear a place for the night. 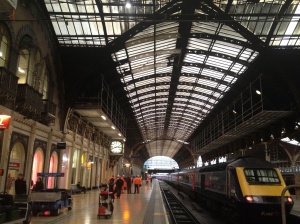 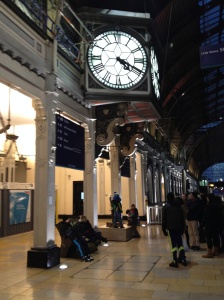 They name him Paddington and there’s actually a bronze statue of the accident-prone bear and a seat under this clock at the station which gave him his new name. 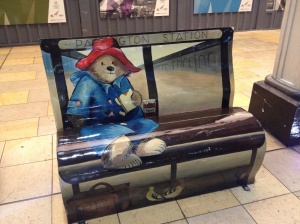 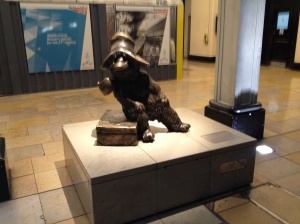 This Paddington statue (below) can be found on the Paddington Basin side of the station. 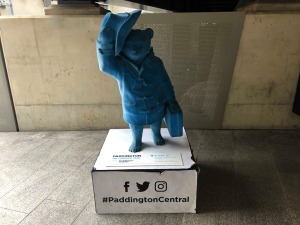 Matt Lucas of ‘Little Britain‘ fame is the taxi driver who drops them off at “32 Windsor Gardens” (17 minutes) which is where the Browns live although in reality it is the colourful homes on Chalcot Crescent (below) that feature. Paddington stays with the Brown family at number 30 and next door at 32 is Doctor Who! Peter Capaldi plays Mr Curry, the nosy neighbour. Chalk Farm is the nearest tube station. 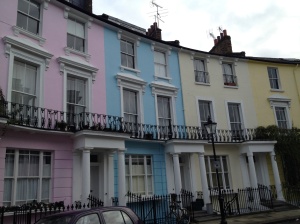 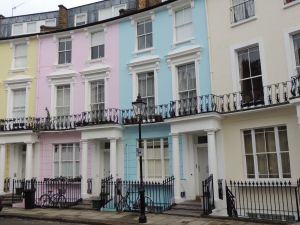 Maida Vale (below) on the Bakerloo line doubles up as “Westbourne Oak Station” on 33 minutes where the Browns take Paddington, amid some funny escalator and ticket barrier scenes, en-route to an antiques shop. 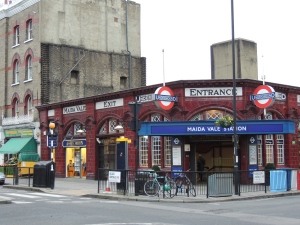 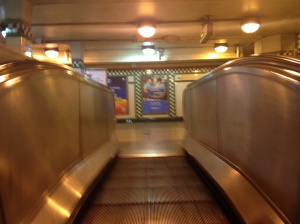 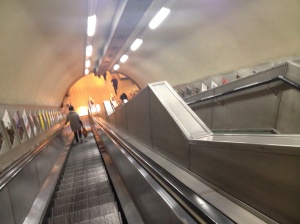 They meet Mr Gruber (Jim Broadbent) on 35 minutes at Alice’s Antiques (below) on 86 Portobello Road. They hope Gruber can give them some clues to his red hat which he believes can help locate Montgomery Clyde; the explorer who found the bears in Peru at the start of the movie. 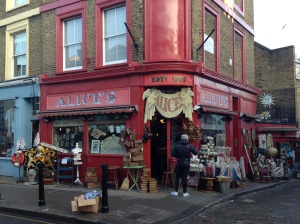 Mr Brown (Hugh Bonneville) takes Paddington to get more information on Clyde at the “Geographers Guild” which is the Reform Club at 104 Pall Mall (below) and has previously been seen in a couple of 007 films;  ‘Die Another Day‘ (2002) and ‘Quantum Of Solace‘ (2008). 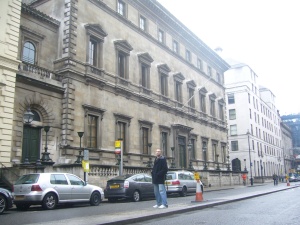 Feeling unwanted at the Browns, Paddington leaves in search of Montgomery Clyde who he believes will offer him a place to stay. Armed with a list of M. Clyde’s he eventually turns up at 52 Downshire Hill (below) in Hampstead on 68 minutes which is the home of evil taxidermist Millicent Clyde (Nicole Kidman). 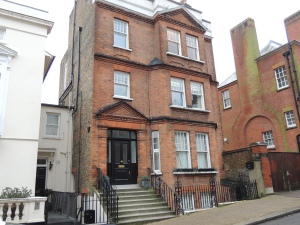 The museum (below) in which Millicent Clyde keeps her office is the Natural History Museum (71 minutes) on Cromwell Road in South Kensington. Like most museums in the nations capital, it is free to enter. 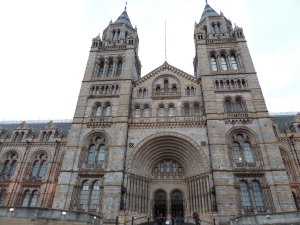 Even before the movie came out late last year, Paddington has always been a pretty ubiquitous part of the tourist trail with merchandise on sale at many tourist shops and there’s a model of him outside a shop on Portobello Road in Notting Hill (not too far from the aforementioned antiques store) which is seen in a chase scene earlier in the film. 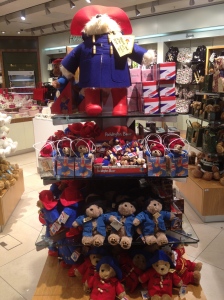 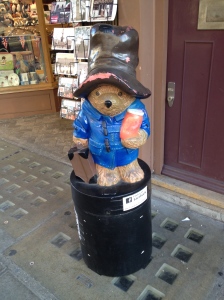 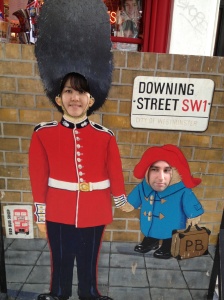 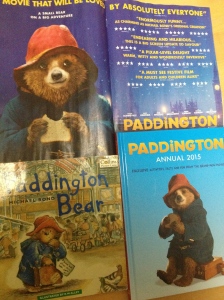 Update: ‘Paddington‘ finally gets released in Japan on 15th January, 2016!!