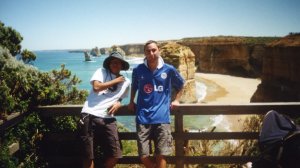 It was 15 years ago that I set off alone on a journey to a huge island country on the other side of the world with just a backpack to my name. Other than the Australian soaps, ‘Crocodile Dundee‘ and typical TV footage of Sydney Harbour I really didn’t know too much about the place and I certainly had no idea about backpacking!

It was ultimately a year that helped make and shape me for many years thereafter but before that I had only rarely ventured beyond the shores of Great Britain so it was quite a big step and one that I undertook having done very little research other than asking my oldest sister a few things from her time doing the same a few years earlier.

Writing online diaries was pretty much unheard of back in 2001 (I did meet one Dutch guy though who said he had something called a blog!) and there was no social media then either so updates were done via e-mail messages whether they be individually or in bulk. It really does seem like a bygone era even though it’s just over a decade ago but certain things like MP3 players, social media, tablets and smartphones have really taken off since.

When my eldest sister Ruth bought me a journal for Christmas in 2000 I never thought for a moment that someone like myself would use it and I even considered not taking it!! What do you know but twelve months later and I’d fully completed it!

Admittedly, it was a bit of a hassle to keep it up-to-date at times but on the other hand it gave me something to do during spare moments and I’d also like to think that the need to write something different each day prompted me into doing a lot more than just sitting around watching television.

Last year I decided to input the whole diary (well a few things just had to be edited!) onto a new blog called ‘A Fox Down Under‘ which you can find here.

You’d have to be mad (or really bored!) to read each and every entry especially those incredibly dull early diary entries when the idea of keeping a journal was all new to me and I didn’t really know what to write. Thankfully, Tokyo Fox has sifted through them all and can lift the lid a little on what really happened during those twelve months in 2001 and 2002. It really is an impossible job to just choose ten but these are the ones I’ve gone with for a variety of reasons. Listed in chronological order these are the TF top 10 journal entries……. 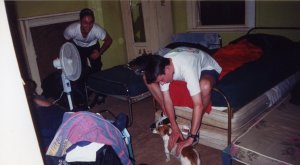 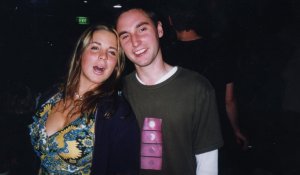 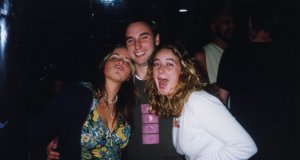 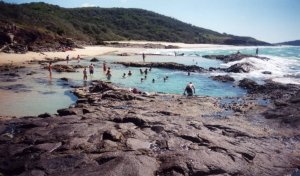 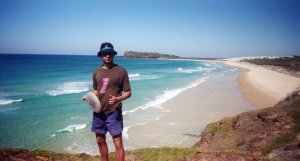 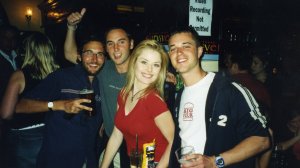 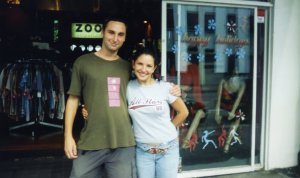 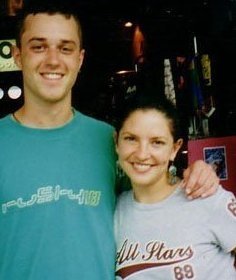 The journal continued on into New Zealand, Fiji and finally over to Southern California before I returned to the UK with my sights set on venturing over to Japan one day. Eventually that happened and the rest, as they say, is history.

A Leicester City fan teaching English in Japan
View all posts by tokyofox →
This entry was posted in Australasia Travel and tagged A Fox Down Under Wordpress blog, Ando's outback tours, Australia, Down Under, Fraser Island, journal, meet the neighbours night, rebekah elmaloglou, tokyo fox. Bookmark the permalink.