There’s far more to Narita than the Airport but making the effort to travel over that way is another thing. I’ve wanted to return to the Narita-San temple complex for many years but have always felt it too far to go just to see some temples! In my mind the best option was to visit the town before taking an evening flight but that never quite happened. However, when we finished sightseeing in Sakura earlier than expected, the chance was there to visit Narita before continuing on to Kashima Soccer Stadium later on.

Narita is only ten minutes away from Sakura on the Keisei Line and from there it’s a pleasant 15 minute stroll downhill to the temples. The immediate streets are lined with various stone animals (below) as well as many restaurants and shops.

Beyond that is an area reminiscent of the famous traditional warehouse-lined Kurazukuri street of Kawagoe (a.k.a. Little Edo) in Saitama prefecture. Unagi (eel) is one of the local delicacies and it’s smell was wafting around a bit as we passed some stores specialising in it. No real time for any of that though but we did have a special unagi onigiri (rice ball) later on as we exited Narita by train.

Back in 2004 I visited this place but had very little recollection of it and I can’t say this trip brought back too many memories. Narita Shinshoji is a very impressive vast area with a broad variety of temple buildings dotted around it’s ample grounds. 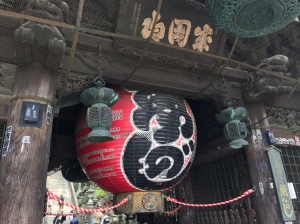 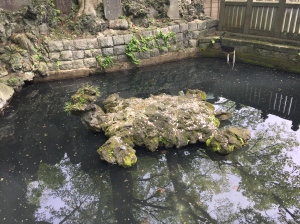 Our destination was the Great Pagoda of Peace (below) which stands at 58 metres tall and was erected in 1984 in prayer for world peace. There is a nice water feature at the foot of the steps leading down from the pagoda and not so far from there was a waterfall amidst the quiet and spacious nature of the park. 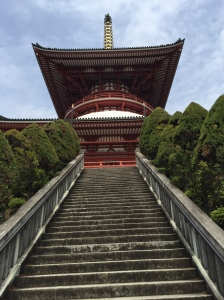 Naritasan includes a number of temple halls, a three-storied pagoda and is a popular place with locals and tourists alike. I can’t imagine too many Tokyo-based people travelling to Narita just to visit this complex so I do wonder how many of them are doing this as a stop off before the airport. Or maybe it’s people in transit who don’t have enough time to go into Tokyo so they get a taste of Japanese life and culture at this place. Both Neil and I were very impressed with Naritasan and consider it a worthy day trip from Tokyo in it’s own right. 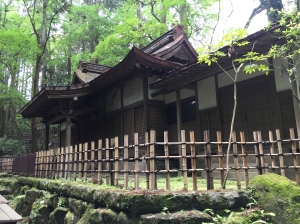 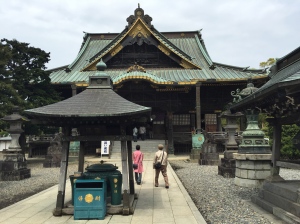 To be fair, our time in Narita was too short but it was only ever meant to be a bonus stop en-route to Kashima in Ibaraki prefecture where we ventured on to next to see the football match which was the focal point of this long day trip.