TF Flashback – Driving Across The Nullabor (2002) 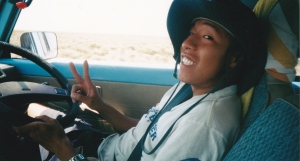 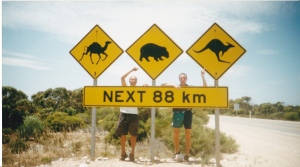 One of the most common questions I get asked by students is why I came to Japan. I’ve talked on here countless times about World Cup 2002 being an influence but the main reason for my interest in this country is to do with my time in Australia, particularly Perth. Whilst spending ten weeks in Western Australia I met many Japanese guys and had such a good laugh hanging out with them at the hostel that I decided to embark on a journey across the whole of Australia with two of them in early January 2002.

Thanks to the journal that I kept at the time (available online at afoxdownunder.wordpress.com) we can now take a look back to a memorable journey that proved to be a highlight of my year down under. It began on this day 15 years ago when we finally left Perth behind at 11am in Keisuke’s blue Mitsubishi van with Jun-the Kid in convoy but it took us a while to find the correct road to take us out of the city. Eventually, we proceeded to drive approximately 600 km to Kalgoorlie where we arrived at 10:30 pm and discretely parked the van in a caravan park for free rather than paying for accommodation. 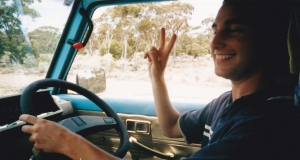 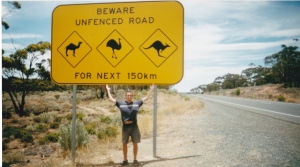 I woke up at 4:55 am and discovered that most of the water had been used in the night. I later found out the reason for this was that Keisuke had fallen asleep and the mosquito killer aid had diminished thereby causing the passenger door to slightly catch fire. All this happened while I was fast asleep on the back seat!!

Before we could buy a few food supplies at the supermarket we drove up to Mount Charlotte Lookout which gave a fairly boring view of the town and some mines. We then drove 680 km which saw me make my driving debut on the not-so-taxing 90 Mile Straight road which didn’t have a single kink in it! 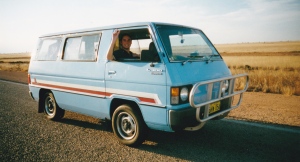 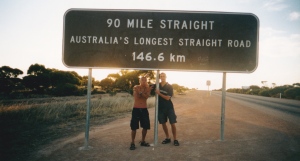 We did intend to spend the night in Cocklebiddy but was asked to move our vehicles from the caravan park site by the miserable woman owner whilst we had a beer and played pool in the bar. As a result, a caravan park in Madura provided the area for us to park and sleep in the van.

The following morning we made our way to Eucla in the morning where we saw many emu’s and explored the ruins of an old telegraph station which was four kilometres down a gravelly track. 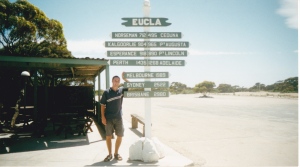 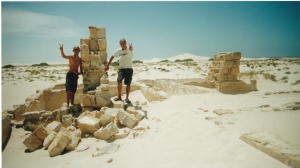 Expecting a fruit and vegetable check a further 12km along at Border Village we started throwing carrots at Jun in his car as we drove side by side on the empty road. Very childish and probably a little dangerous but we were young and didn’t know any better! However, there were no checks there for people leaving Western Australia.

In Border Village we took the obligatory photos of the WA/SA border sign as well as a five metre high fibreglass kangaroo which pinpointed distances to international and national destinations. 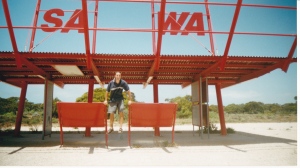 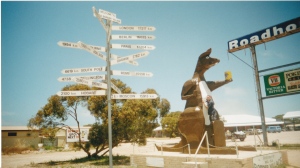 In South Australia we stopped at six coastal lookouts over the Bunda Cliffs followed by a 16 km detour to Head Of Bight where we viewed giant sand dunes forming in the east and towering cliffs to the west. To be honest, it was a bit of a letdown but we were out of season to see whales and had already seen many coastal lookouts so were a bit tired of them. 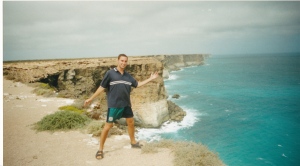 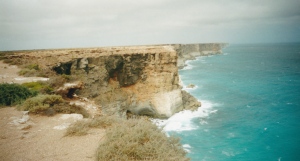 We stopped for the night many, many hours later across the Nullabor at the Penong Caltex truckstop where I slept for the third night running in the van. The next day, we left  behind the windmills of Penong to travel on to Ceduna after which we stopped at Wirrulla where we used a free BBQ to cook the cheapest and most basic of noodle (with  carrots!) lunches. 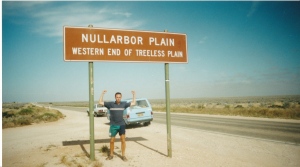 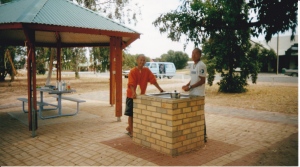 A few hundred kilometres later it was my turn to drive again from a place called Iron Knob which I’d read about back in Perth in Richard Richard’s FHM magazine in an article entitled “Worst holiday destinations in Australia”. 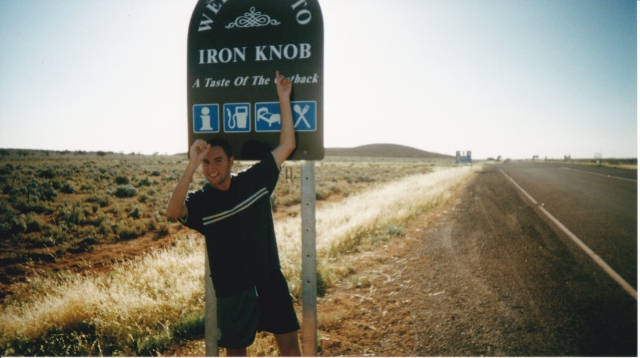 I drove on to Port Augusta which involved just one surprise turn-off point and thankfully there were no other vehicles around. Port Augusta was considered by the three of us (remember that Jun-the kid was travelling in his car behind us all the time!) to be too dangerous so after a quick supermarket stop we ended up driving all the way to Adelaide. Arriving just after 2am, we ended up driving around the city for ages before finding a car park to sleep in.

We didn’t wake till mid-morning when we then took a quick walk around the city before turning up at Adelaide City Backpackers where we wanted to check in but couldn’t as the owners were out. Instead, we headed back to the city centre where we spent four hours looking around and walking up and down the same streets time and time again.

Back at the hostel later we checked in and I could finally take a much needed shower and change the boxer shorts I’d been wearing for a few days! The hostel later provided us with free cheesecake before I went up to Windy Point with Keisuke, Jun-the-kid and five Japanese girls for a lookout over Adelaide City by night.

Once we’d left the backpackers in the morning we drove north-east to the Barossa Valley where we went and got slightly sizzled for free with Keisuke and Jun-the-kid getting more drunk than me and the former was driving too – danger!! We went to about five wineries including Glazier Wines, Chateau Borossa and Rockfield Wines and left early afternoon via the Mengler Hill Lookout which gave a view over the Barossa Valley. 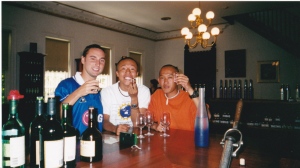 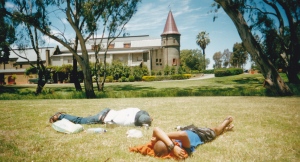 Returning to Adelaide we had to get Jun-the-kid’s car from outside the hostel before we went to the Adelaide Oval to take a couple of pictures before getting back on the road. We drove to Murray Bridge and subsequently on to Policemans Point where we returned (after just one night in a bed) to sleeping in the van at Coorong Caravan Park. 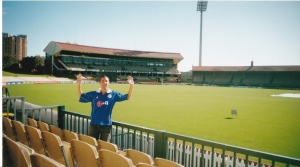 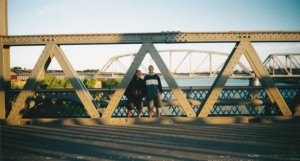 Larry The Big Lobster at Kingston was the main attraction the following day along with Mount Gambier which is built on the slopes of an extinct volcano and has three craters; two of which have lakes with the beautiful Blue Lake providing some great views. 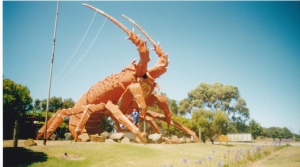 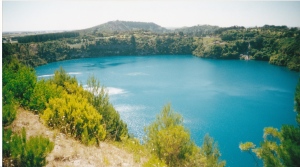 The Great Ocean Road would then take us on to Melbourne and the road trip would eventually continue on to Sydney. 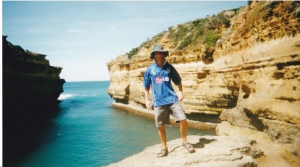 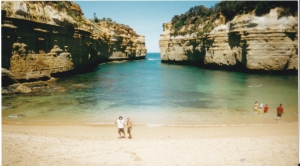 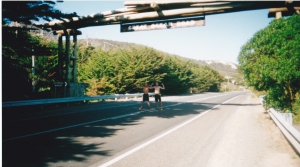