There are many castles dotted around Japan and I seem to have been to my fair share of them but one omission has been the one that is actually the closest to Tokyo. Odawara lies in Kanagawa prefecture about 80km away from Tokyo and so with my parents-in-law driving back to their holiday home in Izu the other Sunday I decided to catch a lift with them and get dropped off in Odawara. We all left the Tokyo Fox Global Operations Centre at 7:45am so was already at the castle by 10am and they accompanied me to the exterior grounds where there was a photo opportunity with some armour clad guys. 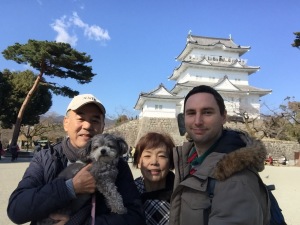 We had seen Mount Fuji in all its splendid glory on the drive but I have no decent photo of that so you’ll just have to take my word for it! I know that sounds a bit crazy but in a world where just about everything is recorded it is not often the case! My in-laws departed once we’d had a quick look at the monkey cage in the castle grounds and so I obviously went inside the five floored castle having paid the 500 yen entry fee. I was a bit disappointed that there were no leaflets giving any information about the castle and it’s history whether in English or Japanese!

I pretty much went straight to the top to see the views across the entire Sagami-wan Bay area before descending and taking a quick look at each floor. Odawara-jo was originally built in 1417 but was demolished during the Meiji period (1868–1912) and then restored in 1960. There was a large scale renewal only last year where various historical materials such as armour, swords and so on were newly exhibited. I’ve been inside quite a few castles and have got to the stage where I feel like they all just kind of merge into one so didn’t spend too long there. 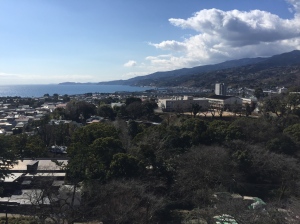 Some of the samurai outfits were pretty cool and I couldn’t resist asking someone to take a picture of me poking my head through one of those cut-out things.

One of the reasons I chose to go Odawara at this time of the year was to see the plum blossom which precedes the more famous cherry version every year. Sadly I was already too late to see it in large quantity but there was a solitary tree in the foreground of the castle which was in bloom. 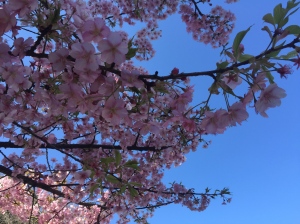 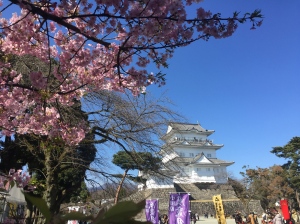 As we’d entered the grounds from the side, I had missed out on seeing some of the exterior sights around the moat part but was able to see them as I departed the castle. 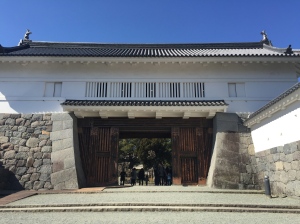 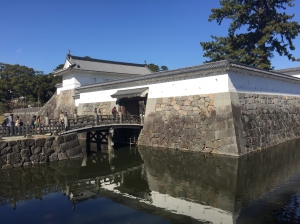 Odawara Keirin Stadium was a place I was keen to see and on my arrival there I was surprised to see some people making their way inside so I wandered in to see what was going on. There were lots of men (and very very few ladies, if any at all!) hanging around and placing bets but there just didn’t seem like there was any action about to happen anytime soon. There was one cyclist out on the track and that was it but there was no-one really sitting in the stands. Eventually I asked a guy if there was any cycling taking place  but he said no and that the bets were being placed on another keirin race elsewhere in Japan where there are nearly 50 velodromes. 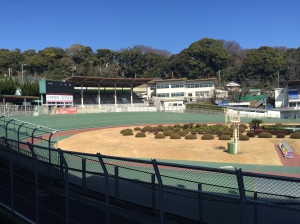 This is one sport that I’m interested in seeing live actually and with the Olympics coming to Tokyo in 2020 what an opportunity that could be. Regular keirin in its origin country is a world away from its more glamourous Olympic counterpart though as it’s mainly about gambling and many punters prefer to watch via TV screens in the betting hall rather than stepping out from the concourse to see it live. 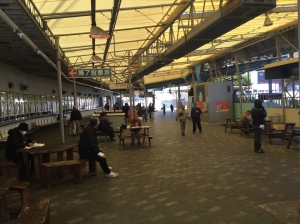 At the station I had a quick look outside the West Exit on the other side as I wanted to see the bronze statue of Hôjô Soun (below) who sieged Odawara castle in 1494. 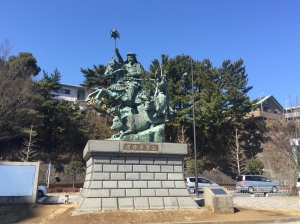 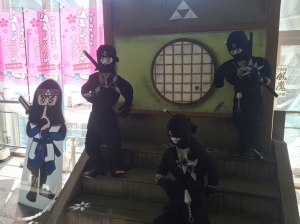 There was some ninja feature-piece in the station (above) which I saw briefly as I rushed through the station to take the train onto Ofuna for the next stop on my journey back home.

3 Responses to Tokyo Daytripper: A Morning In Odawara City