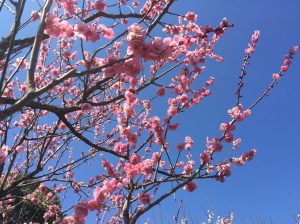 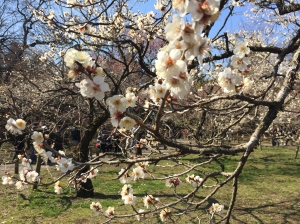 As one of the three main gardens in Japan, a visit to Kairakuen had to be done but with no time to go after the Mito Hollyhock football match had concluded, there was no real choice but to view them mid-morning ahead of the game. Being a weekend meant it was always going to be busy and that was very apparent when I arrived at about 10:30am which was a far cry from my time at one of the other main gardens in Okayama when I pretty much had the whole place to myself! 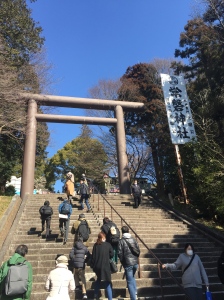 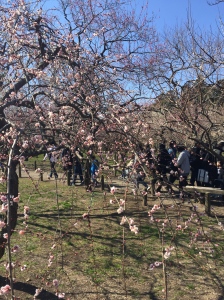 I thought I’d be waiting for Jack outside the entrance but on discovering that entry was free, I decided to take a quick look around the gardens as I knew time would be limited once he arrived. Back in 2006 I actually visited these gardens but really couldn’t remember anything about them including the journey to and from the place. I’ve not been to Kenrokuen in Kanazawa so can’t compare Kairakuen with that but I can contrast it with Korakuen in Okayama which in my opinion is more interesting which may be down to the fact that it has a castle overlooking it. 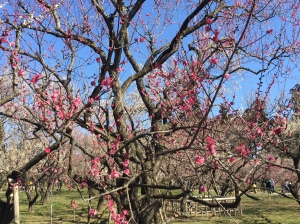 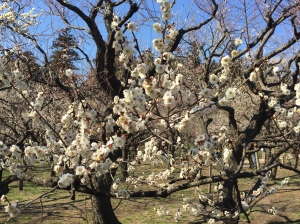 For a non-flower person like me it is really easy to appreciate the beauty of cherry blossoms in all their glory every Spring time but I really struggled to have too much affinity towards the plum blossoms. They were nice enough but in my opinion not as visually pleasing as their more famous sister plant. 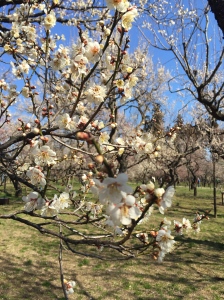 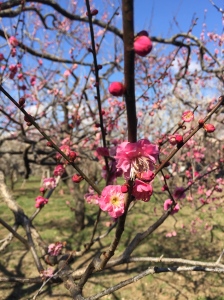 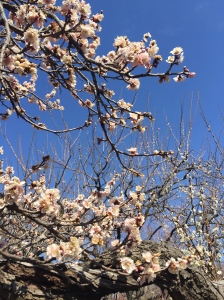 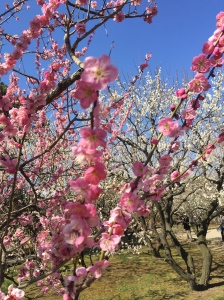 Non flower enthusiasts may well think that every pink flower in Japan is a cherry blossom but there are differences in the shape of the individual petals and how the flowers are attached to the branch of the tree not that that means anything to me really! 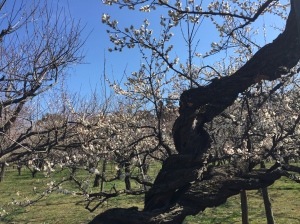 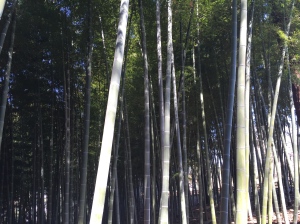 There was also a tiny natural spring in the gardens too which, despite its size, has supposedly been producing a large amount of spring water since ancient times. The water is said to be a remedy for vision problems but is also used during tea ceremonies. As expected, many people got very excited by this spectacle and took the opportunity to have a quick wash and a drink. Jack was one of them! 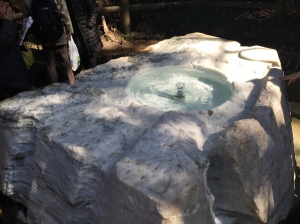 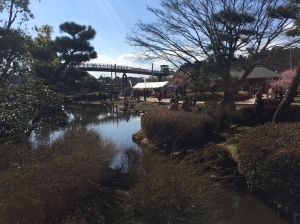 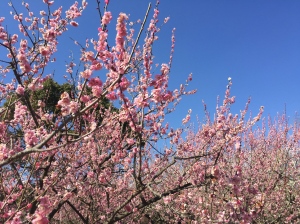 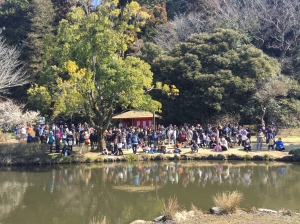 The original plan had been to just spend an hour in the gardens with a lenient view to extending it if need be. However, we had had enough after about 40 minutes and started to make our way towards the exit (and past the many food stalls) ready to take the train to Mito which was just a couple of minutes away. 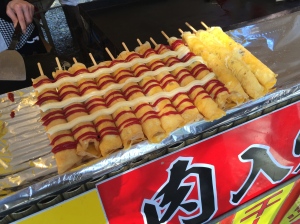 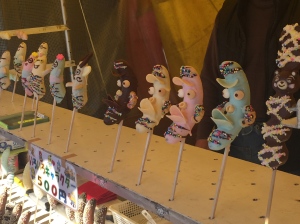 There was one last opportunity to get our photo taken with some kimono-clad girls on the platform which descended into chaos every time a train dropped a load of new visitors to the gardens. 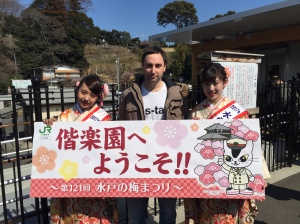 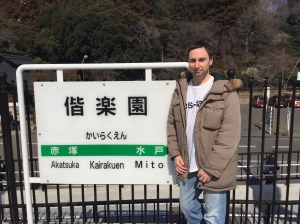