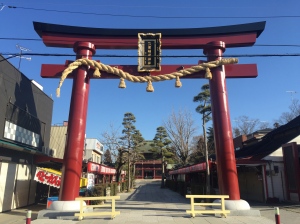 Japan loves to categories things into ‘Best 3’ lists such as gardens, castles and so on which I’ve mentioned before. The same also applies to Inari Shrines with Fushimi Inari in Kyoto and Toyokawa Inari (which is actually a temple!!) in Aichi comprising two of them. The third one often depends on regional pride of the person speaking so it could be in Okayama, Miyagi, Saga or this particular one in Ibaraki.

Once it was decided that I would be going to Ibaraki prefecture for a football match kicking off at 2pm and visiting Kairakuen before that, I knew I had to rise extra early to squeeze Kasama Inari Shrine into my schedule too. Whilst in that part of Japan I wanted to get as much done as possible as it’s not an area I intend to see again for at least a few more years. As a result I left the Tokyo Fox Global Operations Centre at 5:15 am in order  to be at Kasama station by 8:00am! 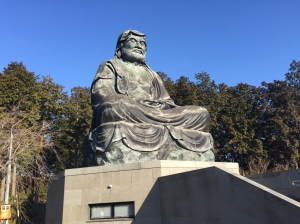 Following a quick taxi detour via the Daruma statue at Oudai-in Temple (above) I was  then driven on to Kasama Shrine which is located in the midst of the town centre. Entering through the giant torii gate, the entranceway is lined with souvenir shops and stone fox statues on both sides. 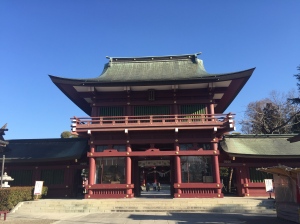 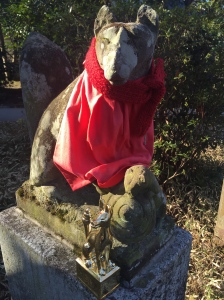 Kasama Shrine only took around half an hour to see all that it had to offered as it is quite a small place compared to the likes of the aforementioned Inari shrines in Okayama, Kyoto and Aichi prefectures.

It’s fair to say that my expectation beforehand for this place was quite low and the reality only just about exceeded that! However, I almost felt obliged to tick this one off whilst I was in the vicinity. The mother and cub statues (below) were quite interesting to see as it seems they’re not so common but I could be completely wrong on that one! 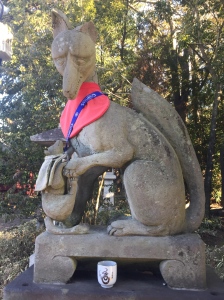 The main hall was your typical run-of-the-mill type place and to the left of that were the usual colourful wooden blocks known as ema which are used for writing prayers on. 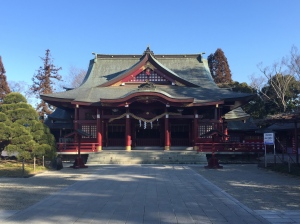 A plethora of lucky charm souvenirs were on sale including fox keychains and there was even some official (JFA) Japan Football Association ones too which I’ve never seen before. Perfect for Samurai Blue fans wanting to lend a hand to their team as they seek to qualify for World Cup 2018 in Russia.

To the right of the main hall is a doorway leading to the back of the shrine where there is  a collection of stone foxes. Whilst its nowhere near on a par with that at Toyokawa Inari in Aichi, it was still a most welcome sight for me as things had been fairly average (at best!) up until that point. Now, critics of the ‘On The Fox Trail……’ series have said that it’s basically just Tokyo Fox prancing about in various Leicester City shirts amongst some stone foxes at shrines……and to be fair there’s probably an element of truth in that as proved by a couple of the following pictures! 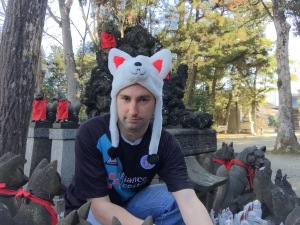 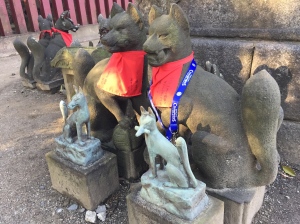 This collection of foxes did seem a little unloved and with it being at the back of the shrine it is probably not seen by the majority of visitors to the shrine. Unlike the rows and rows of foxes on show at both Toyokawa Inari temples, these did slightly resemble a stockpile of tacky souvenirs out the back of a shop! 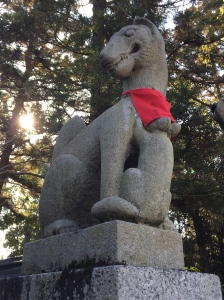 How to get there: JR Kasama station is on the Joban Line and is about 20 minutes walk from there. There is a map and an information centre just outside the station with bicycles for rent. If you’re in Kasama itself then you might as well see it but there are far better places to visit if you’re exploring the Ibaraki area.