The seventh and final part of this ‘Shin Gojira‘ filming locations series limps to a disappointing finish but maybe that is quite apt given how many of the Godzilla movies have finished in such a fashion! The conclusion of this series ironically features locales that appear in the opening scenes shot on what is known as the Tokyo Bay Aqua Line. Despite the use of the word line though, it is not actually a train line but is the bridge and tunnel which help drivers get from Kawasaki (Kanagaawa prefecture) to Kisarazu (Chiba prefecture) or vice versa. Whats more is that there is a kind of floating service station called Umihotaru in the middle of the bay connecting bridge and tunnel. 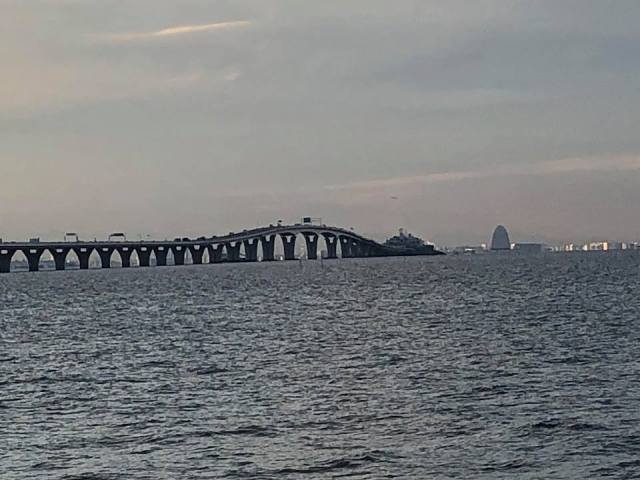 This 2016 film starts off right away on minute one in Tokyo Bay where a pleasure craft called “Glory Maru” has been spotted adrift offshore of Haneda Airport.

N.B. The time codes given are approximate and may be slightly different to the DVD or blu-ray versions.

A distinctive tower called Kaze no Tō (the tower of wind), located in the middle of the tunnel between Umihotaru and land, is shown on screen in the distant waters. The bay’s constant wind is used as a power source (not sure what exactly!) and supplies air to it too. 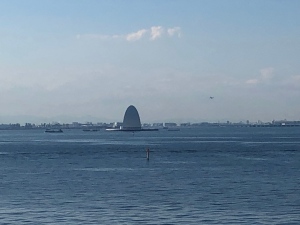 A minute later and the Tokyo Bay Aqua Line is shown to have a leak. What could have caused this? Hmmm, I wonder! The best shot I could really get of the tunnel interior was from my seat on the bus which I took between Umhotaru and Kawasaki. 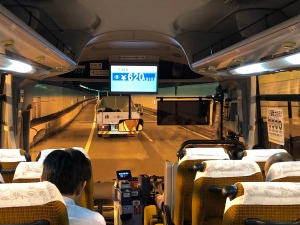 The next shots of the area are on three minutes with a shot of Aqua Bridge which crosses the bay from the Chiba side. Replicating this was not so easy (as you can see!) as the closest I could get was the marina area just north of where the bridge starts. It’s 50 minutes on foot from Iwane Station or a one hour walk from Sodegaura Station. I chose the latter as I was returning from a trip further down the coast and my train didn’t stop at the former. I jogged on down to the area but I’m not sure if it was really worth it as I had hoped to get a bit closer to the bridge. 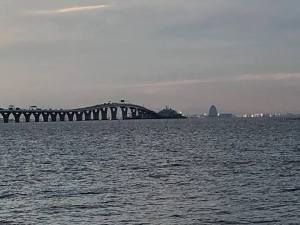 The artificial island itself pays homage to it’s appearance in ‘Shin Gojira‘ (2016) with these Godzilla prints (below) on the western side. 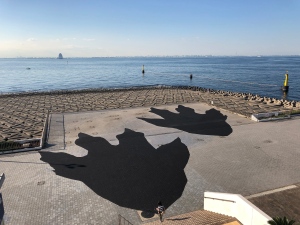 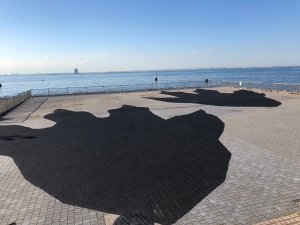 Travel for about 170 kilometres north and you’ll end up in Utsunomiya in Tochigi Prefecture which was used for a few brief scenes. The Japanese Prime Minister’s office is normally in Nagatacho (Tokyo) but for this movie they used Tochigi Prefectural Office (Hanawada 1-20, Utsunomiya, Tochigi) and it features numerous times with the first appearance coming after just a couple of minutes. 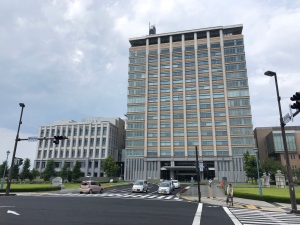 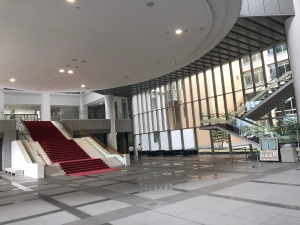 It is believed that the two streets below were used for the Tokyo street scenes in Kamata with a load of extras employed to make the scene realistic. 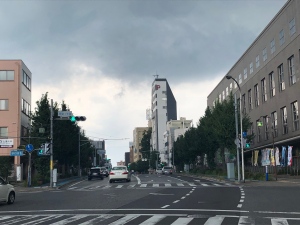 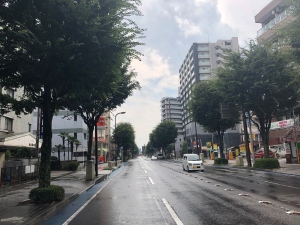 Bonus: Back in Tokyo there has been an exhibition of 29 Godzilla movie posters on the barriers next to a construction site just outside of Nihonbashi exit of Tokyo Station. 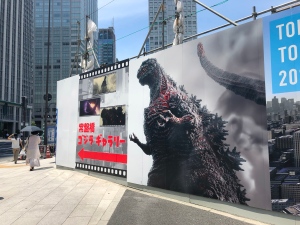 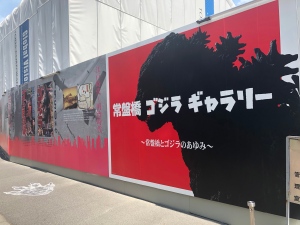 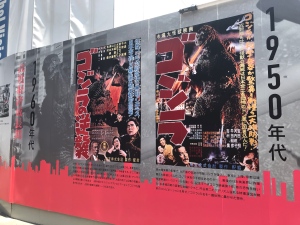 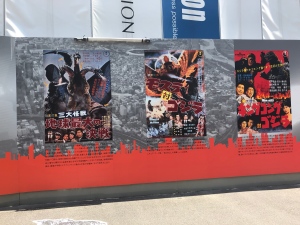 From the original 1954 film these posters continue through the years going up to the present animated ones. They have been there since February this year and the 140 metre long wall of posters will be displayed until January 2019. 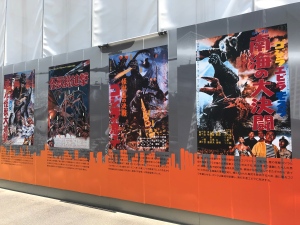 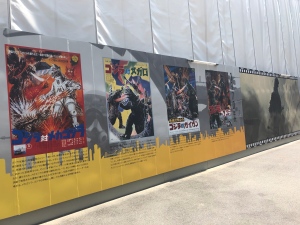 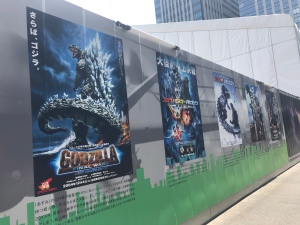 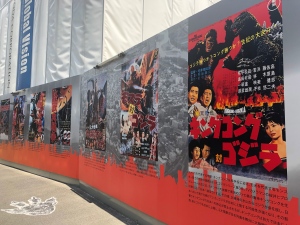 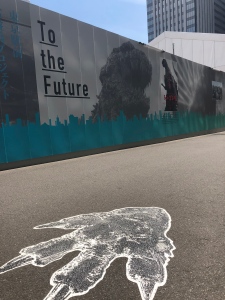 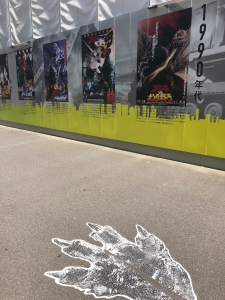 Click here to read ‘Dining Out: The Godzilla Hotel’