This mini-trip taking in some sights of Japan’s northern region began by heading out eastwards from Tokyo to Mito Station in Ibaraki Prefecture. The 15 minute window before my next train meant I had sufficient time to pop out of the station just to get a quick shot of this natto statue (below) which was presumably built to honour the home of fermented soy beans! 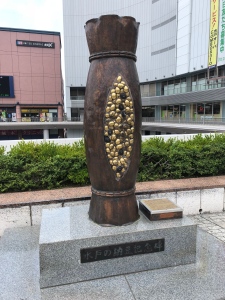 From Mito I then headed up to Hitachi-Daigo Station on the JR Suigun Line for my first sight of the day which was a short ten minutes away on foot over the other side of the river. With only half an hour till the next train I knew I had to be quick to find it, get some pictures and return to the station. Train delays meant I only had 25 minutes though! Located at the foot of a mountain is Anko Anji Jizō-san; Japan’s largest jizō statue (2826 Ikeda, Daigo-machi, Kuji-gun, Ibaraki-ken). For those that don’t know, jizō are traditionally seen as the guardian of children, and in particular, children who died before their parents. This particular one appears to be a female which is quite rare as jizō usually takes the male form. It was built in 1984 and has a unique face which is almost comical in appearance! 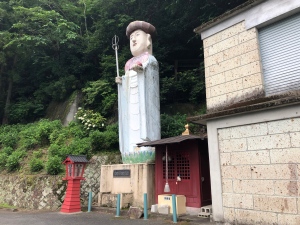 There was just enough time to snap a couple of pictures at the station (below) including one of the locomotive that sits on display in it’s car park. 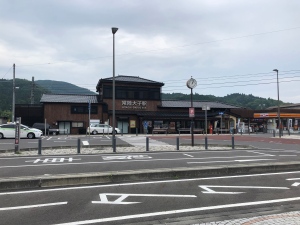 One hour further up the line was Iwaki-Asakawa which was my next destination. I went in search of a mummy that I had seen on YouTube last year. This was no ancient Egyptian mummy though as Japan also has a history of it’s own preserved mummies.

The process of mummification basically amounts to some kind of disciplined suicide. Body fat is reduced via an extreme diet which helps dehydrate the skin and they are then incredibly entombed alive and ring a bell every day for as long as they are alive to keep people outside informed! On passing away they are left alone for three years and only if the preservation is perfect, and their flesh is still intact then they are placed on display.

Kanshu-ji Temple is home to the mummy in question and it is a 45 minute walk away amidst countryside and thankfully the anticipated rain managed to hold off for the duration of my time in the area. 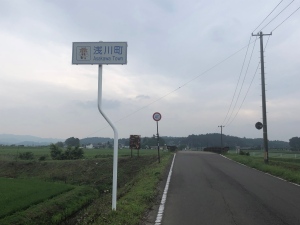 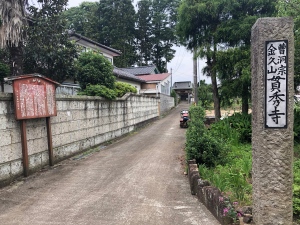 Sadly I wasn’t so lucky on my arrival as the place was completely deserted, the buildings were locked and there wasn’t anything interesting for me to see at all. Admittedly, this occurrence is a fear I often have but that’s a risk I’m prepared to take. Usually I get to see and experience what I hoped for but occasionally it does all go wrong. This was definitely a case of the latter! 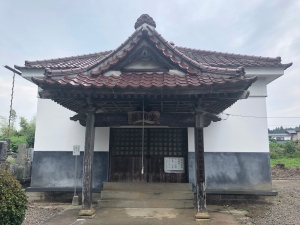 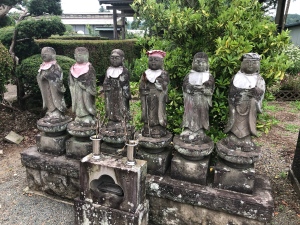 Subsequent internet research told me that you have to make an appointment the day before or whenever! There was a telephone number to ring though so, with nothing to lose, I dialled it up and spoke to (presumably) a monk who told me that the mummy had been transferred to a museum in Tokyo for an Autumn exhibition display. I didn’t know whether to laugh or cry as technically I had come from the capital city that day not that I had really travelled that far north just to see it. Still, I had gone to a fair amount of effort to get there.

This article from GaijinPot Travel has more information about Kanshu-ji Temple and the ‘Abroad In Japan‘ video can be watched below. The Mummy bit is seen on six minutes.

Iwaki-Asakawa Station (below) on the Suigun Line is the “closest” station but let me remind you that it is 45 minutes away on foot!

Another hour further north was Koriyama which was where I’d be spending the night before heading south-east the following day to see two more sights that featured in the aforementioned YouTube video. Outside Koriyama Station there is this pointless modern-art doorway. I walked through it but where was I transported to for the next Tokyo Fox adventure? Find out real soon! (Or just look at the link at the foot of this page!!)

Click here to read ‘An Epic Journey To See The Temple With Hundreds Of Unique Faced Statues And TV Cameras Were There To Film Me Too!