In terms of the total number of films ‘set’ in Japan, it was fairly slim pickings for the two decades between 1960 and 1979. Hopefully, I’ve been fairly extensive and have reviewed every one of them from that era but no doubt one or two have slipped my attention! Let me know! The tension is probably killing you so lets get started as we count down to the all-important number one at the bottom of this post… 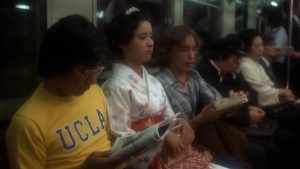