The Simpsons In Japan: A Lesson On Stereotypes

At the start of the year I was googling to find out the name of a Simpsons episode when I came across a lesson plan involving the dysfunctional family. Eight months later and I finally got round to doing a special lesson based around ‘The Simpsons‘ 30 minutes over Tokyo episode (season 10 episode 23).

Despite being hugely successful around the world ‘The Simpsons‘ have never made it big in Japan and are known as nothing more than CC family at best after they advertised the CC Lemon soda drink many years ago. Very few of my students had heard of them so they had to be introduced on the board via a fairly bad picture which I had. 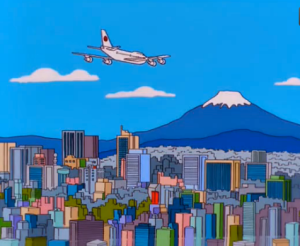 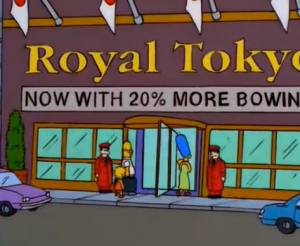 Before that I had done a very quick warmer on why people want to come to Japan, what places they want to visit and what tourists most want to do here. After that was an introduction to the word stereotype before they chatted in small groups about their impressions of various countries and their native inhabitants. 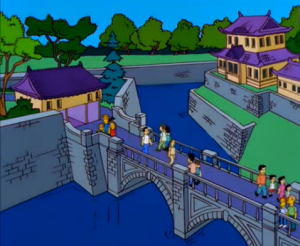 As someone who finds stereotyping and generalising funny this part was very amusing to listen to as was the next part which was about how non-Japanese viewed Japan and Japanese in terms of customs, sport, technology, food, personality, character, homes, cities, countryside, education and work. Lots of typical short answers there about shy people, crowded cities, small homes, advanced technology and hard work. 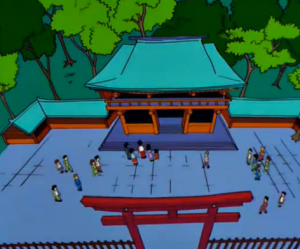 It was then time to play about 13 minutes of the episode (via my laptop) in three parts with a series of questions to go with each part designed to stimulate discussion such as why Homer always walks through the sliding paper doors, the seizures eminating from a cartoon, why an American family would go to ‘America Town’, Japanese quiz shows, things that Bart and Homer learned and how true the stereotypes were. 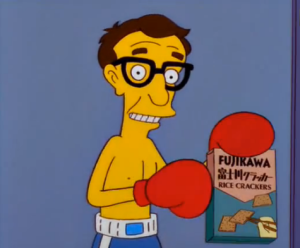 Additional resources being used in the classroom is always a welcome idea and can break up the monotony of the book a bit and I was very happy to try something different. I tried the lesson with two upper-intermediate level groups and I think they found it difficult to follow what was said especially the voice of Marge Simpson. 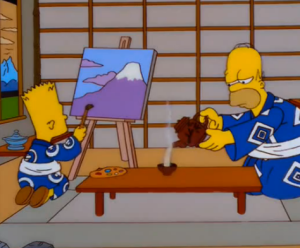 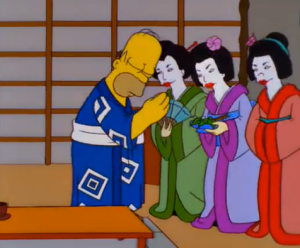 After all, as much as they may be able to listen to English, they almost certainly had never listened to cartoon voices. Overall though it was a nice break from the book for both the students and myself and interesting to use additional resources to try and stimulate their learning. 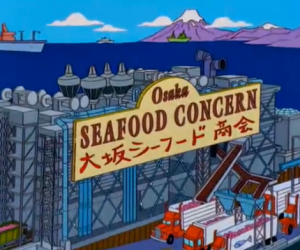 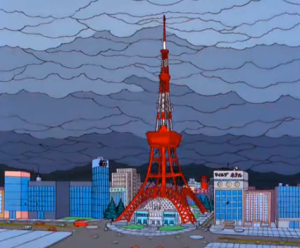 Click here to read ‘Japan-Related References In The Simpsons’

A Leicester City fan teaching English in Japan
View all posts by tokyofox →
This entry was posted in English Teaching, TV Shows and tagged english teaching resources, how to use the simpsons in english lessons, lesson on stereotypes, the simpsons english lesson. Bookmark the permalink.

13 Responses to The Simpsons In Japan: A Lesson On Stereotypes