After only a few hours sleep 2008 kicked off with a 45 minute morning bus journey to Blue Lagoon which wasn’t so agreeable with our new years hangovers. I didn’t feel too good but Sherwood even went as far as saying it was the worst 45 minutes of his life!

Obviously it was bl*ody freezing outside and the short walk from the door to the lagoon was far from comfortable to say the least. As warm as the water was it was still difficult being in the nations number one tourist attraction as the wind and occasional hail seemed to be forever in our faces. An interesting experience for sure. 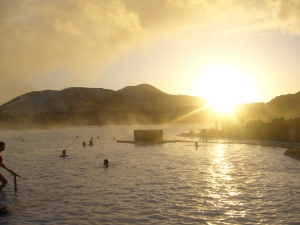 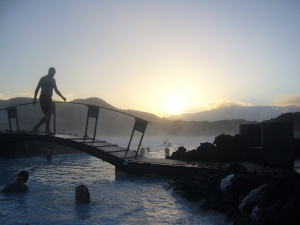 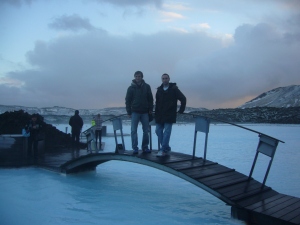 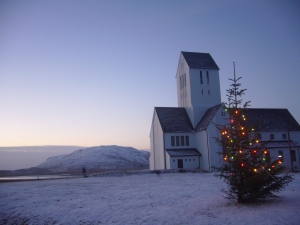 On January the 2nd we were up early doors to do a ‘Golden Circle’ bus tour of some of the country’s top natural sights which started with us arriving at Skalholt church in the foreground of some mountains in what seemed like the middle of nowhere. Lunchtime saw us arrive at Gullfoss waterfalls; Iceland’s most spectacular falls flowing down in three different levels.

After that I paid nearly a tenner just for some lamb soup which is supposed to be some kind of Icelandic speciality. Admittedly it was nice though no soup could ever be worth that kind of price!

Next up was the nearby geyser which erupted every few minutes and waiting for this natural phenomenon to occur was absolutely freezing while i was poised with my camera hoping to capture the perfect image. As the photos show I didn’t quite get the reward I deserved for freezing my butt off! 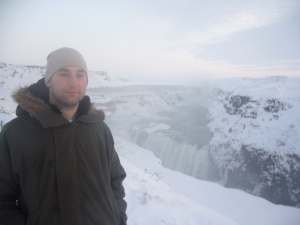 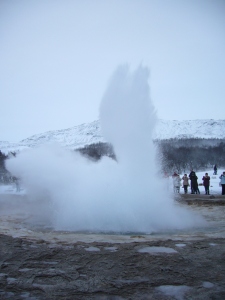 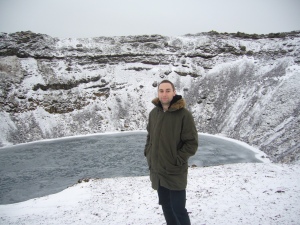 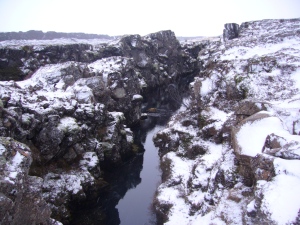 Our final port of calls were Kerio volcano crater lake (which was frozen) and Pingvellir National Park where there was a rift valley caused by two of the earths plates being separated…apparently! The water was so clear that you could see right down to the bed of the river thing with ease.

More expensive food (Icelandic lobster pasta for about 30 quid!), half a dozen beers and a few hours sleep rounded off an eventful few days in Europe’s most remote country and though things certainly never went to plan we experienced what we were kind of after in terms of a place not flooded by tourists.

A Leicester City fan teaching English in Japan
View all posts by tokyofox →
This entry was posted in Euro Travel and tagged golden circle tour, iceland. Bookmark the permalink.