Heavy rain in Reykjavik meant the plane for myself, Sherwood and Mark was 4.5 hours late in leaving Heathrow on December 30th and it was still p*ssing it down as we took the airport shuttle bus to Hotel Bjork. We got straight to work on the gin and tonics before walking into the city in the freezing cold which Sherwood the chav did without a coat. A mistake that he certainly didn’t make again after that!

Unfortunately very few places were open and those that were weren’t serving food at that late time of night so we had to settle for blue cheese pizza before coughing up about seven pounds fifty for our first beer which was a very fizzy one at that.

The following morning we headed out to see the city views from Hallgrimskirkja. Sunrise is not till 11am in the worlds most northern capital with sunset coming round only four hours later and as we reached the church (for kirkja is church) just before sunrise the heavens really opened up pelting it down with hail stones as well as increase in the wind speed. To add insult to injury the church was closed! 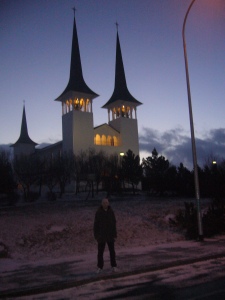 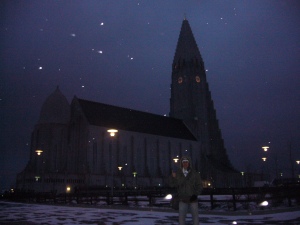 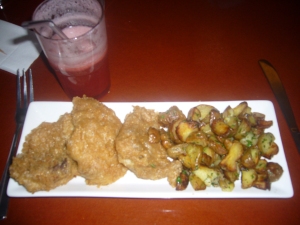 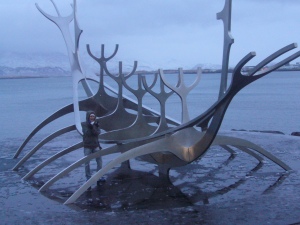 Icelandic fish and chips was served up for lunch at a quite reasonable price (by their standards anyway!) and after that we walked along the old harbour front in the snow for about 4km to get to the thermal baths at Laugardalslaug but that was typically closed so we headed back to the hotel as the conditions deteriorated further.

A few early evening shots in our room got our New Years Eve under way but things were to slow down big time after that. We got a taxi to ‘Vox’ inside the Hilton Hotel but thought it not to be our thing so another taxi took us to the city centre where absolutely everywhere was closed till after midnight.

We returned to ‘Vox’ but that had closed. However, they said we could have a table in the Hilton but when we sat down and saw the 8-course menu and the 120,000 ISK (about 95 quid!) price we came to our senses and left. Even the petrol station was closed so in the end we had three bags of crisps each back at the hotel while working our way through the G&T’s in bed with the iPod speakers pumping out the tunes and a relentless amount of fireworks going off outside our window. It sounds sad but it was very funny to us and will certainly live long in the memory! 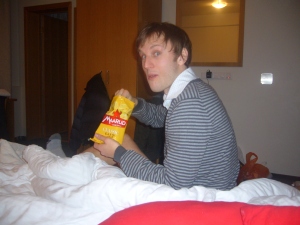 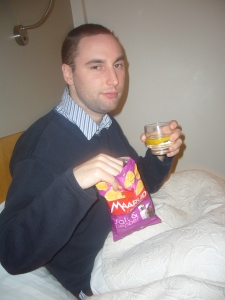 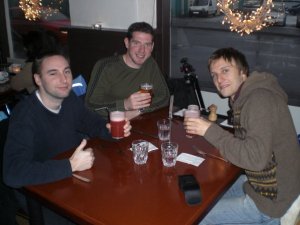 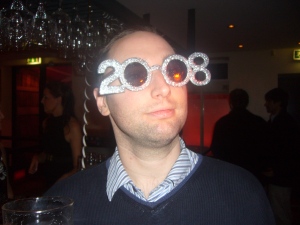