Having touched down in Budapest on the 30th I took the cheaper option of taking a local bus and then the metro to my hostel in Pest where I met up with Hugo a few hours later for the first time in nearly four years.

The following morning was bitterly cold as we walked over chain bridge to the Buda side and on upto Castle Hill where Buda Castle is located offering fairly impressive views of the city. I say ‘fairly’ as it was a bit grey and the weather was freezing cold. It was almost unbearable to take out my map or camera at times but I was faring way better than Hugo who, despite his muscular build, was being a right girls blouse moaning about the cold. What did he expect coming to Eastern Europe in the Winter?!! 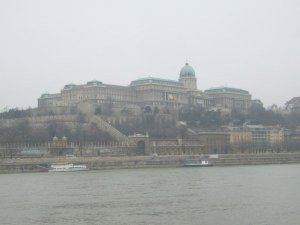 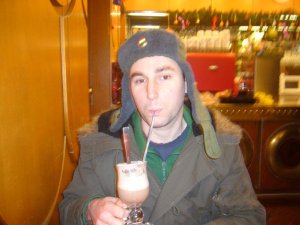 We battled the weather via a few hot drink stops and after seeing the wonderful Roman-esque architcture of Fisherman’s Bastion we headed back over to Pest taking in St. Stephens Basilica and the state Opera House on route to the House of Terror which was closed as it was New Years Eve. We were the further disappointed that we couldn’t get into two thermal baths as they were closing early. Hugo had had enough of the cold so went back to the hostel while I took a short hike up to the Citadell for a panoramic view of the city at sunset which was far more impressive than the earlier overcast views.

With low expectations for the arrival of the new year at midnight we just got some alcohol from the supermarket and sat in the hostel playing chess. Very rock and roll but believe it or not it attracted some attention and after talking to some American twins and a Canadian guy the five of us headed out to a nearby bar which emptied out completely at 11.30pm leaving just our group. We followed suit at 11.55pm ending up in the neighbouring bar for the start of 2009 before we were then asked to leave as we had inadvertently gate-crashed a private party!

Didn’t do too much on New Years Day other than book our bus to Bratislava for the following day, sample Goulash soup and relax at Gellert thermal baths which were better in appearance than in temperature in my opinion. Having experienced onsen in Japan a few times I guess I was expecting it to be hotter than the 40 degrees which it was. Still, it was way better than being outside in the ridiculous minus temperatures! 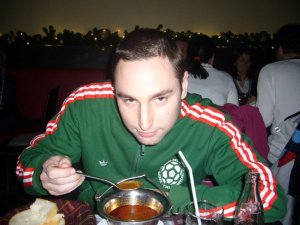 A Leicester City fan teaching English in Japan
View all posts by tokyofox →
This entry was posted in Euro Travel. Bookmark the permalink.