Las Vegas figured prominantly as Sean Connery returned to the 007 role in ‘Diamonds Are Forever’ (1971) which is far from my favourite Bond film but it does happen to have the finest theme song accompanying it.

On his arrival in this glossy location Bond goes to Willard Whyte’s house which is the Las Vegas Hilton and is slightly off The Strip so we didn’t bother going there. Besides it was the interior of Riviera Hotel & Casino at 2901 Las Vegas Boulevard South which was used in the scene where Bond wins $50,000 and meets the opportunistic Plenty O’Toole before taking her up to his room where smugglers are waiting and throw her out the window. Bond say that its lucky there was a pool down below to which the classic reply comes in the form of “I didn’t know there was a pool there!” 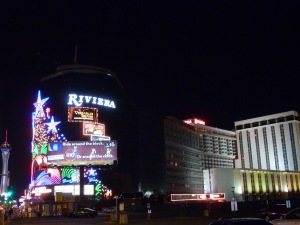 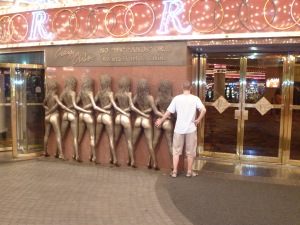 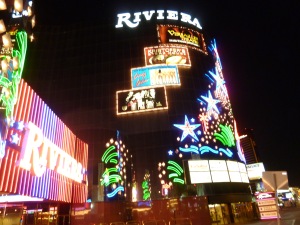 Its quite a walk up The Strip but we did go to Circus Circus at 2880 Las Vegas Boulevard South which the owner allowed to be used in the movie as he was a fan of the franchise. This is where Bond meets up with Tiffany Case wanting to retrieve the diamonds at its casino. 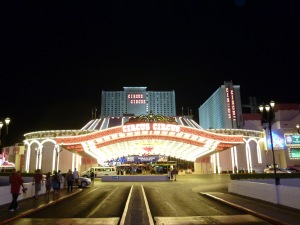 Bond himself stays at The Tropicana on 3801 Las Vegas Boulevard South and this fairly dull looking hotel (well compared to the others in Vegas its appearance is not so flamboyant!) was snapped from the window of our room at the MGM Grand. 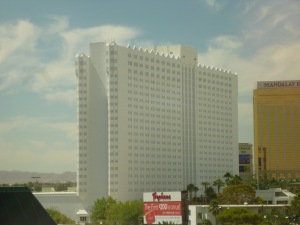 For anyone wondering why the parking lot of The Mint (where the car chase took place) isn’t included here that is because it was actually filmed on the backlot at Universal Studios. Now you know!

See other James Bond filming locations by clicking on the cities below: